Okay here we go, 50 of the greatest acting quotes we’ve ever come across. And we’ll always be adding more and more to the list… Enjoy!

“Study, find all the good teachers and study with them, get involved in acting to act, not to be famous or for the money. Do plays. It’s not worth it if you are just in it for the money. You have to love it.”

“Yes: I am a dreamer. For a dreamer is one who can only find his way by moonlight, and his punishment is that he sees the dawn before the rest of the world.” 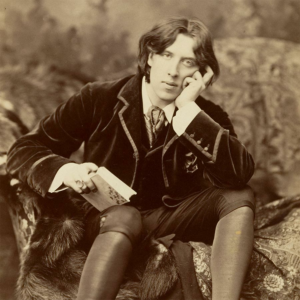 “Acting isn’t something you do. Instead of doing it, it occurs. If you’re going to start with logic, you might as well give up. You can have conscious preparation, but you have unconscious results.” 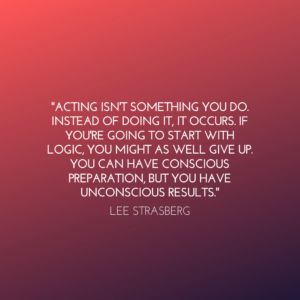 “If you have the emotion, it infects you and the audience. If you don’t have it don’t bother; just say your lines as truthfully as you are capable of doing. You can’t fake emotion.” 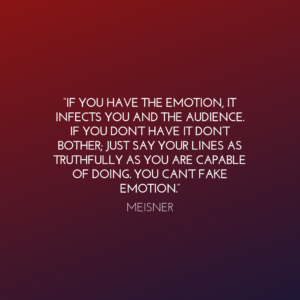 “To fulfil a dream, to be allowed to sweat over lonely labor, to be given a chance to create, is the meat and potatoes of life. The money is the gravy.” 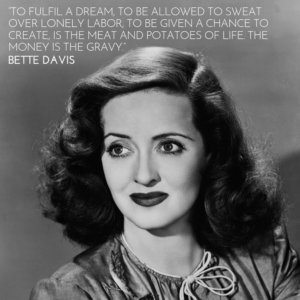 “I think the most liberating thing I did early on was to free myself from any concern with my looks as they pertained to my work.”

“If you always put limits on everything you do, physical or anything else. It will spread into your work and into your life. There are no limits. There are only plateaus, and you must not stay there, you must go beyond them.” 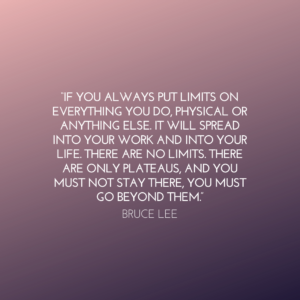 “Our deepest fear is not that we are inadequate. Our deepest fear is that we are powerful beyond measure. It is our light, not our darkness that most frightens us. We ask ourselves, ‘Who am I to be brilliant, gorgeous, talented, fabulous?’ Actually, who are you not to be? You are a child of God. Your playing small does not serve the world. There is nothing enlightened about shrinking so that other people won’t feel insecure around you. We are all meant to shine, as children do. We were born to make manifest the glory of God that is within us. It’s not just in some of us; it’s in everyone. And as we let our own light shine, we unconsciously give other people permission to do the same. As we are liberated from our own fear, our presence automatically liberates others.”

“You have to understand your best. Your best isn’t Barrymore’s best or Olivier’s best or my best, but your own. Every person has his norm. And in that norm every person is a star. Olivier could stand on his head and still not be you. Only you can be you. What a privilege! Nobody can reach what you can if you do it. So do it. We need your best, your voice, your body. We don’t need for you to imitate anybody, because that would be second best. And second best is no better than your worst.” 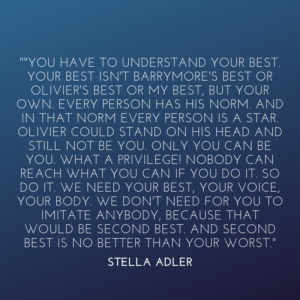 “An actor has to burn inside with an outer ease.” 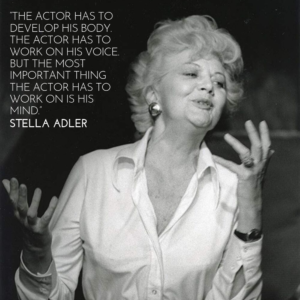 “What sets you apart can feel like a burden, but it’s not. A lot of the time it’s what makes you great.” 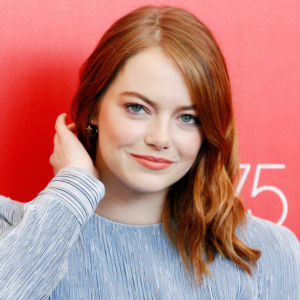 “Accept your lack of knowledge and use it as your asset.” 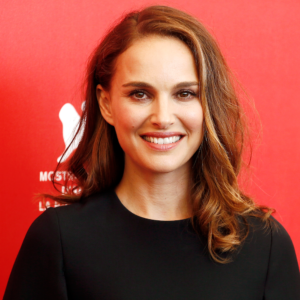 “When you do something that people respond to, and then you start altering the blueprint for what worked, it’s pretty fear-inducing. But sometimes, you have to do that, in order to push the boundaries.”

“There is a kind of invisible thread between the actor and the audience, and when it’s there it’s stunning and there is nothing to match that.”

“If you know you are going to fail, then fail gloriously.”

“You can’t learn to act unless you’re criticized. If you tie that criticism to your childhood insecurities you’ll have a terrible time. Instead, you must take criticism objectively, pertaining it only to the work being done.” 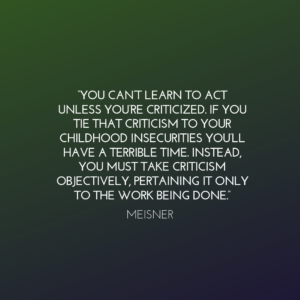 “I think the crucial thing about being an actor is to be doing it.”

“Once you are gold, you need to keep yourself golden. Even the best of it needs to be cleaned and re-exposed and put into the world again” 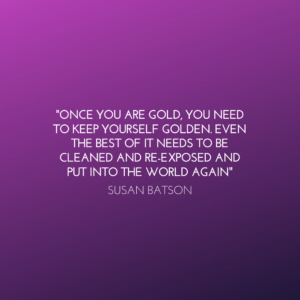 “To grasp the full significance of life is the actor’s duty, to interpret it is his problem, and to express it his dedication.” 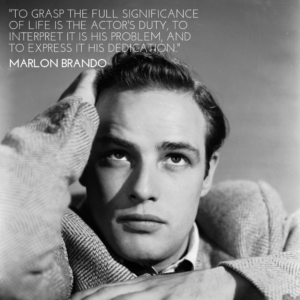 “Acting requires faith. You just have to believe that you are the person you’re playing and that what is happening is happening to you.” 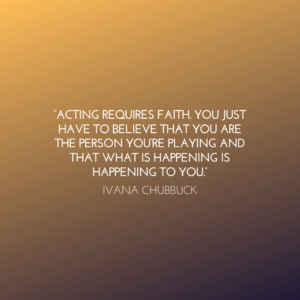 “The thing I like about acting is being able to lose yourself completely in someone else. I’m not that comfortable when I get recognised.”

“I think you should take your job seriously, but not yourself. That is the best combination.”

“Integrate what you believe in every single area of your life. Take your heart to work and ask the most and best of everybody else, too.”

“Be in the moment. Period. Just be there. Because if you get all like, ‘Oh I got to do this big thing.’ It just never works. It just doesn’t work. You’ve just got to let go. If it happens, it happens. If it doesn’t, it doesn’t. Whatever you do is ok, just be truthful, honest, real, and that’s all you can ask for.”

“As an actor you try to bring as much of yourself to a part to try and create a feeling of authenticity and emotional truth and resonance.”

“Acting is really about having the courage to fail in front of people.”

“Acting is not about being famous. It’s about exploring the human soul.”

“Our doubts are traitors, and make us lose the good we oft might win, by fearing to attempt.” 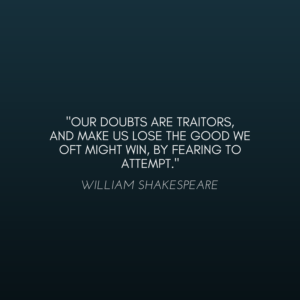 “Never stop fighting. Never stop dreaming. don’t be afraid of wearing your heart on your sleeve – in declaring the films that you love, the films that you want to make, the life that you’ve had, and the lives you can help reflect in cinema. for a long time… maybe I felt inauthentic or something, like my voice wasn’t worth hearing… So if you’ve got something to say, say it from the rooftops.”

“Acting is a form of self-expression, it’s not becoming someone else, and it’s not playing make believe; it’s about using the fiction of being someone else to express something about yourself.”

“It’s tough, acting. you have to walk two lines of a tightrope. there’s the all consuming fear of failure… and there’s also confidence – you have to be confident to try new things – And they fight each other all the time.”

“Every movie I make I find kind of excruciating. I get a lot back from it, but I feel like I’m kind of always working at the edge of my ability. I guess that’s what I’m looking for when I go to work. I am trying to become the edge.”

“I think there was something in me at a young age that was not worried about success, but was worried about becoming a better actor.”

“No matter where you are from, your dreams are valid.”

“You pray for rain, you gotta deal with the mud too.”

“When you work on anything, you want to find the range of impulses. which ones get portrayed is another question, but you want to have that complexity and that fullness, even if you’re playing a cartoon character.”

“Flip it. Hit the stage and go; “Keep up”. But you’ve got to do the work. You can’t do that without preparing the work. The great ones work that hard all the way to the end.”

“I’m sure acting is a deeply neurotic thing to do.”

“All I would tell people is to hold on to what was individual about themselves, not to allow their ambition for success to cause them to try to imitate the success of others. You’ve got to find it on your own terms.”

“The only way I can move past the absurdity of what I do, is to commit to the point of absurdity.”

“One day, the people that didn’t believe in you will tell everyone how they met you.”

“Vomit first. Then try to make something pretty with it.”

“Actors should not feel scared, about the fact that they’re scared. I think it’s a good sign.”

“I feel like telling stories is a spiritual exercise and I think that it’s something that we need as a culture and as humans. You put your nightmares up there, you put your dreams up there and people can see them better because they can stand outside of it and recognise themselves inside it.”

“Find out who you are & embrace it. It’s so much easier to face criticism when you are comfortable in your own skin.”

“The gratification comes in the doing, not in the results.”

“For me, our job as artists is to serve the story, serve the director, and serve the fellow actors. And if you do that, by osmosis you’re serving yourself because you’ll get the best out of yourself.”

Want inspo and advice from StageMilk in your inbox every week? Subscribe.

How to discover your X-Factor