Actors are always told that we should be honing our craft and creating original work. But it’s easy to fall into the trap of thinking we don’t have the tools to do this. You tell yourself – Sure, it’d be great to make a short film. But I don’t have an expensive camera, or sound gear, or screenwriting software, or Leonardo DiCaprio’s phone number.

Luckily, you don’t need these tools (although they would be fantastic). It’s possible to create materials as an actor in your living room, and you might have far more tools at your disposal than you realise.

By the end of this article, you’ll have learnt about nine acting tools you didn’t even realise you had: tools for self-taping or creating original film content. This article will show you it’s possible to create your own materials as an actor without forking out hundreds of dollars.

Don’t Let Perfect Get in the Way of Good

A quick word of advice: actors often feel like everything that we put out into the world needs to be perfect. This comes from a good place – we want to make amazing work! But the focus on perfection can lead to procrastination. It’s possible to make good content on a minimal budget, without professional tools. While production value is important, industry professionals are often more interested in the creativity and originality of a project. A short film shot on a camera phone may not have the most amazing visual quality, but it will be good, and the sooner you get comfortable creating imperfect work, the better off you will be.

The first acting tool you likely already have (since you’re reading this blog) is a camera phone. Most phones nowadays have a built-in camera and the visual quality is usually reasonably good. Of course, it’s awesome to have a professional camera but it is more than possible to shoot high-quality content on a phone.

Entire feature films have been shot on iPhones in recent years. Take Stephen Soderbergh. He filmed the entire feature Unsane with Claire Foy on an iPhone, and it won awards!

A feature film is an enormous project, but you can think small. Why not use your camera-phone to make a short film or a sketch?  You can also purchase lens attachments for camera phones that allow you to create wide angles or even anamorphic lenses that give your video a cinematic quality. While these do come at a cost, they are more affordable than purchasing a professional camera.

Having a plain backdrop is essential for filming self-tapes. As an actor, you want to be able to film self-tapes at home at short notice, as hiring a studio space is time-consuming and the cost adds up. While it is ideal to have a blue or grey backdrop, a plain white wall will do the trick.

It’s great to get in the habit of filming self-tapes regularly. These don’t need to be for auditions, they can just be roles you’ve always wanted to play. This can also be useful for developing a self-tape reel, which is increasingly seen as an alternative to a professional showreel. If you want to know more about the StageMilk scene club, where you put a self-tape down every month and receive feedback from industry professionals, check us out here.

Okay, so you’re better off purchasing a good quality tripod to film self-tapes, no doubt about that. But sometimes, as actors, we need to improvise! I know actors who have had a last-minute self-tape and ended up creating a “tripod” with a nearby chair or a stack of books. If the lack of a tripod is preventing you from self-taping, I’d advise either purchasing one or getting creative with the surrounding objects. Plus, pretending objects are other objects is always good practice for an actor! 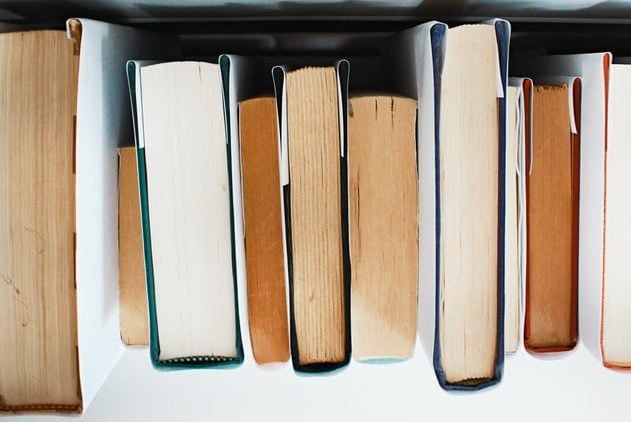 The voice memos app can be useful for recording vocals and sound effects. If you find your camera phone does not record good quality audio, this can be a great alternative.

Another great way of using voice recording software is to note ideas that pop into your head, whether they are for sketches, films, plays or just random bits of conversation that catch your interest on the bus. Rather than needing to write everything down, you can speak the idea into your voice memos app and save it for later. You never know when inspiration might strike.

We are lucky to live in a time where there is so much free film editing software out there, for example, MacBook computers will come with iMovie built-in, and Windows have a similar software called Video Editor. Many of these apps are beginner-friendly and there are also free tutorials on YouTube. With this software, you can edit videos, add text, music and effects.

Not that you shouldn’t buy more professional editing software. But it’s possible to edit videos on a shoestring budget, provided you have access to a computer or phone. That’s right – you can even download a video editing app onto your phone. Then you have the tools to film and edit self-tapes, sketches and short films, all in the palm of your hand.

Lots of actors think that to write scripts, they need professional screenwriting software. Screenplays have a specific format and if you want to imitate this formatting it can help to use software like Final Draft, Squibler or Fade In. But that doesn’t mean the price tag on a screenwriting app should deter you from writing scripts.

If you research the formatting of screenplays (again, thanks to the magic of Youtube), it is easy enough to imitate, using regular word processing software like Word, Google Docs or Pages. However, if you’re after the screenplay “look”, there are also plenty of free trials for professional software available.

Finding like-minded creatives as an actor is so beneficial. Fellow creatives, whether they are actors, musicians, writers, directors or film crew, are your best resource in this industry. This is partially because you can collaborate on projects together, like short films, sketches, plays and self-tapes. But it is also because having a support network is integral. It’s great to speak to people who understand the highs and lows of creative work.

Finding like-minded creatives as an actor is so beneficial. Fellow creatives, whether they are actors, musicians, writers, directors or film crew, are your best resource in this industry. This is partially because you can collaborate on projects together, like short films, sketches, plays and self-tapes. But it is also because having a support network is integral. It’s great to speak to people who understand the highs and lows of creative work.

If you don’t already have many creative contacts, there are a few ways you can build these. One great way is to join a class, like the Stagemilk Drama Club. As an emerging actor, a wonderful way to build connections is to work on short films with the local film schools or independent companies. Attending theatre shows and networking events can also be a good idea.

While having other creative collaborators is a great tool, you want to make sure you are giving the same level of effort that you expect in return. If you want other creatives to help you with your projects, be generous in helping them. Don’t place all the focus on where other people can get you. As much as it’s useful to have contacts in the industry, these contacts are also just people.

It’s awesome to practice lines and film content with fellow actors. But when you don’t have an acting partner nearby, a willing (or reluctant) friend or family member will often do the trick. You can use the people around you to help you practice lines, film self tapes and develop creative ideas. There is also a hidden benefit to collaborating with those who don’t work as actors themselves. They can be an excellent judge for self-tapes, as they provide an audience perspective and can tell you whether they’re entertained by the project.

The last free resource you didn’t realise you had (or maybe you did realise), is the Stagemilk website. This website is created by actors, for actors and is full of free resources to help you learn and progress in your career. Whether you’re looking for monologues, scenes, how-to-guides or even Shakespeare resources, Stagemilk has got you covered. For a great start, check out: How to Self-Tape for Film.

A large part of building a creative career is learning how to be resourceful and make things happen without a million-dollar budget. You already have the tools in your toolbox, so why not get started?

Miranda Michalowski is an actor and writer. She is currently studying a Bachelor of Arts (Theatre Studies/Writing) at The University of Notre Dame and is also part of the HubStudio's 2021 Sydney Ensemble. She also reviews for 'Theatre Travels'. Miranda has acted in short films and theatre, and is passionate about creating female-driven work.

How NOT to Have an Acting Career