Whether you’ve just graduated from drama school or you’ve been in the game for many years, attending class is integral to your work as an actor. Continuing your training not only allows you to further your craft, but also form a community with other actors. Meeting other artists with whom you can rehearse, collaborate and even socialise with can be just as valuable as engaging in the work itself.

As a major acting hub, London has a plethora of classes on offer, ranging from weekly classes to short courses. Think about what areas of your skills you feel could be best supported by extra training. Do you need more screen experience? Would you benefit from the routine of a weekly scene study class?

Most importantly, make sure that you are working within your budget. You don’t need to attend every class in the city – it’s simply not possible nor financially sustainable.

Here are a few places that offer acting classes that we recommend you attend in London.

Established in 1978 by actors for actors, The Actors Centre offers professional development and a space for actors to network and train. The centre offers a wide range of classes and workshops, ranging from screen, theatre, Shakespeare, voice, character acting and creating your own work to masterclasses dealing with more practical issues such as managing nerves and tax returns. The centre is also home to the Tristan Bates theatre.

All workshops are led by industry professionals and occasionally include appearances by big names such as Denise Gough. The Actors Centre also hosts a number of panel events and industry advice sessions.

To have an Actor membership, you must either be a member of Equity, Spotlight or have attended an approved list of drama schools in the UK. Actor memberships offer discounts on room hire, concession rate tickets to shows at the Tristan Bates Theatre, invites to networking events, access to a co-working space and more. Membership is £50 for six months and £75 for 12 months.

If you’re looking to up your screen acting, self taping and audition technique then Mixing Networks is the place to go. The company aims to bring the ‘American work ethic’ of constantly honing your craft to the UK industry with regular workshops that get actors on tape as regularly as possible.

Mixing Networks runs a weekly auditioning for camera course in addition to regular online and in person workshops with a wide range of very well known casting directors. Other workshops include self taping and casting for theatre.

They also offer membership which provides reduced prices on classes, discounts on industry events and exclusive member only events. Membership only costs £20 which is pretty good value, especially if you regularly attend their classes.

GoHub Workshop is a weekly scene study class that emphasises building a sense of community amongst actors and focusing intently on the work. Encouraging individuals to view fellow actors as “community not competition”, the studio helps actors to develop their skills in a safe and supportive space.

Workshops are held twice weekly and are a great way to maintain a sense of stability with your acting. GoHub also offers screen acting classes and occasional workshops with casting directors. Classes are £30 per session and are currently run in London and Birmingham.

Billed as London’s ‘original alternative to drama school’, the Actors Temple is a leading training studio founded on the Meisner technique. The studio has been operating for 15 years and is available to anyone eager to learn the craft of acting.

The studio has a three phase training program, beginning with the Foundation Course which can be completed part time. It is compulsory to complete the foundation in order to attend the studio’s weekly Meisner repetition classes. You can then apply to the Core Training course and subsequently, the Advanced Training Course.

The Actors Temple also holds workshops covering accents, the business of acting, audition technique and mindset. This studio is a great option if you’re particularly interested in the Meisner Technique and/or you’re new to acting.

Best known for its three year BA Acting course, the Royal Academy of Dramatic Arts also offers short courses taught by RADA staff. Their Elements of RADA course does not require an audition to participate and covers the essentials taught within the school; Voice, Movement, Contemporary Text and Classical Text. This is a great choice for actors that are looking to audition for Drama School and get a feel for what formal training involves.

RADA also offers other short courses that cover subjects such as Shakespeare, Scene Study, Singing, Movement, Textwork, Voiceover, Stanislavski and Uta Hagen Technique. Entry via audition is required for some of these classes, depending on their level. Whilst their classes are on the pricier side, RADA’s reputation is outstanding within the UK and internationally.

Running in multiple cities across the world, Anthony Meindl is renowned for his non-method approach to acting. His technique focuses upon listening and reacting, rather than memorising or using repetition techniques. His classes emphasise play, getting in the zone and taking risks.

Actors are required to complete the foundation course, which introduces you to the Anthony Meindl technique. Once completed, you can participate in the ongoing and scene study classes. Auditing is free if you wish to attend a class and get a sense of whether it might be a good fit for you.

The Flux Gym was founded by Flux Theatre to create an accessible space for actors to “lift scripts not weights”. The gym offers access to regular, affordable workshops including performing new writing, improvisation, accents, clowning, writing for actors, vocal classes, maintaining your mental health, working as a freelancer and more. They have a dedicated play discussion club and run classes in person and online.

Their membership program is just £25 per month and their individual classes are £7.50. If you’re short on cash, this is a fantastic option that can provide you with consistent training and help you meet other actors in the same boat!

The Giles Foreman Centre for Acting focuses on the Character Analysis and Movement Psychology technique, developed by Yat Malmgren and Christopher Fettes, founders of Drama Centre London. This technique is derived from Laban and focuses upon expressing the inner state of the character through external movement.

City Academy is a performing arts school that runs a wide range of classes in a number of venues throughout London. The school has a diverse range of classes suitable for beginners through to professional actors. Classes are timetabled to fit around your working life and cover a wide range of areas including regular acting classes, stage combat, screen acting, improvisation, voice movement, Meisner technique and Method acting.

They also offer the chance to participate in Resident Companies, which allow students to put their skills into practice, rehearse a production and showcase it to an audience. Classes are paid for on a class by class basis, with no membership fee.

If you’re a member of Spotlight, they regularly offer free workshops, classes and Q&A’s with industry professionals that are certainly worth taking advantage of. The Spotlight directory also has an extensive list of industry contacts which lists acting classes, coaches, vocal coaches, self taping services and more. This list is an incredibly useful resource and worth taking a look at if you’re registered with Spotlight.

Unlike other traditional Alexander technique classes, the Interactive Teaching Method operates through a group lesson format and helps students realise their potential through enabling student’s ability to be flexible in their thinking and thus their movement. Each student has the opportunity to observe their classmates’ lessons and therefore enrich their learning experience.

There are a number of London based teachers as well as throughout the UK and the US. Workshops are also held regularly throughout the year with the creator of the technique, Don Weed. If you’re eager to expand your way of thinking and find more ease in your acting, then I’d highly recommend attending a class with an ITM teacher.

For expert training in the art of motion capture acting, the MoCap Vaults is the place to attend. Courses are taught by veterans of the industry, with students going on to book professional work in the mocap world.

The studio currently offers a one day Intro to MoCap course and a Heroes and Monsters course, which focuses on creating characters for performance capture. This is followed by an Advanced course involving cinematics, action and combat. All students are required to complete the introductory course.

If you’re a physical actor and you’re interested in breaking into the motion capture world or simply interested in trying something different, then it’s worth checking out.

These are just some of the acting classes we recommend in London and by no means is an exhaustive list. If you’re looking to study full time at Drama Schools in London, check out our list of acting schools in the UK.

And if you’re living in a remote city, or can’t afford to do acting classes every week, you’re welcome to join us in StageMilk Drama Club. It’s an online scene club where actors from all over the world come together to work on their acting, and support each other in our tight-knit, passionate community. We send in self-tapes every month, and get personal feedback from industry professionals in video format! 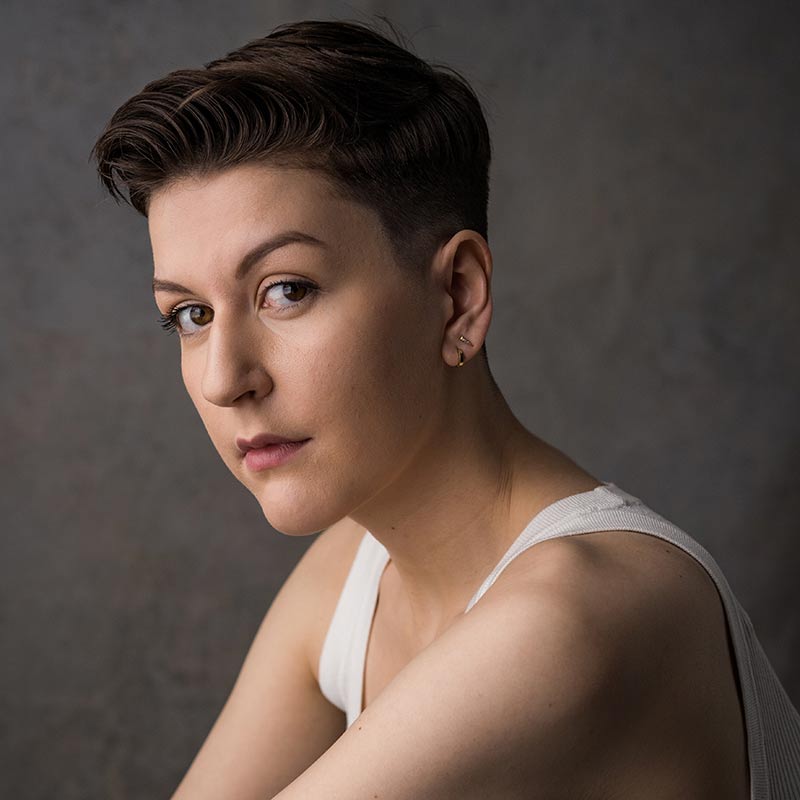 Alice is an actor and theatre-maker based on Gadigal land / Sydney, Australia. Alice trained at the Bristol Old Vic Theatre School in the UK and then worked in London before moving back home. She loves cooking, reading, bushwalking and bouldering in her spare time.

How to Get on Spotlight

Where to Find Acting Auditions in the UK