So you’re doing your first play. If you’re new to the theatre, or you’ve only ever acted in front of a camera, working on a play might be a new and strange experience. Theatre is visceral and alive: ethereal and thrilling. You’ll soon discover it’s also quite different from working on a film set. We’ve put together this handy guide to cover everything you’ll need to know about treading the boards for the first time.

Before we take a look at the process of working on a play, here are some key things to remember about performing in a theatre.

Your use of your voice is critical. You need to be heard by the back row and often you will be working without microphones. If someone in the audience can’t hear you, the experience will be entirely lost on them. Theatres come in all different shapes and sizes and present all kinds of acoustic challenges. A good vocal warm-up will give your voice the resonance and tone to reach the back row easily without you having to push it.

Likewise, the back row needs to be able to read your body, face, and physical expression as clearly as your voice. So your performance might need to be a little, dare we say, bigger than what you might produce on camera. Listen to your director here; they are the audience’s ‘eye’ and will help you manage how big your performance should be. Generally, you’ll need to be engaging your entire body even in your smallest actions and committing physically to every choice you make.

One key thing to remember is not to divert attention away from your fellow actor when the focus ought to be on them. This is known as ‘upstaging’ and is generally frowned upon and disrespectful to the other actors. An example of this might be doing something comical while another actor is speaking. In theatre, we can’t dictate where an audience looks, as we can in film. It’s up to the actors on stage (along with clever use of lighting and staging) to help guide where the audience should be looking. If you’re providing a distraction, the audience might miss crucial information. A good way to help the audience follow along is to put your focus into wherever they should be looking (unless it’s you!). That is, look at what or whom they should be looking at. That way, if they happen to look over at you, they’ll be silently directed to look back to where you are looking.

There are loads of other things we could cover, but a lot of these you will discover in the rehearsal room. So let’s move on to the text.

Different directors will have different approaches to text. Some may opt to spend up to week or more of rehearsal sitting down with the text and combing through it. Others may bypass that process entirely and start working on the floor, scene one, day one. For your own practice as an actor, it’s good to develop your own script analysis habits to cultivate a thorough understanding of any text you are working on. This is a huge topic, but here are a couple of our best tips to get you started. These can all be achieved prior to rehearsals beginning.

I mean, you knew that, right? Great. Now read it again. It’s never a waste of your time to read through a text a second, third, or tenth time. You will always uncover something new, make new connections between ideas, and unearth new possibilities for your performance. While you do so, look out for any extra information that could help build your character. What are other characters saying about them? What do the stage directions say?

Make note of all your character’s punctuation. The writer has chosen specific punctuation for every line and it’s your job to understand why . It’s a clue into your character’s psychology at any given moment. We love talking about punctuation in the theatre, it’s just as important as the words it gives structure to. Does your character use a lot of ellipses and dashes? What does that tell you about how they think? Perhaps they speak in short, clipped sentences. What makes a person speak like that? The answers are up to you, but they must always come from the punctuation.

Crack Out the Dictionary

It’s likely your character speaks in ways that you don’t and uses words you normally wouldn’t. Even if you think you know exactly what everything means, it doesn’t hurt to clarify. On that note, Google is your friend, and it’s worth looking up any references that you aren’t familiar with. This all helps to build a richer understanding of your character and the world they are in.

Once you’ve done all this, you should feel like you’ve taken a deep dive into the text and you’re well equipped for rehearsals. 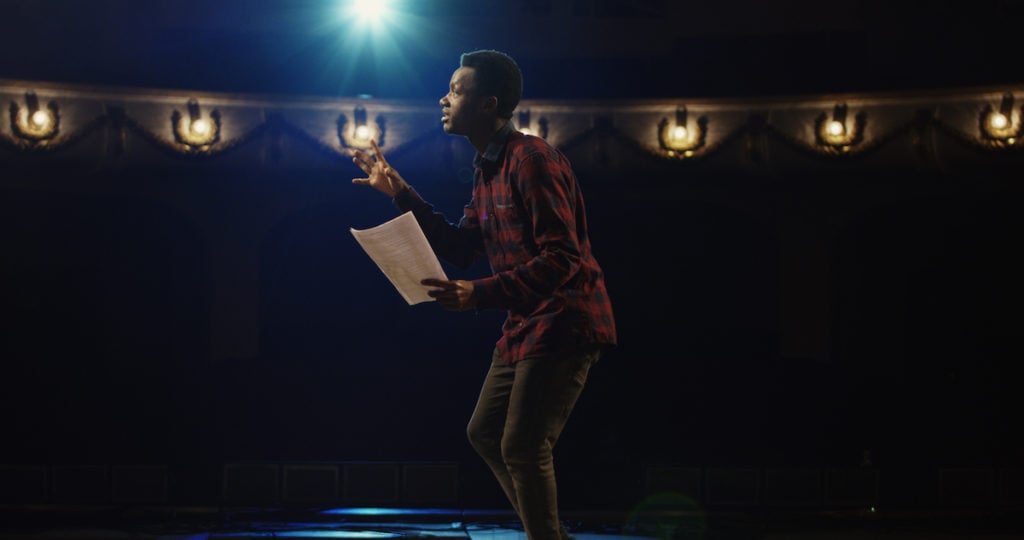 What can you expect from rehearsals? Like we’ve said above, every director likes to work in different ways, and your experience in the rehearsal room is largely dependent on this. This just means you’ll need to be open and flexible, and show up ready and willing to jump in; this is a key skill for an actor.

If your director likes to do some table reading and script analysis, you’ll gain an insight into their perspective on the text, as well as that of your fellow actors. Listen to what everyone has got to say and take notes; it’s all usable material. They may want to run some warm-ups or games to begin the day, though this gets less common in more professional rehearsal rooms. Perhaps they want to get up on the floor and start working scenes straight away. This can be daunting, but remember that everyone is in the same boat from day one, and the rehearsal room is a safe space where it’s okay to mess up.

Now for a big question: should you learn your lines prior to rehearsals beginning?

The answer is yes. And no. Everyone has different views on this. One school of thought suggests that if you learn your lines before getting into the room then you’ll be locked into the ‘choices’ you made while you were practising them, making it difficult for you to break out of those choices and utilise your actorly creativity. Another says that in order to really be present and listening in a scene you need to know your lines back to front. Ultimately, this is one of those things you figure out over time, and the process is different for each actor. It’s likely your director will expect a high level of familiarity with your lines, but will want you to be able to take direction and be flexible with your choices. Feel free to speak to your director prior to rehearsals and ask them what is their preferred way of working.

Rehearsals will normally run for several weeks. You’ll learn how your director likes to work, so be prepared for anything. You’ll discover loads about the play, you’ll make offers, you’ll throw stuff away. This is your time to play. Rehearsals can be gruelling, but they can also be very, very fun. Enjoy them!

Production week, or ‘tech’ week, is the period of transition from the rehearsal room into the theatre. This is usually the busiest and most stressful period for the entire production team. The week usually consists of the ‘bump in’ (where the set is built into the theatre and all the props and costumes are brought in), the ‘rig’ and ‘plot’ (where lights are installed in the theatre’s rig and adjusted into their positions by the lighting designer), the ‘tech’ (where the director, sound designer and lighting designer test and adjust every lighting and sound cue in the show), dress rehearsals (a full run of the show with all technical elements), previews (a full run with an audience, after which directors may make final changes) and opening night. Check out our Actor’s Dictionary for definitions of common terms you might hear during this period.

Actors are usually only required from the tech on-wards. In the tech, you’ll be required on stage to assist by running through sections of the play that involve a technical cue (a lighting or sound change). The tech can be long and tedious, but it is absolutely crucial to the success of the show. Being patient, quiet and attentive during tech will help speed up the process for everyone. Tech can also be a very useful time for actors, because the focus is not on you for this period. This gives actors the opportunity to reflect on the work you’ve done so far, and what you need achieve before dress rehearsals.

After tech comes the dress rehearsal, which is likely your final run-through of the show before it’s seen by an audience. Be prepared for the director to give extensive notes and make changes during dress rehearsals. You may do more than one dress rehearsal.

Previews are a chance for the director to see how the show runs in front of an audience before it officially opens. There may still be small changes made to show between previews and opening night. Tickets for previews typically cost less than the opening night performance and beyond, however that doesn’t mean a preview audience deserves a lesser show. Make sure to give 100% to any audience you have!

And then comes opening night – you made it! Some directors like to call this the moment where the show is officially ‘yours’, as it’s now in your hands for the rest of the season. Opening night should be an enjoyable night; it is the culmination of all your hard work, so have fun!

However long the season is, it’s going to be a test of your endurance. Remember that your audience is paying to see your show, and your job is to make sure every audience gets their money’s worth. How you do that is up to you and your fellow actors, but it’s always a good idea to ensure you’re getting plenty of sleep, eating well and drinking plenty of water during the season. Theatre can be exhausting: make sure you’re looking after yourself!

Don’t get sloppy, the hard work is certainly not over – if anything, it’s just beginning!

Always, always, always warm-up before and warm down AFTER your show! It’s so important to really warm up the voice and the body – get your vessel ready for storytelling! It is equally as important to take some time, even if it’s just 5 minutes, after each show to warm down, to cool off, and to ground yourself. This is especially important if you’re playing a tough character, or working on some heavy text that requires a lot from you emotionally. 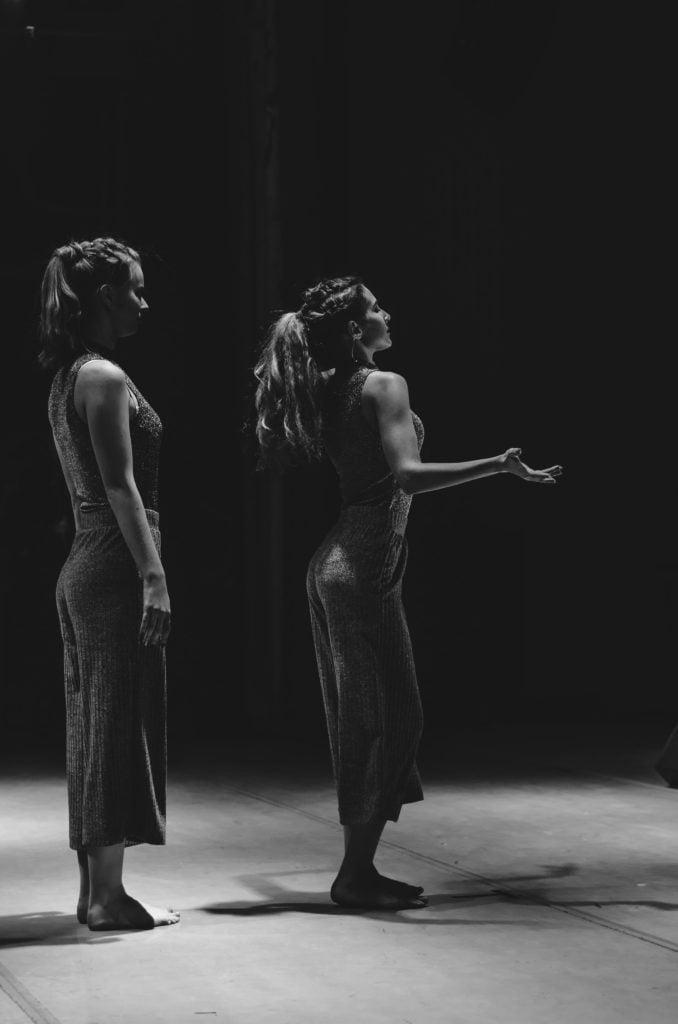 And that’s it! At the end of the day, acting is acting. But we wanted to make a comprehensive guide for actors at all stages of their career, looking at how to act in the theatre. Chookas, and break a leg!

How to Put on a Solo Show

How to Participate in a Show Development