More details on preparing your drama school audition pieces here, and a list of the best drama schools in the UK and their curriculum here.

Audition format: RADA doesn’t do a group warm-up or tour. Instead you’re split into separate groups with separate panels. Auditionees will then go in individually and have a one-on-one chat with their panel. You’ll then be asked to perform your prepared two or three monologues.

Facilities: Although there wasn’t an official tour of the space or facilities on audition day, RADA has three incredible theatres and you can bet their studios and rehearsal spaces are more than up to scratch! 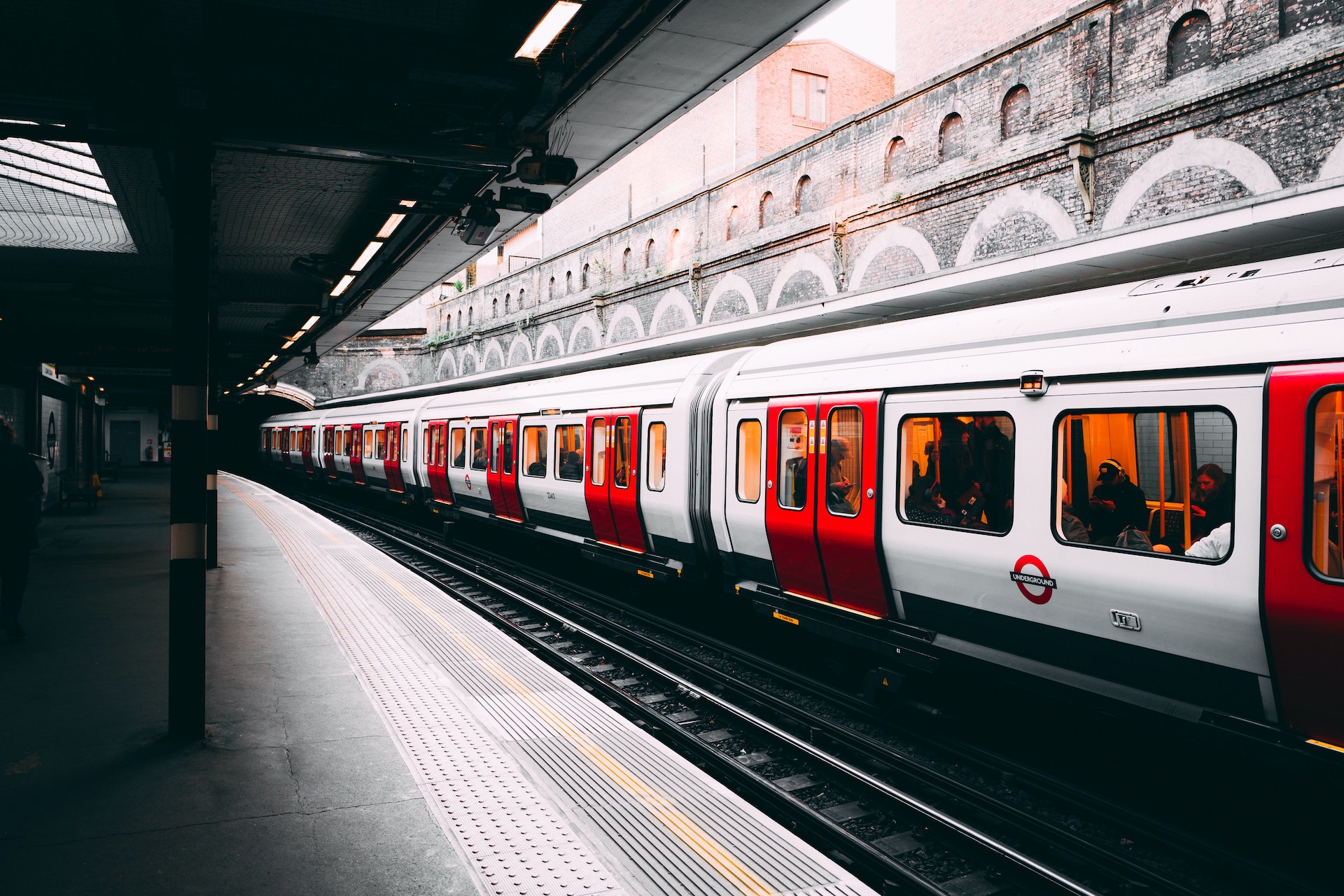 Audition format: There’s no warm up component at LAMDA either, and so auditionees go straight in to perform both pieces for a panel of current staff. No direction is given and you’re not to make eye contact with the panel during your performance. You will then be interviewed by two LAMDA alumni. Both these elements of the audition process are quite impersonal; you don’t get a chance to talk about yourself, so if you don’t take risks with your pieces and prove your acting chops then, you may miss out on a callback. You find out the results via email after a few weeks.

Facilities: The studios that I saw were of a good size, there was a well-stocked library, and there was a slow but steady buzz of student activity. 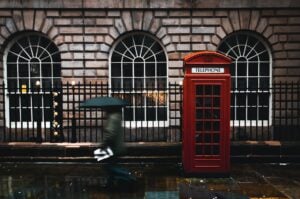 Audition format: The Guildhall audition begins with a small warm-up session. Auditionees then perform both pieces alone, for a panel of three tutors/graduates, and you are free to use them as eyelines. You are given direction, and asked to perform the piece again with that direction in mind. Very rarely auditionees may be asked to perform a song, though from experience and word of mouth this is highly unlikely. There is no official tour, but you can wander the building and check out the facilities if you wish. Results are given on the day.

Facilities: Located in the heart of the city, the building is huge and very new. I noticed that a lot of the facilities are very accessible. The audition space was quite small, but there seemed to be a range of different sized, well equipped studios and other great facilities. 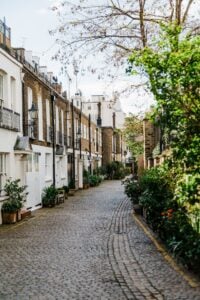 (Sydney) Audition format: The audition begins with a well-rounded warm up. You then perform for a panel of two and about 20-30 other auditionees. You’re allowed to use another auditionee as a scene partner. Recall notices are given on the same day for an afternoon recall, which is filmed and then sent off to London. There is also time for an optional Q&A with some graduates and tutors.

Facilities: As I auditioned in Sydney, I was obviously unable to see the facilities, but the admissions team offer a tour of the campus if you are ever in London and received a recall during your international audition. 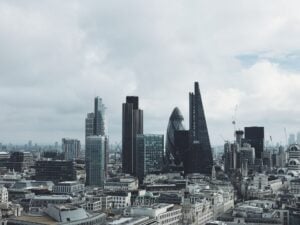 Audition format: The Mountview audition begins with a quick warm up in groups of 80-90, which is later split up into groups of about 15. The groups then rotate through the following stages: Q&A with current students, performing audition pieces, and a movement and improvisation workshop. When performing your piece, you perform in front of a panel of two as well as the rest of the auditionees in your group. You can use one of the other auditionees as a scene partner or eyeline.

Facilities: Mountview’s current facilities are quite dated but they’re building a new campus at Peckham, which will be ready at the beginning of 2019! The new building will not only house the drama school, but also be an accessible creative hub for the area.

Audition format: There is a short warm-up in groups of 10, before auditionees perform both pieces for a panel of current staff (with the other auditionees in the room). You can either use another auditionee as a scene partner, or someone on the panel as an eyeline. No direction is given, you will only have one chance to perform your monologue, and there is no interview component. A small tour of the facilities is given, after which the results of the first round are announced.

Facilities: Drama Centre is in the old Granary building which is now a renovated creative hub. Most of the students were in rehearsals so it was very quiet and we weren’t able to view all of the studios, but from what we did see they were fairly large and the building is very light and open.

Audition format: Most auditionees take the bus from the centre of Oxford to the OSD campus (30mins). There is then a workshop component, which focuses on movement. Monologues are presented in front of a panel of three staff and about 7-10 other auditionees. No direction is given. It’s important to note that the panel will stop you as soon as you reach two minutes. You find out after lunch time on the same day whether you have an afternoon recall or not.

Facilities: The drama school is a newly renovated tranquil farm in the middle of the countryside. The buildings are newly renovated inside. There’s a very small library, and a total of about six rehearsal spaces, which is plenty as OSD only accept 80 students each year.

Audition format: Auditionees are taken on a tour of the facilities. You will then audition for a panel of graduates, and will be given a scene partner/eyeline for your monologue.

Facilities: The grounds of Rose Bruford are breathtaking – there’s a lake and lots of greenery so it’s very secluded and peaceful. Their main theatre is large and versatile, as are their other studios and library. Rose Bruford also have recording studios on campus.

Audition format: Before the workshop component, there’s a tour of the facilities. The workshop is very ensemble focussed and doesn’t really warm up the voice or body, but is great for gaining energy and focus. You then perform for a panel of two staff and direction is given for one of your monologues. You can use the panel as eyelines.

Facilities: A huge building in central Glasgow that has three large performance spaces and studios of all sizes. There was a brilliant, busy atmosphere as the building was full of music, drama, and design students. There is a large library which is also open to the public.

Audition format: The audition starts with a group warm-up – with all 40 or so auditionees. You are then split up into four groups of ten. Some will do their auditions first, whilst the others go on a tour of the school – and vice versa. You’ll perform in front of your group and a panel of two.  You won’t be able to use someone from the panel or an auditionee as a scene partner/eyeline.

Facilities: The school has a lot of studios, a great library, a gym (complete with treadmills!) and a café. Because ArtsEd is a day school for kids as well as a drama school for adults, ArtsEd is always very busy!

Welsh College of Music and Drama

Audition format: The audition takes place in groups of six auditionees, which may be a mix of both BA and MA applicants. Auditionees are asked to perform both monologues for the panel of three, are then given direction, and finally there is a short interview. You are encouraged to look at the panel or use your fellow auditionees as scene partners.

Facilities: As there is no tour component, I really didn’t get to see much of the facilities apart from the studio we were in, which was quite large. The school itself is just down the road from Cardiff castle and has views of the beautiful Bute park.

Hopefully these first-hand audition insights will help you in preparing for your auditions to UK drama schools. We wish you all the best!

Lessons from a Top Casting Director