Waves of Australian actors have been moving to Vancouver for the better part of the last decade but lately, that wave has turned into a constant tsunami flow of creators all heading to the Great White North. And why wouldn’t you? Fondly referred to as ‘Hollywood North’, the film industry here is truly bustling. Studio space is booked up with productions for the next few years, Martini Film Studios are currently completing construction on one of the largest film studios in North America and you can’t walk around Vancouver without stumbling across a shoot. There are streaming services popping up left, right and centre and Vancouver’s delicious tax breaks, matched with the dollar, is sending more productions up from LA than ever before. Vancouver the city itself is divine; the glistening water, the soaring Douglas Fir’s of Stanley Park, moderate climate (by Canada’s standards); all wrapped up in the loving arms of the huge North Shore Mountains.

As gleamy and dreamy as Vancouver sounds, the reality of moving across the world is no small feat. This guide offers some tips from someone who has been through it all and help you move to a city that can make your dreams a reality, while dealing with the reality of a move that can easily become a nightmare.

The most common and easiest visa to get is the International Experience Canada or IEC. If you are under the age of 35, you are eligible to work in Canada for 2 years from your time of entry. It is flexible, and allows you to work as much or little as you like, travel as much or little as you
like, with essentially no strings attached. There are a number of fantastic resources that provide current information. You are required to have travel insurance to cover your visa and Immigration can deny you entry at the border if you don’t have insurance for the two years. I will warn you though, dear reader. If you are wanting to stay past the 2 years, plan and be prepared. I know more stories of Aussies being kicked out of Canada for having continuing work permits rejected and overstaying their visa. You cannot get an extension for the IEC and the Canadian Government is cracking down on this; it can be quite devastating being told to leave, especially if you are starting to get traction.

The road to Permanent Residency is long and complicated. It costs a lot of time and money to get everything organised and apply. Do your research and plan ahead if you know this is the path that you want to go down. It will save a lot of stress and heartache if you know exactly what you are getting yourself in for.

To be frank, Vancouver has one of the lowest rental vacancies rate. Currently it’s hovering around 1%. The housing crisis in Vancouver is similar to that experienced by Sydney or Melbourne, but a couple of years behind. Vancouver is just starting to see a cooling period in the housing market, which will eventually trickle down into rentals. So, the search for your new nest, depending on your specific needs, could take longer than you think. Vacancies happen only on the 1st of the month. Sometimes on the 15th of the month, but it’s basically a giant game of musical apartments on the 1st of every month. Be prepared to have temporary accomodation up until the 1st of the next month, in case you don’t find something immediately. AirBnBs are in abundance here and there are hostels if you are doing it on the cheap.

West End – Unsuspecting Downtown Gem, LBGTQI+ Friendly.
Situated on the downtown peninsula, West End has quiet community vibes, while being close to all the downtown perks. Davie Street is a bustling strip of hot spots and nightclubs while being next door to Stanley Park, and close to English Bay.

Kitsilano – The Bondi of Vancouver
Vancouverites are known for being an active and healthy bunch, and Kits attracts a number of these personality types. Yoga Studios, Whole Foods, Beaches and long walking/bike tracks and more Lululemon than you can imagine. It’s popular for a reason.

Commercial Drive – Eclectic, Melting Pot of Culture and Community
This area is the antithesis for what you would find downtown. It is overflowing with character and personality, everyone is welcome here. Some of the best delis, eateries, record shops and the last surviving video store can be found on this strip. This area has great arts culture and there is always something to see.

Mount Pleasant – Best of Both Worlds
Mount Pleasant has seen a bit of development over the last couple of years and is rising in popularity. Warehouse conversions, breweries with community vibes makes for an ideal lifestyle.

Vancouver has developed a fantastic bike lane system, a reliable SkyTrain network and bus schedules which makes it a very accessible city. Craigslist, Kijiji and dedicated Facebook groups are your best bet at finding your new home. Watch out for scammers, especially on Craigslist. If it sounds too good to be true, it probably is.

Money isn’t something that we like to talk about, but let’s get real, it’s expensive to move overseas. Sure, you can do it on the cheap, but the more money you have behind you, the softer you will find your landing. There are a number of up front costs, housing, transport, set up costs, phone plans etc. Even if you have the tightest pursestrings, you’ll be surprised at how quickly you’ll be parting with your money. If you’re looking for a specific figure, $10K is a good target.

Finding work, or a side hustle for your acting is relatively easy in Vancouver. The typical jobs actors work here are as servers, which can make a pretty decent living off tips and have a flexible schedule. Be warned, depending on your industry, the wages in Canada are much lower than in Australia. In BC, the minimum wage is currently at $14.60 and Vancouver is an expensive city. Tax is calculated on top of your total at the check out, and it varies depending on what you are buying. So be prepared to do the quick math in your head when you’re figuring out costs and sticking to your budget. Vancouver is also tip-city and for services eg. restaurants & bars, cabs, hairdressers etc, expect to tip 15%+.

Some of us shudder at the sound of the word, but networking is the name of the game and the quicker you are able to insert yourself in the film community, the quicker you will find yourself getting traction in this town. It is estimated that it takes between 2 to 5 years to establish yourself with casting as a new actor, so unless you have a kick ass resume or are the magical exception to the rule, you need to get your face out there.

The great thing about Vancouver is the community shows that true Canadian friendly spirit and are pretty welcoming to newcomers, if you put in the effort. You have to form genuine connections with people and be proactive in reaching out; no one will go chasing you in this town. Get into an acting class as soon as possible, they are a dime a dozen and each offer something different. Go to casting director workshops, cold reading series, film screenings.. Just get out there! It is also much easier to connect with an agent if you have a recommendation from someone who can vouch for you, which is why networking is so important. Aussies are great at banding together, but if you want to get into the industry, make sure you reach out to the locals too. They don’t bite.. They are very friendly.

Vancouver has a lot of opportunities for actors and if you keep a good head on your shoulders, plan and be strategic, your odds of forging your way here will rise exponentially. 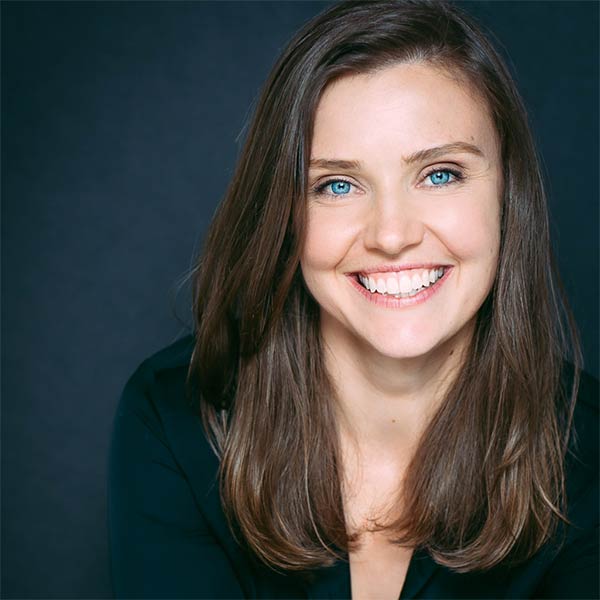 The $300 Billion Giant in Hollywood’s Backyard

How to Get a Manager