A Bit About John Patrick Shanley

John Patrick Shanley is an esteemed playwright, having written over 23 plays, numerous screenplays and directed for both the stage and screen alike. His play Doubt: A Parable won the 2005 Pulitzer Prize for Drama and 2005 Tony Award for Best Play. He won the 1988 Academy Award for Best Original Screenplay for his film Moonstruck.

Shanley was born in 1950 and grew up in the Bronx in the United States. From an Irish American family, his mother worked as a telephone operator and his father worked as a meat-packer. Shanley has discussed how early in his life he was “thrown out of St. Helena’s kindergarten, banned from St. Anthony’s hot lunch program and expelled from Cardinal Spellman High School.” In his freshman year at New York University, he was put on academic probation, and so enlisted in the United States Marine Corps and served in a stateside post in the Vietnam War. He was able to return to university after the war, assisted by the Serviceman’s Readjustment Act and graduated from New York University as valedictorian in 1977.

During his time at University, Shanley supported himself working a range of jobs including a locksmith, elevator operator, bartender, furniture mover and house painter. After taking a playwriting course during university, he discovered a flair for the dialogue form. He has spoken about how he wrote a full length play the first time he discovered dialogue form and the play was produced a few weeks later. 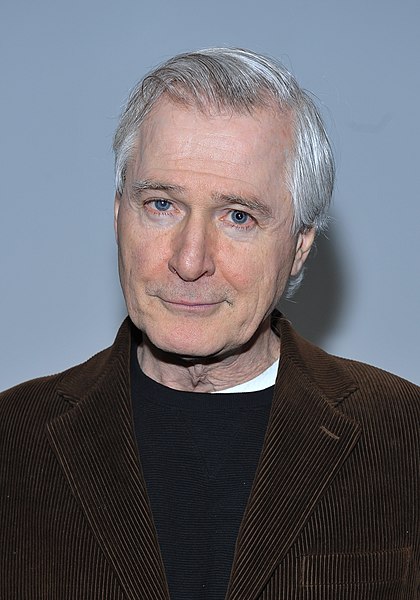 He wrote a number of plays but was unable to make much money from the theatre and so decided to start writing for film. His second screenplay was for Moonstruck and was greatly successful, winning three Academy Awards. He went on to write for film a number of times, including the adaptation of his play Doubt: A Parable, which he also directed. The film starred Meryl Streep, Philip Seymour Hoffman, Viola Davis and Amy Adams  and was nominated for an Academy Award for Shanley’s screenplay.

More recently, Shanley explored his Irish roots, returning to his cousin’s farm in Ireland with his father before he passed away. This exploration inspired the writing of his play Outside Mullingar.

“Playwriting is the last great bastion of the individual writer. It’s exciting precisely because it’s where the money isn’t. Money goes to safety, to consensus. It’s not individualism. That’s why sometimes I get very frustrated watching plays. I mean you could do or say anything that’s within the bounds of the law if you don’t harm anybody physically, and this is what you’re doing? Theater is just too exciting a prospect to be left to dullards.”

“What interests me is to tell a story and leave it to the audience to say, ‘Well, this is what it means to me.’”

“The question comes, ‘How can you agree with oppositional forces with ideas?’ And actually, I can. And that’s one of the reasons I’m a playwright.”

“You have to respect the fact that the person seeing [the play] is not a blank slate. They bring their whole life to it, and it’s a chemical interaction between that work of art and them that creates this third thing, and that’s their experience.”

“That’s how it is with writers. We keep getting evicted from our own imaginations. We are wanderers, dreaming, and then our dreams become real and push us out.”