StageMilk / Must Read Articles! / Don’t Use Your Phone on Set

Something was brought to my attention last year by an older, established actor. It’s something that I’d always noticed, but thought was common place and widely accepted. It seems to have become standard for actors to have their phones on set. Not just on set, but in their hands between scenes and even between takes. It has somehow become the costume departments job to make sure you haven’t got a phone in your pocket for takes, and to hold onto your phone whenever you don’t want it.

I totally understand why this is. Phones are the perfect distraction tool and given how attached people are to their phones, it makes sense they don’t want to leave them in their trailers for hours at a time. There is a lot of waiting around on a film set, and in the past I’d never really thought too much against having my phone on set. I don’t use it a lot anyway, so it’s never been a huge problem, but on this project I decided that I would go phoneless.

One thing not having a phone on you will do is make you realise just how often people are using theirs. 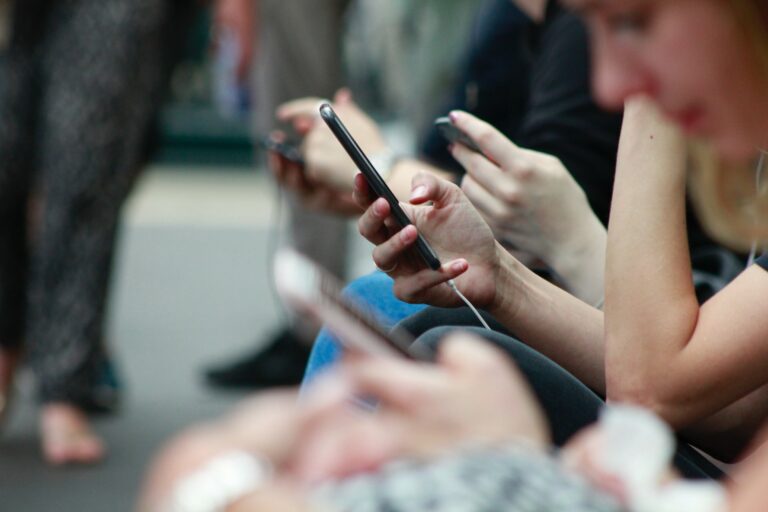 The actor who alerted me to this epidemic was disgruntled that young actors seemed more focused on tweeting than on their lines or performance. I see this happening quite frequently and what you lose is more than performance, you lose the whole experience. You’re completely cutting yourself off to the crew, the director and the other actors. If you were a director and every time you turned around your actor was on their phone would you bother to go and talk with them about the scene or anything at all? It becomes the 2nd AD’s job to wrangle you.

An actor should be alert and part of the whole process. I guarantee you that crews and directors like to work with people who are engaged with what they are doing. If you were working in any other job and constantly on your phone you’d be crucified…so why do actors get away with it?

One thing not having a phone on you will do is make you realise just how often people are using theirs.

In every ‘on set’ experience I’ve had, younger actors have always had their phones on them. When I walked in and saw that’s what people did I just assumed that it was common practice and okay. This experience has taught me the value of not being glued to a phone.

If you do have the pleasure of working in this industry you should be giving everything on set. This is meant to be your dream, and you are being paid good money to be there. Yes sometimes there’s a lot of waiting around, and yes you may be waiting for a call from your agent, but those really aren’t good excuses.

Boredom – Get over it and talk to your fellow cast members or director…it’ll make your scenes better, there’s always work you can be doing. It will also mean you establish better relationships, which will often outlive this one project.

Agent calls – Let’s face it, how often is it THAT important? If it is THAT important then you can give your agent the 3rd AD’s number and they will get that message to you quickly.

This is a habit that has crept into the film and TV industry, but seemingly not the Theatre world yet. I’m not sure if that’s because theatre is still seen as being a little more sacred, or just the fact that there’s often less waiting around in theatre. But either way it creates a much more engaged ensemble and focus.

Backstage is fine. So is your trailer; on set or on stage is not. The majority of the time when shooting TV or film (especially low budget) you don’t get many takes so make sure you don’t phone it in and leave it in your trailer.

Staying in the Acting Game