How often are we reminded that this is the key to fine acting? By ourselves, by teachers in drama schools, other actors, directors and by nearly every book ever written with the word ‘acting’ in the title.

When Sir John Gielgud was asked what his most important advice to young actors would be, he simply answered with one word: 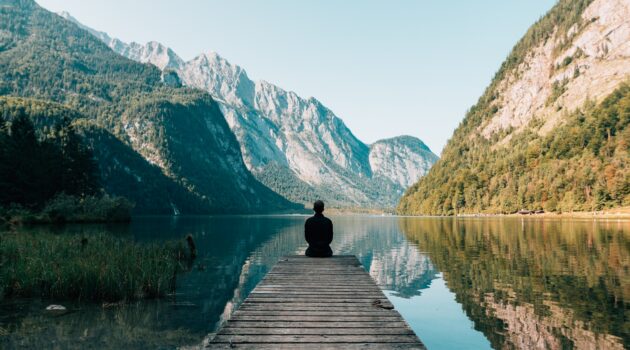 As an actor delves further into their work, it becomes clear as day that relaxation is not only important, it is essential. Without it, the work is tight, overly-intellectual and restricted.

The problem for many, however, is not that we are unwilling to relax, but that we quite simply don’t know what the word ‘relaxation’ means. Or, if we do, we certainly don’t know how to DO IT! I didn’t for a while. Luckily, it was only for 15 years!

When told to ‘relax’, assuming that we don’t know what it really means, it’s no surprise that we might become more stumped and confused than ever. This can lead to even more tension, stemming from a sort of perceived ‘defect of character’.

For some, the resulting confusion can lull us into unhelpful territory, aiming for a state of lethargy or indifference, others into incessantly focusing on ‘finding their centre’ (when they probably should be focusing on what the other person is saying to them or, better still, the other person’s centre) and others to downing roughly a gallon of St John’s wort, spraying Rescue Remedy into every orifice in the head region, saying a quick prayer and hoping for the best.

We become preoccupied with the wrong things and, worse still, stay stuck on them. We also become hooked on rituals that we believe will bring about the relaxation we seek, only to find that they cannot always be relied upon when they are most needed.

So, let’s clarify what relaxation really is. As I mentioned, It took me 15 years to figure it out, so if you’re about 15 years ahead of me, you don’t need to read on. If, however, you’d like a clearer picture of relaxation and how to achieve it, one that doesn’t revolve around a set of optimistic breathing exercises, then maybe this is for you…

It might be good to start by saying this. Relaxation is not about what you need to do, but about what you DON’T need to do. I can hear the advocates of ‘hard work’ grimacing at this thought, but trust me, read on.

Relaxation, in its simplest terms, is economy of effort. It refers to using ‘the path of least resistance’ with which to do things. This concept may be either mental or physical. In acting both must be occurring simultaneously.

But is freeing ourselves from this tension easier than some of us have been making it seem?

If we apply a little less hope and a little more logic, then perhaps so…

To take this logic a little further, say we were to think about paying a bill, or finishing an assignment or calling someone we need to speak to, all whilst sitting in a chair trying to watch television. Our body will, indeed, begin preparing or ‘gearing up’ for all of those above acts. But if the impulse is not acted upon, then tension arises. The impulses have nowhere to go and get stuck inside us in the form of tension. 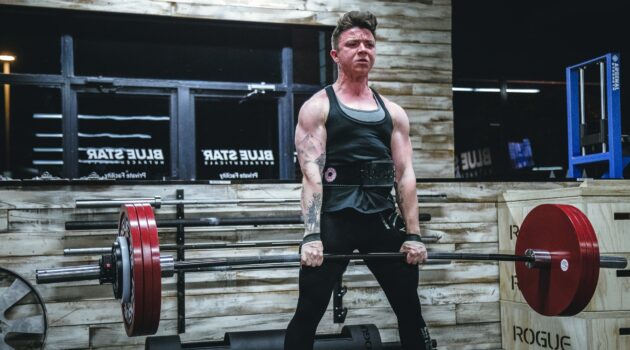 When we are on stage, the same logic applies. If we are thinking about things other than the task at hand, the character’s goal and intentions (e.g., pleasing the director, or nailing that bit we worked on at home, or remembering that f***ing line that always escapes us at the eleventh hour), we are, again, creating in ourselves unnecessary impulses and, again, tension arises because the impulse isn’t truly able to be acted upon.

So, in order to ‘relax’, we need to simplify our impulses. We need to be economical in thought and in deed. Suit the word to the action and the action to the word. Replace the worries of the actor with only the simple concerns of the character.

Another way to look at this is to think in terms of ‘effort’. How much effort is actually required to do something? Very often, it is much less effort than we elect to use. (The important word here is elect because it was always your choice in the first place.) In order to please our imagined authority figures, to at least be ‘trying’, we will often use more effort than required. We stress and strain to achieve things when, as Feldenkrais or Alexander show us, the task is probably achievable through far more economical means.

Trust this idea. Elect to make less effort and if someone tells you to ‘make more of an effort’, ignore them. They really don’t know what they’re talking about!

Whatever you do, though, don’t confuse a lack of effort with being lazy. In the words of Marsellus Wallace, ‘That’s pride f••king with you’. That’s your ego telling you, ‘You are not enough’. Don’t listen to your ego and trust that you are already interesting. Stop trying to be!

If you don’t believe me about this, watch your favourite actors. Show me the ‘effort’ and I’ll hush my lips and go back to the drawing board.

The other thing about effort is that it often stems from the need to control. To control not only ourselves, but also the world around us. This goes back to mindfulness and our relationship with fear. Good acting doesn’t usually require such control. Good acting is damaged by it. You need to let go of that fear and see where the road takes you. Did Morgan Freeman look like he was trying to ‘control’ Shawshank? No. He nobly went about his business, with the least effort required, to achieve his objectives. Thus, we see where the actor’s mastery lies. In his grasp of ‘flow’. The same applies to every great actor I can think of; a seeming absence of effort. It ‘looked effortless’.

In another arena, we could use the example of Usain Bolt. When he was asked how he runs as quickly as he does, his reply was ‘I start running…and then I relax’. So it’s clear that Incredible physical accomplishments are achieved with this relaxation; a sense of ‘flow’, or what those in sport refer to as ‘being in the zone’.

Instead of control, what we can look for in ourselves is adaptability. Judgement is about control, whereas adaptability is about the beautiful notion of discernment. When we let go of the need to judge, underneath lies the ability to be discerning. The big difference between being judgemental and being discerning comes down to how much emotion we apply to something. It’s the difference between ‘There’s a fire over there! I HATE FIRE! FML!’ and ‘Oh look, a fire. I might take a left here.’ We don’t need to control the world around us and stress out, but simply adapt to it.

Of course, the actor (and character) must manipulate their environment to achieve their objective, but there’s far less need to do so in a ‘controlling’ or ‘judgemental’ manner than some of us might think.

Letting go is about becoming adaptable.

Relaxation is, therefore, about surrendering control and judgement. About keeping it as simple as possible. Trust that simplicity and you are one step closer to what you are capable of.

One response to “Effort Vs Relaxation”