Film and TV auditions are a big deal. When it comes to career progression as an actor, landing a major role in either film or TV can be completely game-changing. More than anything else, success in a film and TV audition can have a roll-on effect, and be the inciting incident in a lifelong acting career. As with all auditions, preparation is key. These auditions can be extremely daunting, as the stakes are so high, and the opportunity alone can send us into a panic. It’s really important to stay level headed and do everything you can so that you can walk into that audition room with confidence and a sense of relaxation (I know, easier said than done).

This guide is going to step you through the process of a film or TV audition. Hopefully understanding how the process works, and what you can expect when auditioning, will help you make the most of your upcoming audition.

When the Audition Arrives

The first thing that will happen is your agent will email you with a casting location, date/time, and the sides to learn. It’s unlikely that you will get the full episode or the full film script (they don’t just hand those out willy-nilly), but if you do, you should definitely read them. More often than not you’ll get a one to three-page scene featuring your character and maybe a short character description.

Also, be prepared not to get a scene from the actual project you are auditioning for. Particularly for high profile projects, they will often give you a scene from a totally different TV show or movie with a similar character to get your take on that before they give you the actual material.

Quick hack: if your scene is from the project you’re auditioning for, take note of the page number of the script. The further along, generally speaking, the higher the stakes for the characters involved.

After you have read it and mined it for all the information possible, research the director and the writer. Between now and the audition, try and watch some of their other work and get an idea for the style and tone of their work. Something else you should do is research the world of the piece (particularly if it’s a specific historical period).

More on How to Breakdown a Script

Now learn your lines, and learn them into the ground. My old housemates and I would learn lines separately, then come together and do scenes while engaged in difficult physical activity like holding bridges or squats or while doing burpees. This sounds weird when I write it, but the idea was that in the audition you’re going to be under stress, if you can practice those lines under physical stress and get through them it might provide a bit of psychological preparation for the mental and emotional stress of the casting room.

However you go about it, and as long as it works for you, make sure you prepare extensively. The trick is, prepare – don’t plan. By that, I mean, know every line, every beat, every moment, but have no idea how you’re going to do it. Be prepared to surprise yourself and the reader. The camera loves spontaneous action. If you’re surprising yourself, you are probably doing it right.

No idea where to start or what to do? Check out the StageMilk Scene Club

You’ve done your preparation in your own time, in the comfort of your own bedroom, and now things start to get real.

These either go one of two ways: either you walk into a casting waiting room, 10 – 15 minutes ahead of your time and it’s empty except for one other actor dressed alarmingly similar to you and you give each other a curt nod. Or it is packed to the rafters with mildly anxious humans muttering to themselves trying to get their lives together. Whichever way it goes, do whatever you have to do to focus yourself on the job at hand. However that manifests for you, don’t be a jerk to the people around you. Doing a loud vocal warm-up is probably an inappropriate option at this point. Look over your notes, your materials, maybe listen to some music. Do what you need to to get in the zone.

Your initial audition will just be with the casting director and potentially a reader. Group auditions for film are rare but not unheard of. Be friendly and polite, but keep it professional; you’re there to do a job not to impress anyone. If you have any questions ask them before the camera starts rolling. You don’t have a lot of time so keep it concise, but if anything came up in your preparation that you were unsure about, this is the time.

Once the camera is rolling, you’re on. Try and connect with the reader as much as possible; stay alive in the moment and really genuinely listen. If you surprise yourself, you will probably be surprising and interesting for the camera. Please make sure that if you are going to physically engage with another actor or the reader, you get consent from them first. The casting director will then offer you some feedback and redirection. After all this build-up and the intensity of the scene, you might find it difficult to really hear what they are saying. Letting your last performance go, and taking on what they have to offer is what is going to get you this job. Assume you are only going to get two takes, if you get a third then happy days, but work for two and do everything in your power to ensure they are your best two takes.

Stagemilk.com is literally filled end to end with helpful information on just this – so go check it out!

Thank everyone and get on your merry way. Especially after big auditions, I like to make sure I have something lined up to do straight afterwards. It doesn’t actually matter what the activity is so long as it doesn’t allow you to ruminate on your performance and all the things you could’ve done differently. No of us have a time machine, once you are out of the room it’s time to drop that audition, let it go and move on with your life. Go and meet some friends in the park, head off to your day job, hit the gym, or go for a swim. It can be worth calling your agent just to check in and say hi. If you don’t have an agent and would like to get one, you can read our handy guide here.

It’s hard, but try to not think about it anymore. You have done everything you can do. Now it’s out of your control, onto the next.

Callbacks are a mercurial beast. They might take place days, weeks, or even months after your initial audition depending on the project. The script may be the exact one you initially auditioned with or it could be entirely different. You may not even get called back for the same role as the one auditioned for! Literally anything can happen at this point. Return to step one and get back to preparation. However, at some point you should receive at least your episode, if not a your character arc or the whole film script (potentially still in a draft or final draft form). Analyse these materials extensively. Make sure you look at some of the directors’ other work because it’s highly likely they will be at the callbacks to meet and chat to you. For some big American projects, you can find yourself in front of a panel of up to 10 people by the late stages. Keep your process the same, take on notes when they are given, keep surprising yourself, keep putting down great work.

But What if it’s a Self-tape? (At Home Audition)

Especially at the moment, the majority of auditions are being done in self-tape format. For most actors, this has been a positive: it’s convenient, you can shoot at home in your own space, and you can do as many takes as you like. But it’s not all smooth sailing; self-tapes are a unique format that requires a solid home setup and the right headspace to execute without the help of a casting director. (More on dealing with self-tape nerves)

In terms of what to expect with a self-tape audition, the first steps are much the same. You will be sent an audition brief, with details on the character and the job, as well as a script to prepare and record. Your preparation should, therefore, be exactly the same. But here, instead of going in the room to record with a casting director, you have to do record the audition yourself.

We have more information on how to self-tape, which I would definitely read, as it will help you get your framing right. Here is a little freeze-frame of my most recent self-tape for a basic idea. 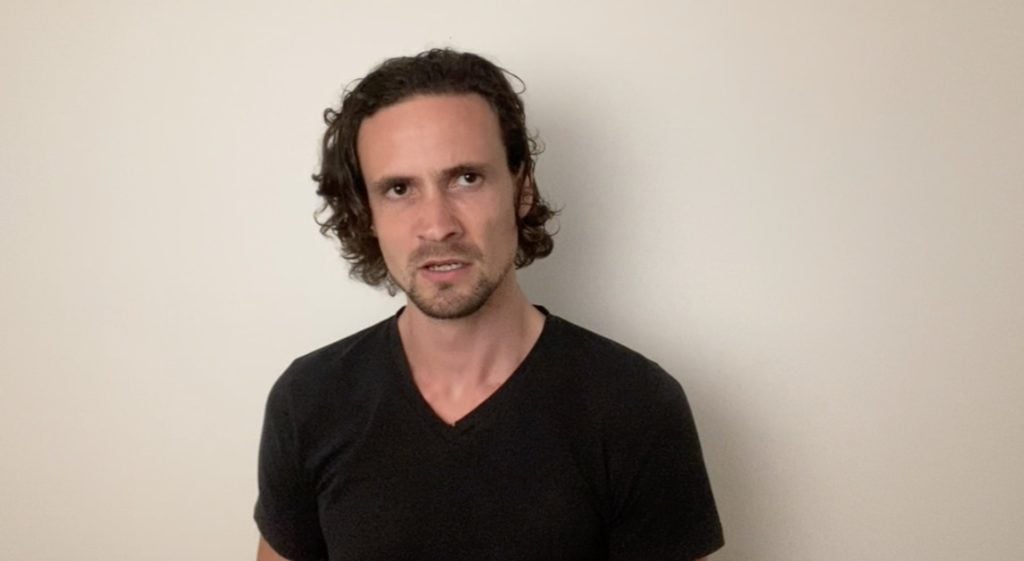 Once you have filmed it they will expect it to be sent through in the right format. For this, I would defer to your agent, or it might be listed in the original email. Generally aiming to get it under 100MB is a good guideline. You will always be given a deadline for your submission as well (stick to this at all costs). If you do need to ask for an extension, get your agent onto this with plenty of time to spare.

Once you have submitted, I wouldn’t expect too much. Hopefully, your agent will take a look and give you some feedback, but like with any audition, chances are you will hear nothing. As always, focus on just doing the best possible job, and enjoy the process of working on another scene.

Quick Hack: most actors get their auditions in right at the last second. Often casting directors or producers watch the work as they come in. So if you can get your submission in early, it is very likely your work will be watched, and give a good first impression.

That is a general overview of what to expect at a film or TV audition. It’s a little different to theatre or commercial work and requires a slight adjustment in your process. Hopefully, this guide has been a useful tool for you and all the best next time you are in the room!

For more practical tips on how to audition for film.