StageMilk / Auditioning Information / How to do a Slate for an Audition

“IDENTS AND SELF-TAPES AND SLATES! OH MY!”

Do not fret, my dear uncertain, auditioning thespians, wandering through the treacherous online casting woods.

As if the process of auditioning isn’t daunting enough, these days the do’s and don’t’s of having to film one by yourself at home can be altogether overwhelming. The last thing you want to be worried about is how to simply introduce yourself on camera! We are often told that the ‘slate can make or break your audition’, or ‘you must do something outrageous and hilarious in your ident (identification) to stand out from the crowd’. Well, lately I feel like I have had to do a new audition daily, from commercial to theatrical, some of which I have been fortunate to successfully book! Trust me when I say that I don’t do anything especially overt or conduct a distinctive stunt in the slate to give myself the edge.

I hasten to add that everyone has their own process, just as every actor is bringing their unique selves to the role, and I don’t operate under any almighty golden rule – because there is none. In truth, there is no great art to doing your “slate” or “identification/ident” to camera. If anything, thinking that there is may be more of a confusing, pressure-cooked disservice to yourself. So here are some simple tips and hopefully handy hints that I use for every single self-tape, including those from which I have been successfully cast – which means they must work!

Part of the reason we think we have to do something special with our slate is because auditions are more often than not so rare and elusive that we see it as our one opportunity to be really remembered. Although I’m going to let you in on a little SECRET I’ve discovered from having to do them quite frequently – the primary role of the slate is FUNCTIONALITY.

The topmost reason for the slate or ident is quite specifically to capture you ON CAMERA clearly stating your relevant personal information on which they will base your casting. So your paramount job, what you should ensure is executed well more than any other flourish or flare, is that you have provided ALL the CORRECT information that the casting agent has requested.

Usually, casting has provided specific instructions in the brief as to what information they need you to outline on video in the slate. Look out for these instructions and don’t deviate from them – they are there for a reason. For instance, they often ask for your height, which is essential for a visual medium like film, particularly when matching you with co-stars you’ve never physically met. They usually ask you to state your availability for the shoot, for obvious reasons, or even other specifics like skills or dietary requirements that might be relevant to the project itself.

For commercial castings, you will commonly be asked to specify in what ads you have appeared in the last 3 years. TELL THEM! Once you make your submission and sign your audition/wardrobe form, you are legally obligated to be totally transparent about what work you have done previously. I know that you are tempted to conceal your old jobs, particularly if they were so long ago that you’ve spent the money, can’t even remember filming them and now you fear they might risk your chances of booking this one, BUT you DO NOT want to get caught out lying on the slate. There are consequences.

THEY ARE NOT ASKING THESE QUESTIONS ARBITRARILY – if they’ve requested the information, whatever it is, they need to know, and you not providing that answer could hinder your chances for a callback.

This too is purely a practical tip, but when you’re saying anything to camera it’s important to be heard and understood. Within the context of a performance, the brilliant Howard Fine refers to this “verbal will”, which is the direct intention to SEND what you’re saying to be RECEIVED by another person. It’s tough to do that at a murmur, so let’s just leave the inaudible mumbling for bad performers in overacted scenes.

The motivation of verbal will can and should be embraced in your self-tape slate. INTEND to clearly introduce yourself so that you may be clearly RECEIVED by the casting team, and earn that role!

There are various schools of thought on whether or not an actor should use their own accent or the accent of the character in their personal slate if the two accents should differ. My thought on the matter is to always USE THE CHARACTER’S ACCENT.

This, some might argue, is adding a distinguishing flavour to your slate, which I’ve previously stated is unnecessary. Although, I would dare to say, that it is more of a professional extension to your performance.

Years ago I was advised that the ESSENCE of the character you’ve just portrayed or are about to portray should come across in your audition slate. Now, this doesn’t necessarily mean that once the scene is over you make your interpretation of Hannibal Lector stare threateningly down the barrel and introduce himself with your name quickly followed by: “…and, certainly Clarisse, I’m available for the shoot datesssssssssssss…” There is a certain energy you bring to every role within the scene, and it helps to embody notes of this energy in your personal slate. This isn’t exclusive to staying in an accent that isn’t your natural tongue but can even include mirroring the fact that the character is a more eloquent speaker or otherwise. Perhaps the essence you carry through is in the way your character stood: a slouch, an elegant poise, or soldierly stature. And it should change from role to role. For instance, a sweet-natured 50’s housewife would probably exude different energy to a special-ops assassin, BUT one actor is more than capable of bringing authenticity when auditioning for either. By exuding a slight extension of the essence you’ve created in the scene in your personal slate as well, you are embracing every chance to show just how suited you are for THIS role.

What they are looking for from your audition tape is whether you CAN play the CHARACTER or NOT. The main part of our job as actors is to facilitate the suspension of disbelief for the purposes of mimicking reality – don’t make it harder for anyone to think you’re capable of doing just that. Let’s say you’re up for the role of a hardened Ukrainian-American criminal who’s facing 20 to life in Sing-Sing (which you pull off superbly) and then in your slate, you reveal that in reality, you’re a happy-go-lucky Aussie larrikin with a heart of gold – you risk shattering the illusion you’ve created. And this is the very illusion for which you are hoping to be paid to craft, create, and carry off for potentially months on set or on stage.

There are two paramount opposing theories to this. The first is that the slate is a moment for casting or production to get a measure of your real life personality and sense of what you would be like to work with. The second is the fear of looking foolish or that you’re trying too hard. To both theories I would say: an audition, by definition, is a practical demonstration of a candidate’s suitability and skill for a role. You’ve got one shot and a finite amount of screen time to show them you can do the job they’re asking for, and, believe me, you won’t feel foolish once you book it.

This might seem ironic after everything I’ve just said, but, in truth, the best slates are those that show you confident enough to know that this is purely protocol.

Casting often refers to it as a “chat to camera”, which is really in the hopes of keeping things LIGHT and CASUAL.

This is why I suggested continuing the ESSENCE of the character into your slate and not the full portrayal. Because accent or no accent, commercial or theatrical, whether you’re listing your availabilities, allergies or extraordinary abilities, all your doing is breezily and basically saying: “Hi, I’m such and such, and here is the information you asked me to provide, thanks so much for your time”.

Finally, I will share with you perhaps the most fanciful aspect of my slate execution, which I developed quite out of necessity more than anything else…

So, you’re ready to start filming your self-tape, or you’ve just finished doing the scenes first – the order isn’t important. Either way, you’ve set your camera up LANDSCAPE and LOCKED OFF with some decent lighting and a BLANK WALL BACKGROUND. I capitalise but will not dwell on these self-tape essentials, because you really must master those easy-to-master specifics of this process.

You film your slate – cakewalk! These days a full body shot is usually requested by casting, so my next step is always to move my camera (my phone) a little further away, turn it to PORTRAIT, and lock it off. Then I film a full body shot this way. Next, I upload the clips and edit the slate and the full body shot side-by-side as you can see below… 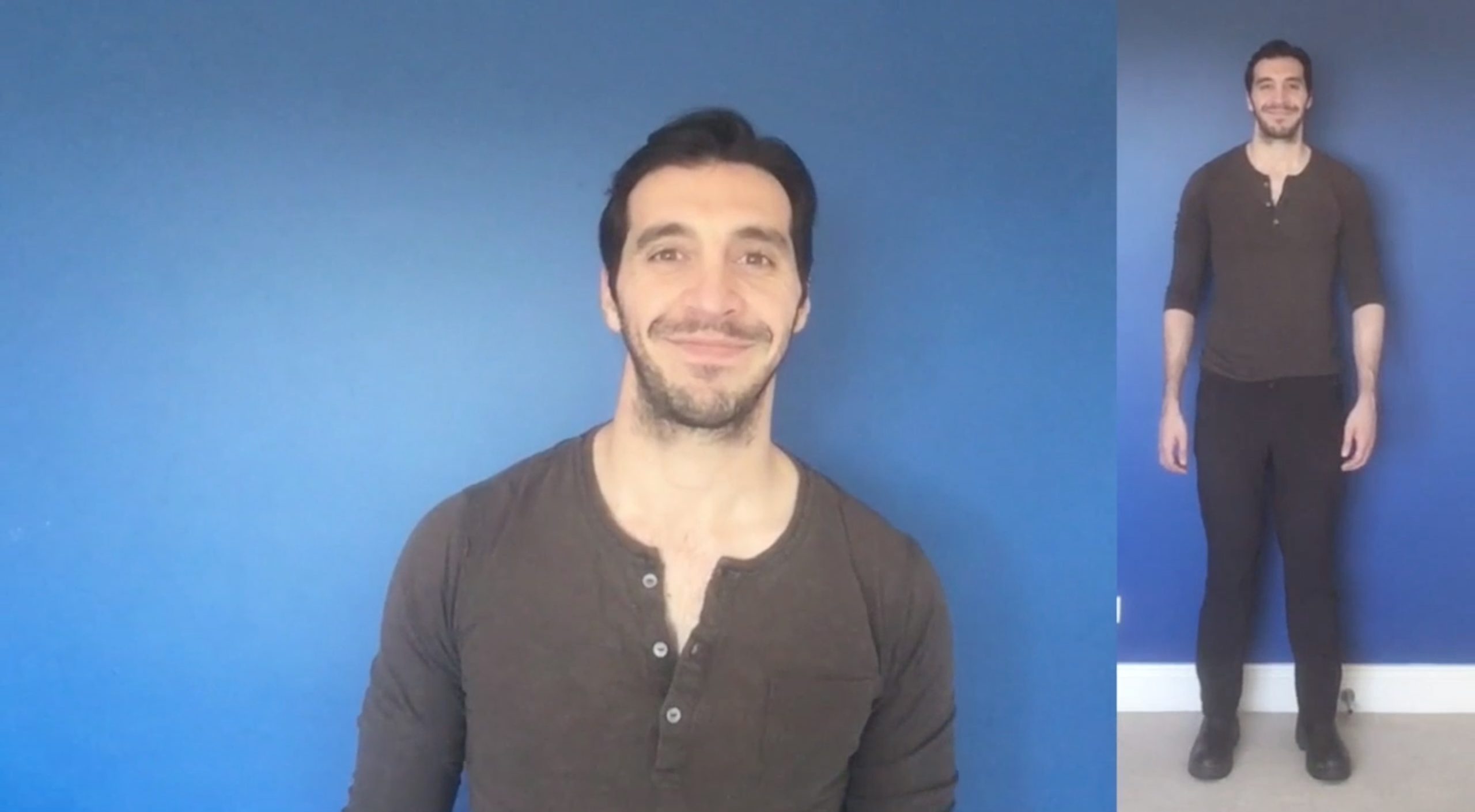 I personally use Final Cut Pro X to edit my tapes, but it is purely a preference. You can also achieve this result in other editing programs. I also mimic the slates we would do in the actual audition room by turning from right to left in both my close up and long shot, and even present both sides of my hands if requested. 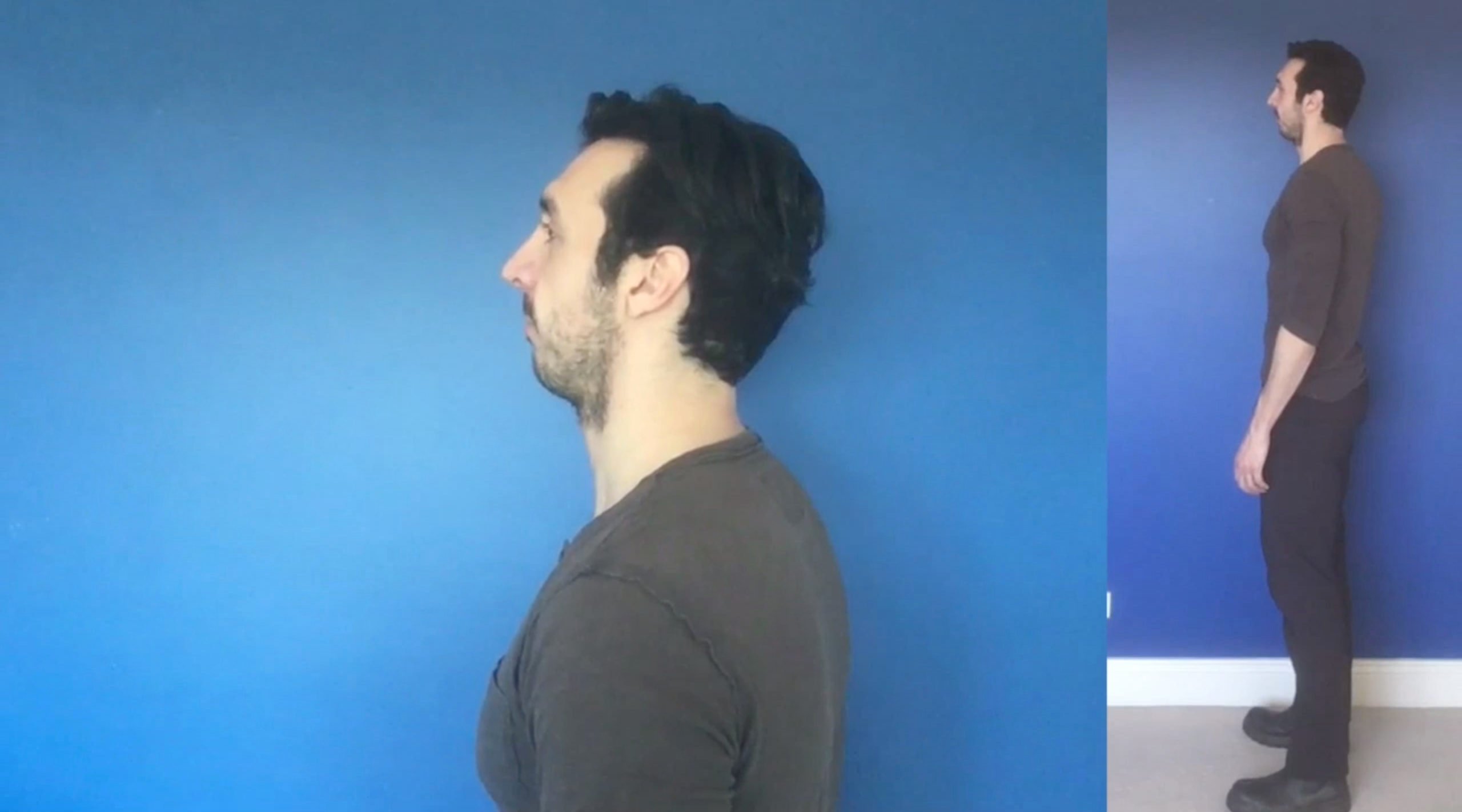 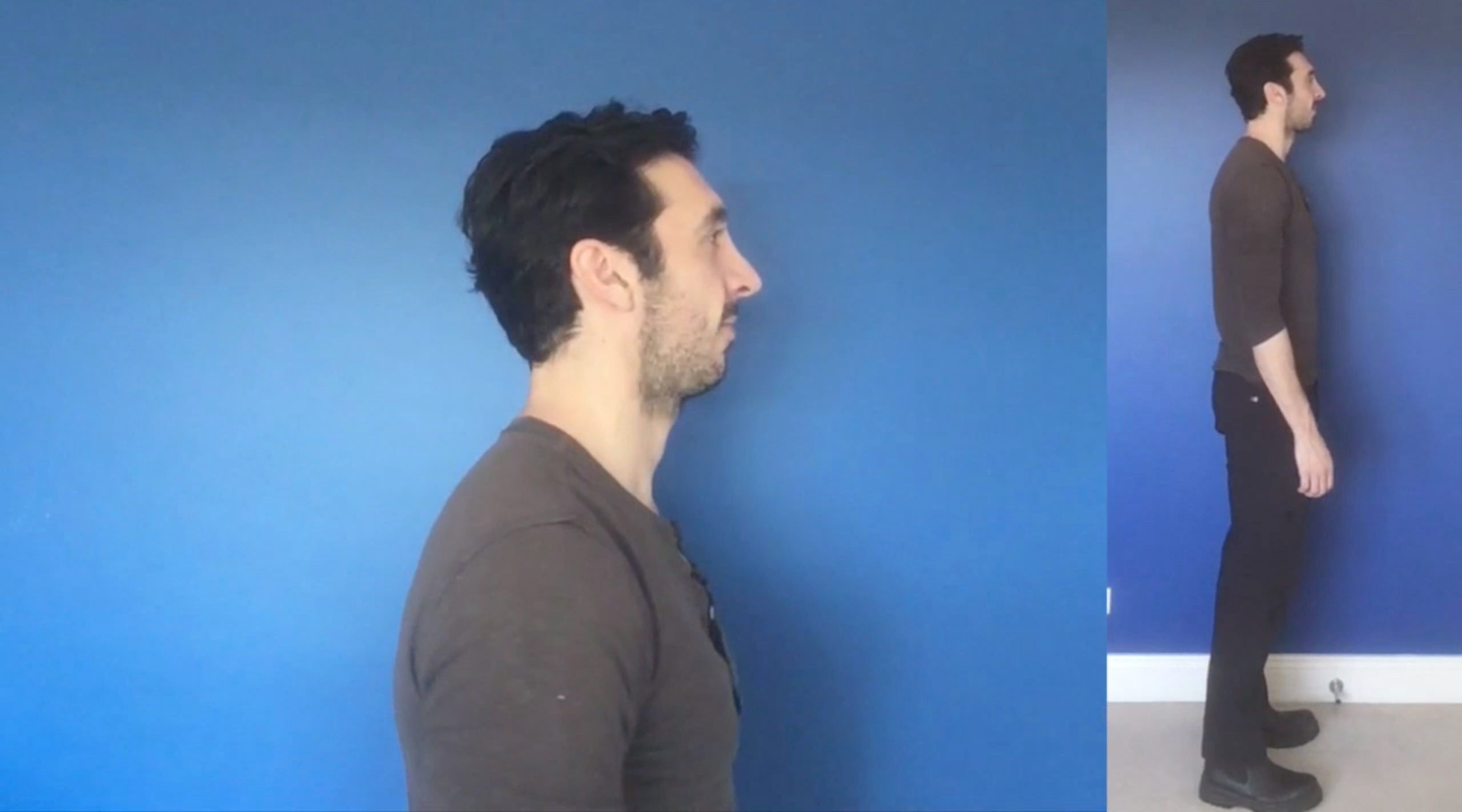 In truth, this personal method was somewhat an accidental discovery, spawned from frequently having no one to stand behind the camera and pan it up and down. Some might call it a waste of 2-3 minutes in editing, but I do it for every test and consider it just part of the job.

Remember actors, you are asking for employment here. Don’t make it harder for them to see you as the professional you are by submitting something that looks less than professional. They often call it a “SELF-TEST” for a reason. Think about it…

Want to dive deeper into the art of self-taping? Check out our complete online crash course on self-taping! Available to members, join here. 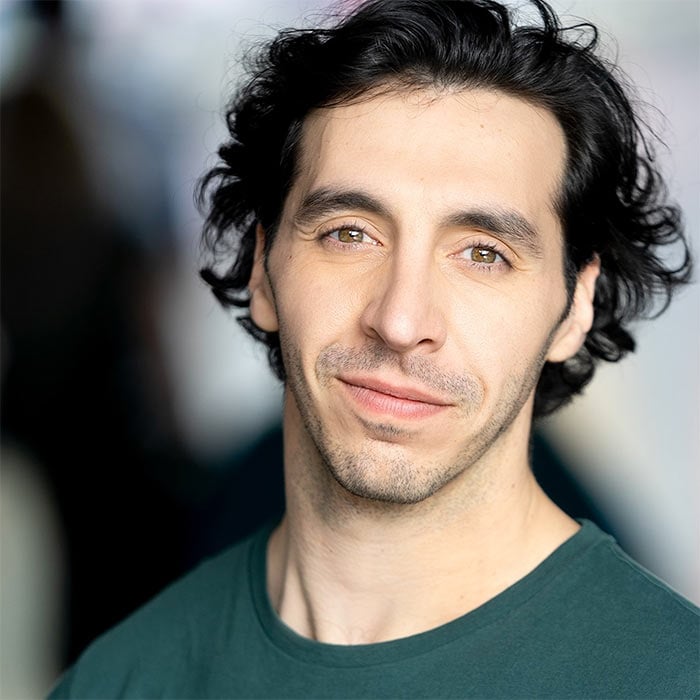 Stop Doing This Before Every Audition

How to Act on Zoom