If you want to crush a comedy audition you have to be funny. Not just funny to your friends and family. Funny to a room full of critical comedy professionals. From producers and directors, to your co-stars. Having the confidence to walk into a casting room and smash a jargon heavy audition isn’t easy. You have to practice. The best way to build that confidence is stand up comedy. Scripted auditions have to seem as natural as possible; just like stand up. So if you want to get cast on TV shows like The Big Bang Theory you are going to have to be brave and try your hand at stand up comedy. Like, today. Do it!

Alright now that you have had your shot at stand up it’s time to start practising with other peoples scripts. It’s easy enough to be funny in your own words, but now you have to be funny with someone else’s. Join any comedy acting class in your city and dive in. You won’t always be funny, and that’s okay. The most important thing is that you discover your strengths and weaknesses. Once you know what you’re naturally good at, refine it. Delve deeper. Once you recognise your weaknesses decide whether or not you want to improve in those areas. If you do, that’s great! If you would prefer to focus on what you are already nailing, that’s fine too. Just keep turning up. Get laughs. Gain confidence. 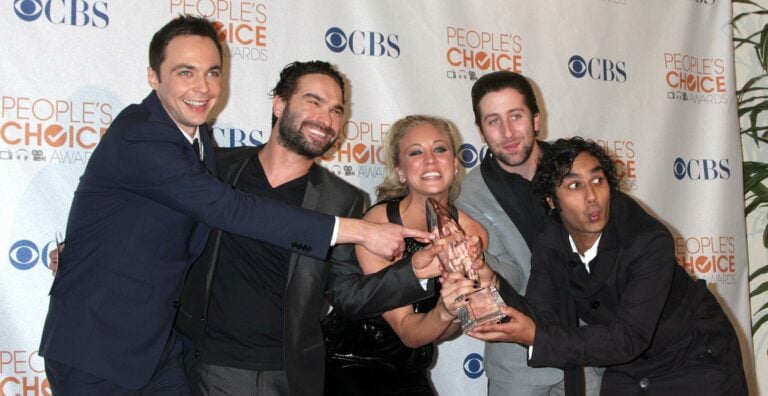 The best way to get cast on TV shows like The Big Bang Theory is to have on set experience. Often actors turn down smaller roles because they are hoping for something bigger and better. Sometimes that happens. Often times, it just means another hungrier actor takes the part and jump starts their career. If you want to feel comfortable auditioning for major comedy TV shows – take smaller roles. Time on set is incredibly valuable. Seeing other actors work, learning their process, will definitely help you crush your next comedy casting.

Getting cast in major TV shows isn’t just about acting. It’s about representation. Having the right agent at the right time can make all the difference. If you’re not sure who your agent or manager represents jump onto IMDb Pro and have a look. It’s important that your management has connections to creatives and creators in the comedy scene. Do they have clients who are currently on hit TV shows? No? Well then it’s time for a change. I know it can be scary to jump ship; but if being on a major network comedy is your goal, then you should commit 100%. You can only go as far as your agencies network.

This is a big one! If all else fails… write your own show! Sounds too good to be true right? Having your own pilot made into a TV show like The Big Bang Theory? Well guess what? Every writer, creator, actor, producer – they are all just people. People like you and me who have been brave enough to put their work forward and fail. Or in the case of Chuck Lorre and Bill Prady, succeed. Majorly. $$$.