My time studying under Howard Fine

Previously to having started studying at Howard Fine I was irked by the notion that I would be bound to this one approach or “technique” of working. It is important to demystify the misconception that any particular technique is in competition with any other, or that you can’t gain valuable lessons by accumulating your knowledge from various sources.

As a smart learner you should use any of the resources at your disposal that serve you; regardless of whether they are listed in an acting book, seen in performance or observed on a train. The word ‘technique’ is defined as “A way of carrying out a particular task”, working in creative fields there is never one synchronistic way for each individual to work best, people find different methods and adapt to what works for them specifically. All this to say that this technique is just another way of looking at the craft and perhaps gaining some valuable resources.

The first thing you’ll notice about the Howard Fine Institution via Google is that it appears highly esteemed in the industry; well marketed and advertised, with past students such as Brad Pitt and Will Smith. Naturally, you should be sceptical to see such big celebrity names bandied about without having previously heard of their affiliation; they might have sat in on a lesson with him 30 years ago.

In further research you will find in his book

that Howard Fine is heavily influenced by the late Uta Hagen

. Uta Hagen’s teachings highlight the importance of studying the script in great detail – part of an actor’s homework. Great writers write for great actors; working hard on great theatre plays will therefore enable you to serve them to you’re best advantage, allowing you to grow. A large part of the work that goes on at Howard Fine is influenced by a set of steps in Uta Hagen’s book which helps you to ask the right questions when deciphering the script while giving you the right tools to represent it as truthfully as possible. 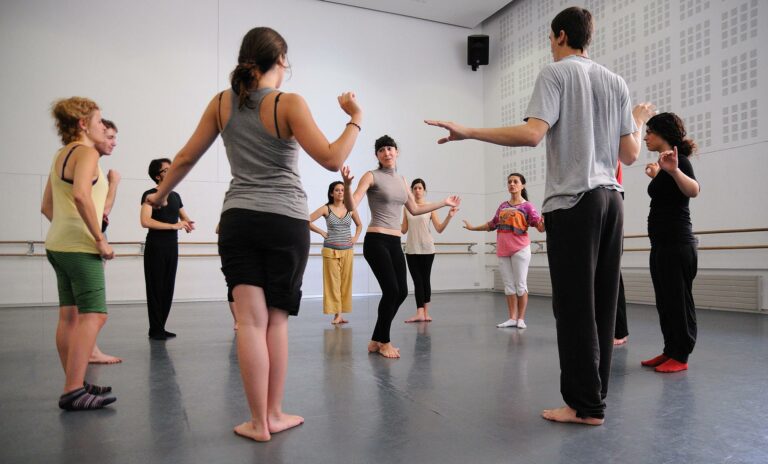 To outline how Howard Fine’s technique could serve you individually for better or worse is unfeasible, you will learn this yourself through your own experience. It is important though to work with teachers that are neither destructive to your mental health or imbue bad habits, though it can be hard to identify bad training when we are thus far unlearned in the field. To this all you can do is research the places you train, read Uta Hagen and Howard’s book, watch Uta’s Acting Class dvd or Youtube (How Uta ran her class will give you an idea of how Howard runs his) and then follow you’re instincts of what is serving you the best.

Some teachers will tend to probe what specifically in the actors personal life affects their acting. Howard Fine seems less inclined on doing this. Some acting teachers will be brutally honest in depicting what they see in the actor that could be detrimental (or beneficial) to their acting, this can leave them very vulnerable. It is not surprising that a class based in a creative field should ask you to expose a part of yourself. The expectations placed on you to have the want to become a better actor will demand you to go far out of your comfort zone. The private nature of that kind of brutal honesty is less preferential to some actors, but when it is done well it can provide valuable lessons and growth. It should always be accompanied by “self care”; a ripper joke to lighten the mood, or for some people a beer or two at the pub can provide some much needed levity. It’s considered an occupational hazard, actors are most often praised for their ability to leave parts of themselves exposed making them vulnerable. In this context it is considered our job to be vulnerable, to have the ability to express open – heartedly without fear or consternation, otherwise your personal emotions will get in the way of the work.

There seems to be a tendency to compare Howard Fine to other American teachers such as Larry Moss. Howard Fine’s studio merely gave me an opportunity to hone the craft everyday with intensive Scene Study, Voice and Alexander work, this is impossible with a teacher like Larry’s yearly visits. There are many people/articles that will tell you of the merits in Larry’s training and his audition process allows him to choose professional actors who understand the aforementioned occupational hazards and are therefore unafraid to dive in to his demanding approach to the work. The 16th street’s full time course is another one year full – time course worth researching, Elizabeth Kemp from the Actor’s Studio in New York (who has a very interesting and highly effective Character Dream Workshop) does a workshop there.

I have addressed some of the reservations that I held myself before starting the course. The points made above will hopefully make you start asking the right questions as to whether the one year full time course with Howard Fine could potentially serve you, or whether working with Howard Fine might suit your needs as an actor.

Should I apply for an MFA Acting Course?