Some months ago we started a podcast series called StageMilk Acting Conversations. The goal of the podcast was to interview industry experts in a way that was result focused. What actionable advice could we get from agents, actors, directors, acting coaches and voice teachers that would really help actors in their careers? Though I was mostly a rambling idiot, we managed to get incredible insights from some of the best in the business. It’s a series I’m really proud of, and worth checking out.

One conversation that stood out for me was the very first episode. I sat down with Les Chantery, an actor and acting coach based in Sydney. I kept hearing rave reviews of Les Chantery’s classes from actors I respected and I knew I had to chat with him.

To put it simply I was blown away. He is a master of auditioning for camera, in particular self taping. His way of reframing how we look at auditions and taking control of your audition is empowering and inspiring. Here is the full episode, and below are my six lessons from Les Chantery. 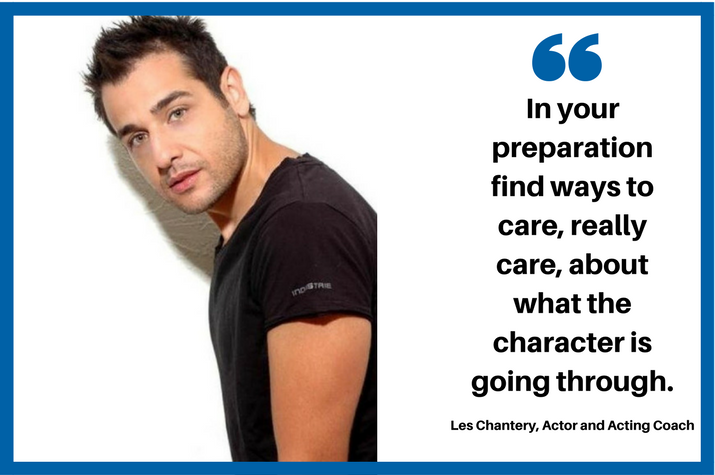 Everything with Les is about taking ownership over your work and creating auditions that are captivating and interesting. One way he does this is to change the way we view auditions. He doesn’t like the word scenes and instead calls them conversations. This seems like a novel idea, but it isn’t. As actors we need to be doing whatever we can to make scenes (conversations) come to life. Simply giving it a different name allows us to take the pressure off a “scene” and just have a conversation. This is a simple example of where Les changes language to reframe the way we look at auditioning. 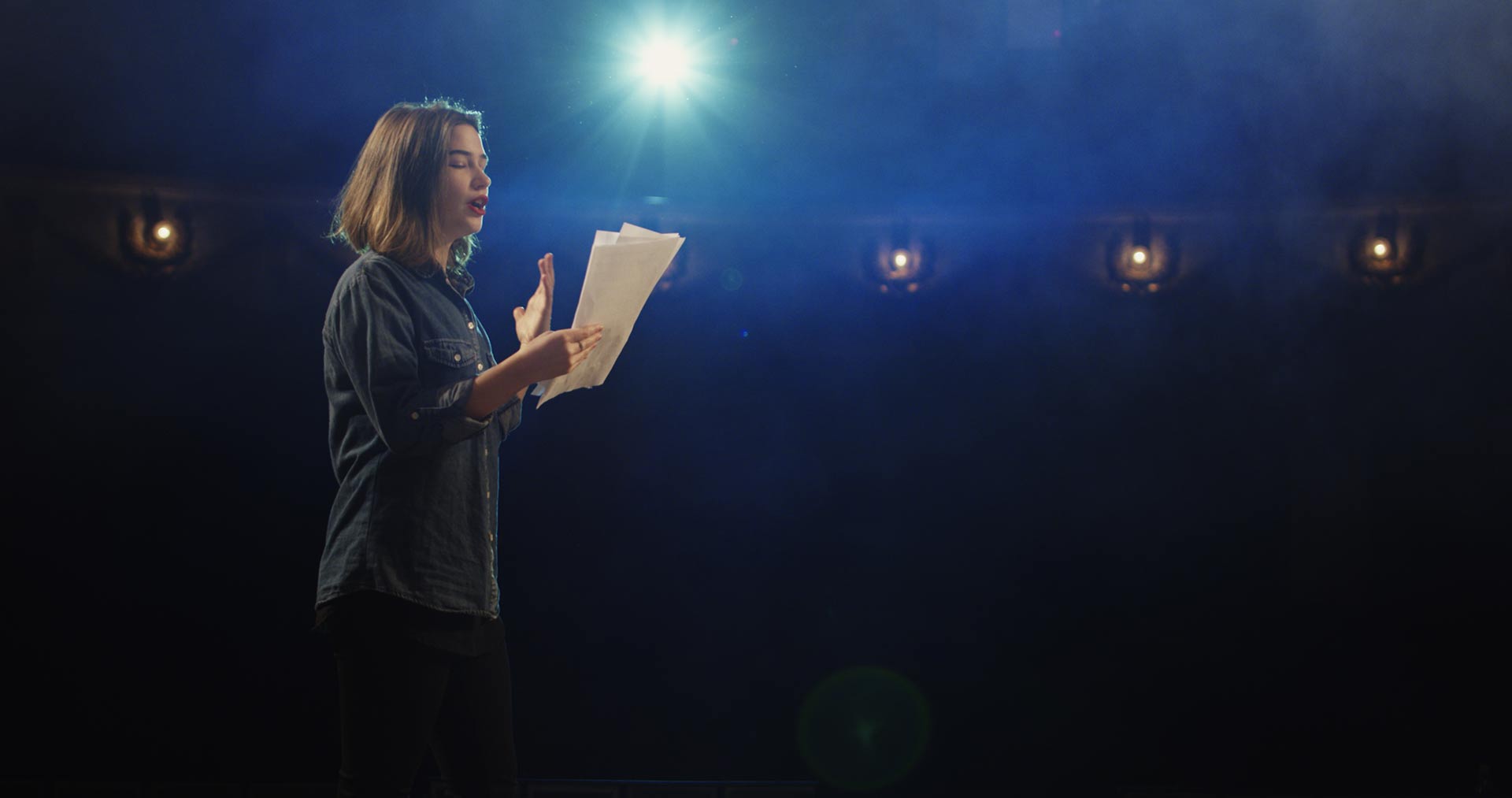 Actors can learn from psychology. How we come into the audition room and take up space is important, and effects our chances of landing roles. We have to own it. It’s not about confidence. Confidence can make your acting a wash. It can mean that you miss out on vulnerability and a plethora of other emotions. Les prefers OWNERSHIP. You feel like shit walking into an audition? Own it. You feel angry? Own it. Own who you are and how you feel. Stop trying to create something.

I asked Les about “truth in acting”, confident his response would match that of most acting coaches: truth is everything, but he paused. “Truth isn’t enough” he said. We could watch paint dry. And yes it would be truthful, but it wouldn’t be captivating. He speaks about being aware of genre. Some scenes demand a larger than life approach, some demand stillness and simplicity. You need to give more than truth. You need to give a relevant and captivating audition.

Acting is a Skill

Whether you believe in talent or not doesn’t matter. Acting is a skill. A skill that might be easier for some, but still takes work and effort. Auditioning is another skill. Self Taping is another skill. Master all the elements of being an actor. Think about auditioning as it’s own craft, and refine that craft.

Forgetting your Lines is a Gift

Nothing is worse than autopilot, especially in an audition. Casting directors want to see a spark, a moment. Les talks about how forgetting your lines is a gift from the acting gods. It’s the gods forcing you out of autopilot, and into the moment. Embrace it and use it. There are many examples of where improvising lines and thinking on your feet has landed actors the role. 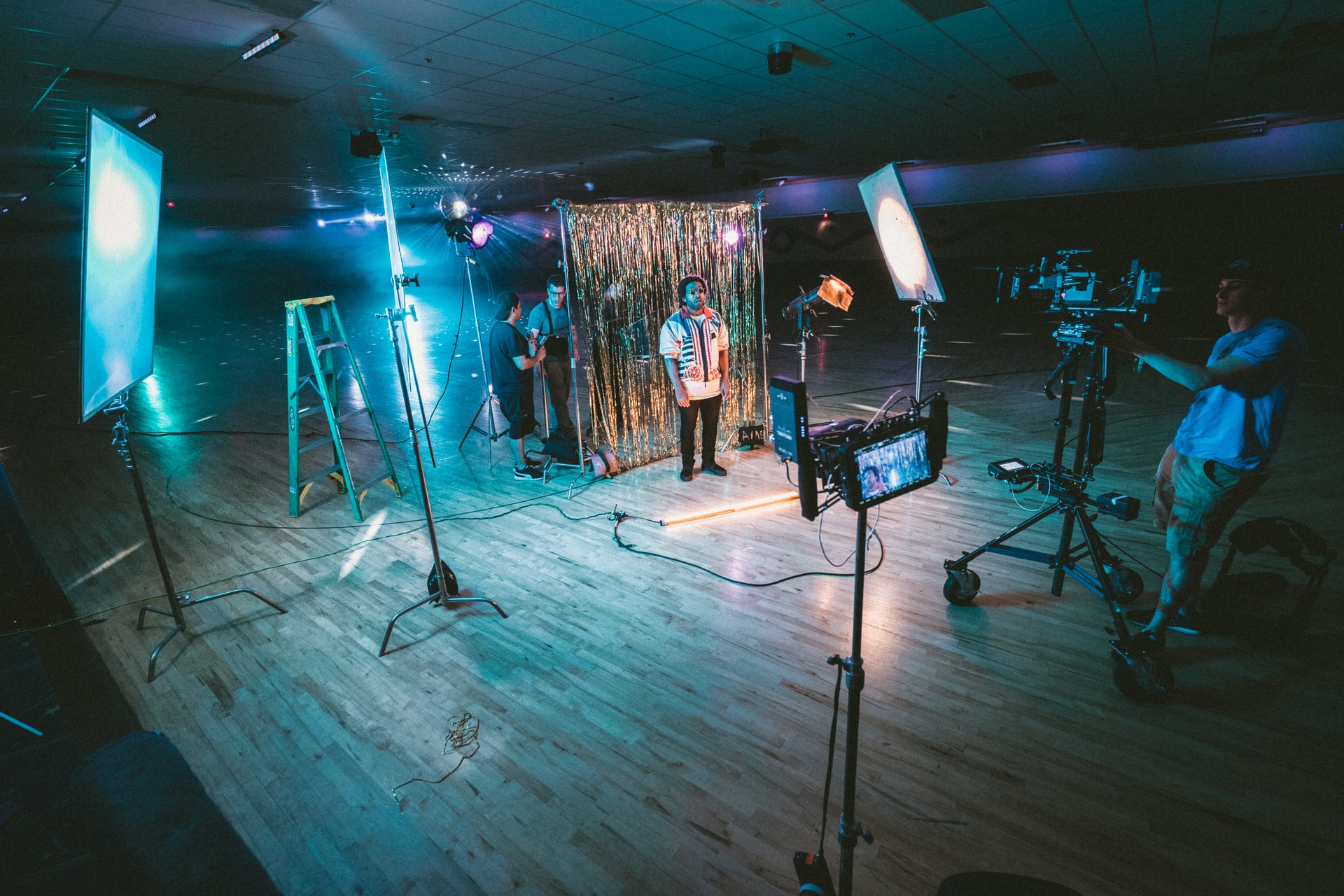 Leave your Blood on the Walls

Ownership is what this whole Les Chantery interview boils down to. Own your audition experience. Own the time in the room. Own your choices. The evaluation of how well an audition went shouldn’t be “did I nail it?”, “did I forget my lines?” but: “Did I show up?”

Is my DNA on the casting room walls? Is my blood on their carpet? No actor has booked a job because they got their lines right. Give them you. An audition isn’t about ticking boxes.

Les is an incredibly inspiring acting coach and I recommend checking out his classes and booking in. You won’t regret it!

How to Act With Your Eyes