So you have stumbled here to work through one of Shakespeare’s popular male monologues. To begin, I except you have read the play. If you haven’t do so, read it. Now! Having a clear understanding of the story gives the monologue context and helps unlock the meaning for you as an actor. It also informs choices on character and gives you the given circumstances surrounding monologue. I understand it can be tricky reading the work of Shakespeare, so don’t expect to understand every word, however, something being tough is no excuse not to do it.

If you haven’t read Love Labour’s Lost yet, or you have, and had no idea what on earth happened, here is the best overview I could find…

Ferdinand, The King of Navarre, and his three mates, Berowne, Longaville, and Dumaine, make a pact to study hard for three years, ignoring all worldly distractions. Most importantly, women!

As soon as they have locked in this deal, the Princess of France arrives with three ladies: Rosaline, Maria, and Katharine. Turning down royalty is difficult, so they meet with the ladies outside where they are camping. They soon realise that they all have romantic history with these particular women. The stage is set!

Don Armado, a Spaniard visiting the court, is in love with Jaquenetta, a servant girl. He sends Costard (a dumb servant) to her with his love letter. Berowne, also writes a love letter to his new love, Rosalind. He choses Costard to send his letter (not his best idea). And in classic Shakespearean fashion the letters are mixed up! Costard, you silly thing!

Whilst Berowne awaits a reply, he overhears King Ferdinand reading over his own love letter to the Princess of France. And then the other two, Dumaine and Longaville follow suit.  Berowne is lording it over them all when Jaquenetta comes in with his love letter. They have attempted to be conspiratorial, but are found out. So Berowne suggests that the only solution is to give up the agreement and get some girls! And what better way to entice them then to throw a masked ball. (oh and obviously dressed up as Russians). The boys send the girls gifts and invite them to the party!

The women are unimpressed by the men’s weak vowels and so they decide to make a joke of their male counterparts, swapping their gifts, so that the men will flirt with the wrong women. Eventually the women reveal their true identity, great prank gals!

Don Armado puts on a show. The boys laugh, but the women are the picture of graciousness. However, before the revels are finished the Princess receives word that her father has died and she must return to France immediately.

The boys profess their love, but the women are sceptical, pointing out how weak their vows have been previously. They ask the boys to wait a year until they have finished mourning and if they do, then and only then will they be married.

And so the play ends, with little resolution… How faithful will the boys be? 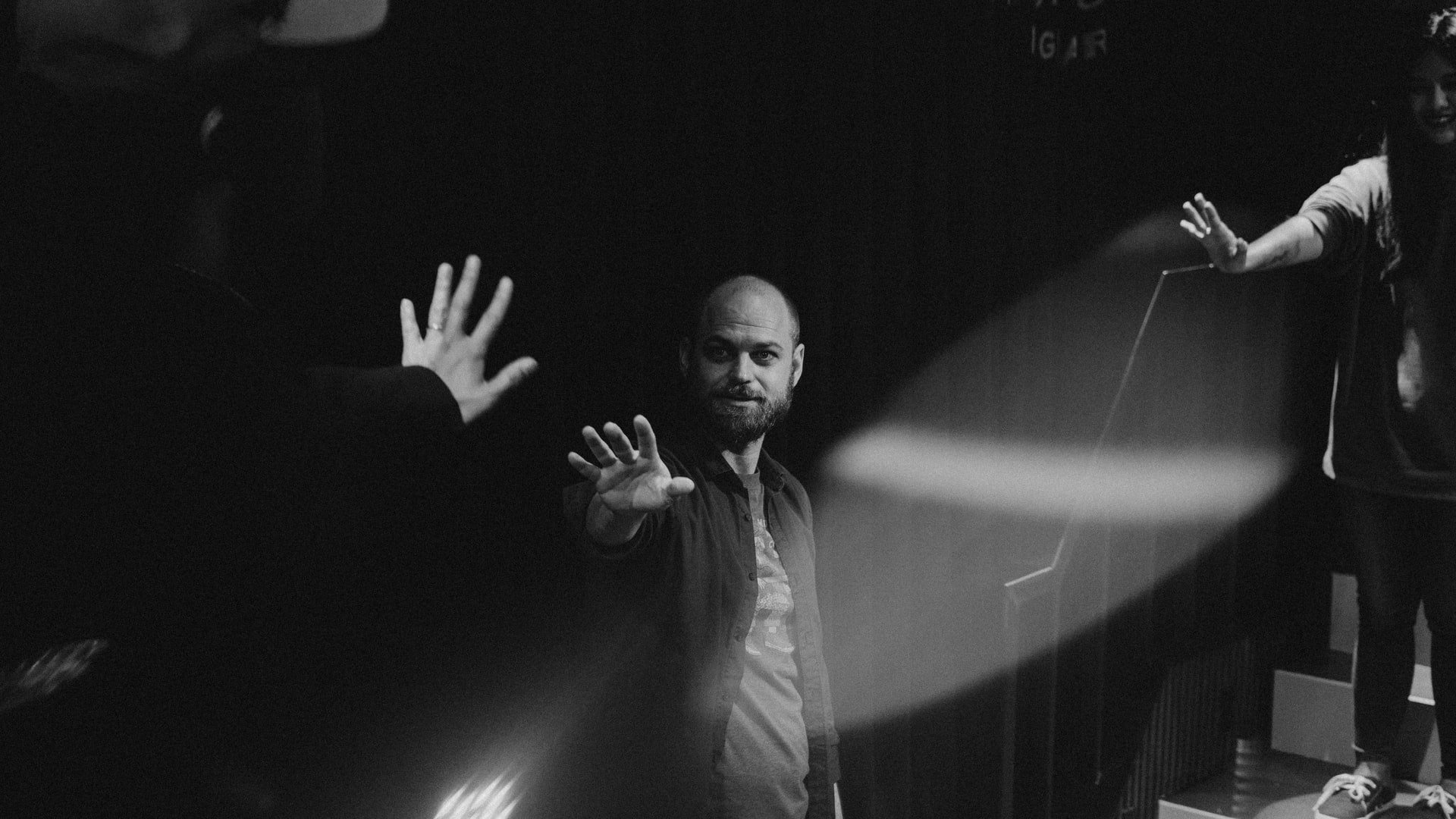 What has just happened…

Berowne has just given Costard a love letter for Rosalind. After he exits, Berowne has a monologue expressing his shock and  amazement that he, the most cynical about love, has fallen for in love.

And I, forsooth, in love!
I, that have been love’s whip,
A very beadle to a humorous sigh,
A critic, nay, a night-watch constable,
A domineering pedant o’er the boy,
Than whom no mortal so magnificent!
This wimpled, whining, purblind, wayward boy,
This Signor-Junior, giant-dwarf, Dan Cupid,
Regent of love-rhymes, lord of folded arms,
Th’ anointed sovereign of sighs and groans,
Liege of all loiterers and malcontents,
Dread prince of plackets, king of codpieces,
Sole imperator and great general
Of trotting paritors – O my little heart!
And I to be a corporal of his field,
And wear his colours like a tumbler’s hoop!
What? I love? I sue? I seek a wife?
A woman, that is like a German clock,
Still a-repairing, ever out of frame,
And never going aright, being a watch,
But being watched that it may still go right!
Nay, to be perjured, which is worst of all;
And among three to love the worst of all –
A whitely wanton with a velvet brow,
With two pitch-balls stuck in her face for eyes;
Ay, and, by heaven, one that will do the deed
Though Argus were her eunuch and her guard!
And I to sigh for her, to watch for her,
To pray for her! Go to, it is a plague
That Cupid will impose for my neglect
Of his almighty dreadful little might.
Well, I will love, write, sigh, pray, sue, and groan;
Some men must love my lady, and some Joan.

And I, in truth, am in love!
I, that have mocked love for so long,
A fighter against the temperamental nature of love
I have been a critic, a guard against it
I have been like a controlling teacher over a naughty school boy
Cupid – is there a prouder mortal on earth?

That blindfolded, stubborn boy, who is both old and young, tall and short, master of love, the lord of love poems, of grumpy crossed armed lovers, the almighty leader of sighs and groans, the commander of all those who drag their feet or whinge about love, the prince of women’s genitals, the king of male ones, the absolute ruler and great general of men who judged those in love. Oh my!

And I to now be one of his followers, like a soldier in his army. To wear his uniform and act like his acrobat, doing tricks for him. What! I am in love? And seek a wife?

A woman who is like an intricate German lock. It’s alway in need of repair, always faulty, never telling the time like it’s supposed to. But still a small clock, as it needs to be watched all the time, always tells the right time!

I can’t believe I am to be a liar, and going to break my oath, and out of all the promises, to love someone is definitely the worst.

She is fair skinned, with a soft face. With two pitch black balls stuck on her face for eyes. Yes she will make love to me, though I am going to have to work pretty hard to get there. Like fighting a great battle with a monster.

And so I will sigh for her and stay awake because of her. I will pray for her, oh gosh, this is a plague that Cupid has given me because I ignored his power for so long.

Well I will love, write, moan, pray, and court. Some men get to love a beautiful lady and some men just an average woman.

A fantastic monologue from a great Shakespeare play. Make sure you do the work spelled out in this guide: read the play, look up the unfamiliar words, and seek clarity above all else. Once you have that bedrock of understanding, enjoy yourself. Berowne is a fun, witty and most of all cheeky character. He is similar to Benedick in Much Ado About Nothing, full of charisma and charm. So have fun!