Before we dive in I want to dispel some Shakespearean myths and share my opinion on how to act Shakespeare.

Many actors have the notion that Shakespeare must be performed in a certain way. Usually we imagine Richard Burton, or Laurence Olivier speaking with a perfect RP accent, in period costume, presenting a role that doesn’t really resemble the acting we binge watch every night on Netflix. I think this is a false notion, and Shakespeare himself backs me up.

Here are his thoughts on acting (Shakespeare’s advice to the players found in Hamlet):

Speak the speech, I pray you, as I pronounced it to you, trippingly on the tongue. But if you mouth it, as many of our players do, I had as lief the town crier spoke my lines. Nor do not saw the air too much with your hand, thus, by use all gently, for in the very torrent, tempest, and (as I may say) whirlwind of your passion, you must acquire and beget a temperance that may give it smoothness. O, it offends me to the soul to hear a robustious periwig-pated fellow tear a passion to tatters, to very rags, to split the ears of the groundlings, who for the most part are capable of nothing but inexplicable dumb shows and noise. I would have such a fellow whipped for o’erdoing Termagant. It out-herods Herod. Pray you avoid it. Be not too tame neither, but let your own discretion be your tutor. Suit the action to the word, the word to the action, with this special observance, that you o’erstep not the modesty of nature.

Basically what Shakespeare is saying is keep it REAL. Don’t be too over the top and don’t under play it. Though Shakespeare’s language may be poetic, and at times seem extreme compared to our day to day communication, it has to always be based in truth. You could call it a heightened truth.

. So though we may associate Shakespeare with an upper class English accent, you should never imitate that.

There is a lot of research to suggest in Shakespeare’s time the accent was quite different from modern RP and actually resembled more a northern English accent. Some go so far as to suggest that an American accent is closer to the accent that would have been used in Shakespeare’s time. That means the RP/upper class English accent which has become analogous with Shakespearean acting, is in fact less accurate than a run of the mill US accent.

The point of the story: Always use your natural voice and accent when performing Shakespeare. 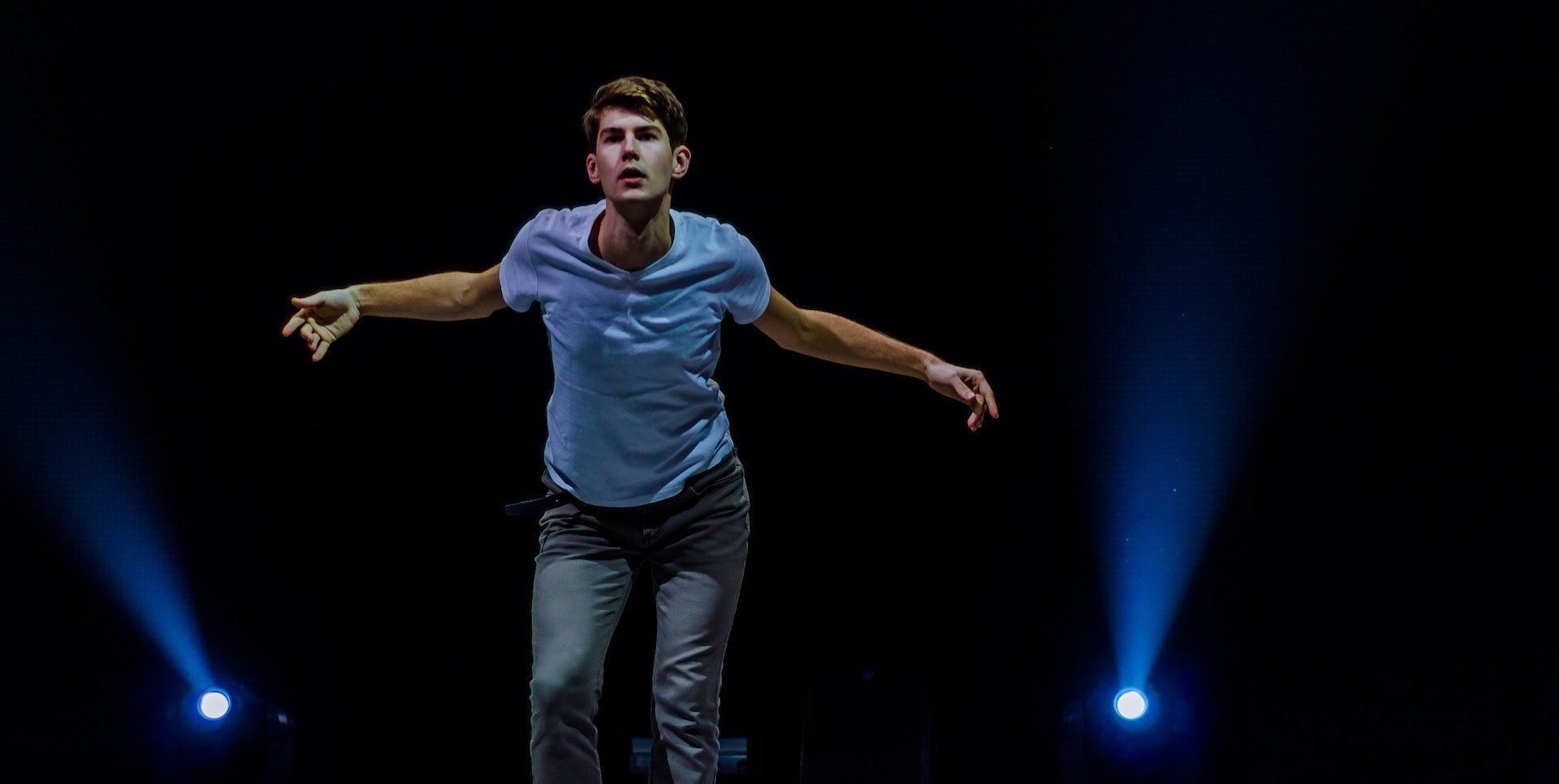 If you’ve read my articles before you know I go on about this a lot, but guess what? Actors are still not listening. Reading the play is always important to give context to a monologue. It helps you understand the story, the character and reason behind why you are saying the monologue in the first play.

I know reading a Shakespeare play can be tough, especially The Merry Wives of Windsor, but push through. Worse case scenario watch the film or preferably listen to an audio recording (there are some great ones out there).

You probably didn’t understand much when you first read the play. I read a few Shakespeare plays when I was younger and after closing that final page, couldn’t tell you a single thing of what had just happened. The answer? Take it slow. Break it down moment to moment, scene to scene.

Start with a basic Google search, jump on Wikipedia and get an overview of the characters and the storyline and then try to read it again. Even for seasoned Shakespearean actors, his work requires re-reading.

If you are performing one of the more popular Shakespeare plays check out no fear Shakespeare. This is a great resource for getting a good basic understanding of what is happening in the play. You get a modern day translation of the text for every scene in the play. Don’t take it as gospel, but definitely an awesome starting point.

Tip: it’s definitely worth checking out your monologue on No Fear Shakespeare

if you are struggling with the sense of the monologue. 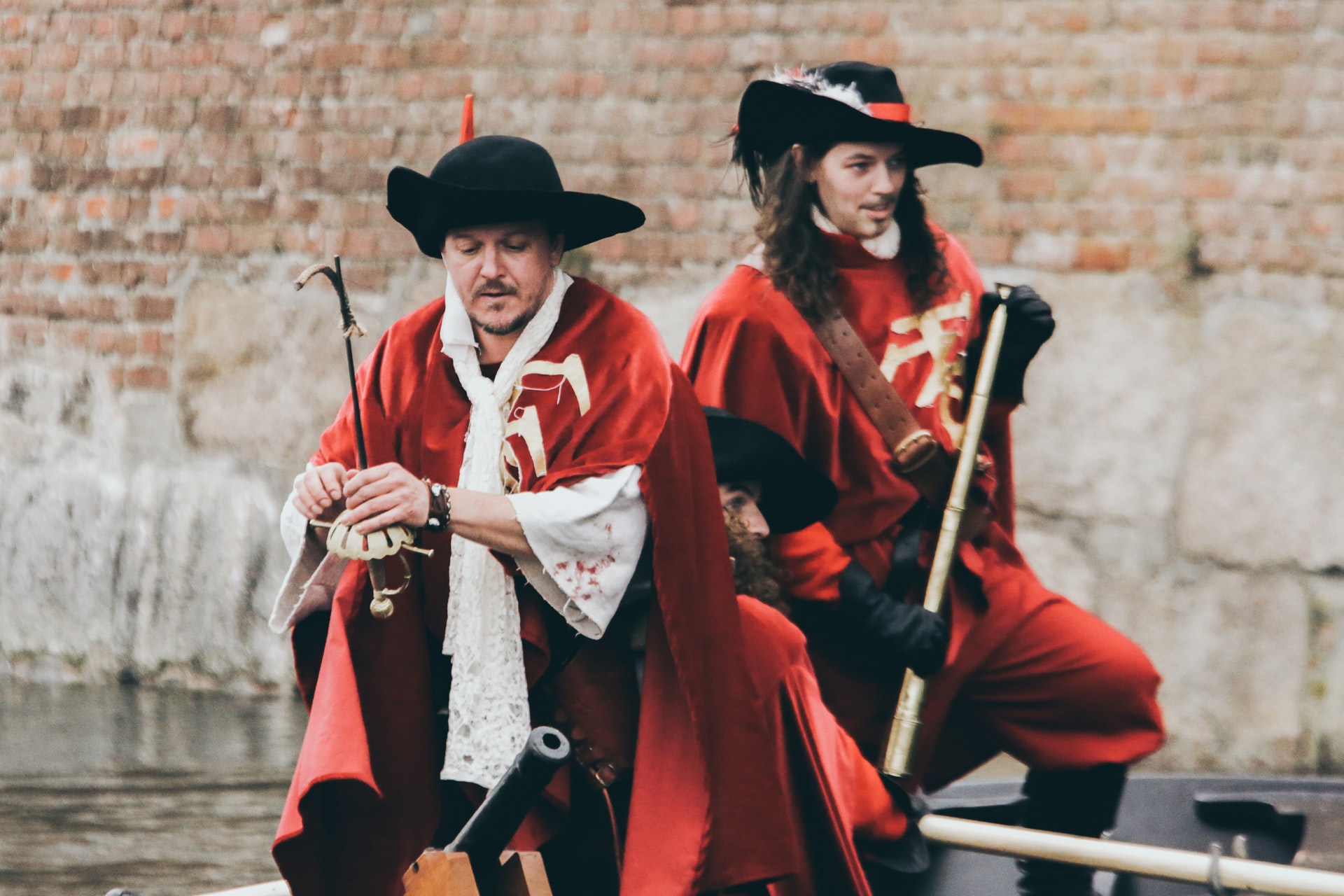 #3 Get out the dictionary

Once you’ve read the play, and then re-read it, it’s time to get to work. Get out your pen and circle any unfamiliar words. Then reach for the dictionary, or dictionary app and look up the words. I guarantee there will be between 3-10 words in the monologue that you are unfamiliar with or have a different meaning to what you thought (more on this in the next point…)

Tip: this can be boring work, but it’s essential.

#4 Get out the Shakespeare dictionary

The English language is always evolving and so words that meant something very specific in Shakespeare’s day, may now have a completely new meaning.

Shakespeare’s Words is an amazing glossary of words used in Shakespeare’s plays. It’s a worthwhile investment and can be seen in every rehearsal room around the world that is working on a Shakespeare play.

There are layers to understanding a Shakespeare monologue. For instance in Hamlet’s famous “To be or not to be…” monologue we can understand that he is debating whether he should kill himself or not. That is the first layer. From there we need to become detectives and try to understand the detail of every thought, line and word.

It’s important to understand the overarching story of the monologue, but you need to go deeper. I recommend going one line at a time, looking up unfamiliar words, and then piecing it together. Understand the word – the line – the thought – the monologue.

Tip: this can take time and refection, but becomes quite fun after a while. There are no right answers, and so you can have your own unique perspective on a line. 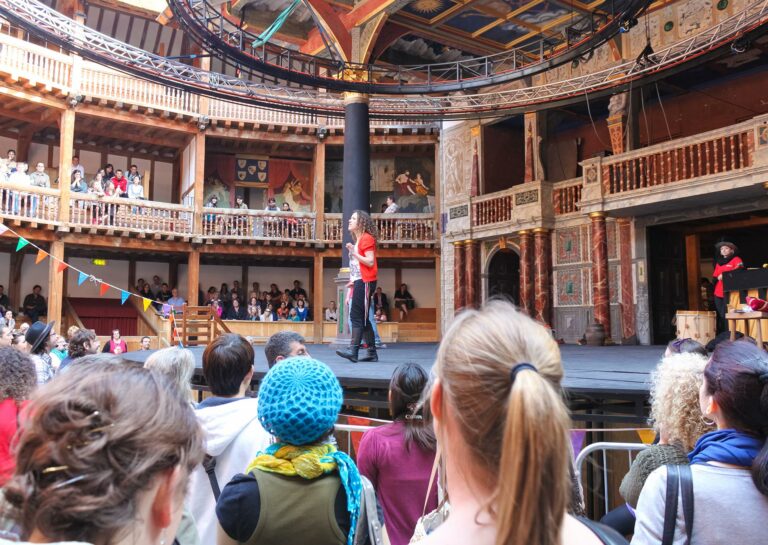 When performing Shakespeare it can be really easy to fall into patterns, and these patterns can ruin the sense of the speech and make it feel dull and monotonous. I recommend learning the monologue in a way that keeps it flexible.

Learn the lines whilst rolling around on the floor, or while singing. Practice the lines in silly voices and at different tempos. This sounds stupid, but what it does is allows you to remain adaptable.

Tip: auditions are terrifying and you will be nervous. Make sure you have learnt your monologue backwards. If you are asked to do it another way at the audition you have to be able to do that. So make sure you are really solid with your lines.

#7 Stepping up to Shakespeare’s Language

I don’t want to go into this too much, as Damien Ryan, one of the leading Shakespearean authorities discusses it in the video below, but Shakespeare is demanding and actors need to step up to the plate.

It pushes actors to step up in every way. Vocally one must be flexible, dynamic, articulate, and well supported. Physically one must be comfortable in their body and feel relaxed. And ones acting must be totally committed.

You cannot take your foot off the gas for a second. You have to live in the moment and find each thought as it comes, or else the audience is lost. Always aiming for clarity and clear intentions with every line.

A few cheats to get even better at acting Shakespeare

Don’t just read the play you are performing your monologue from, read as many as you can bear. The more familiar you are with his work the better. Reading the plays out loud is also a great way to get used to Shakespeare’s language.

Learn about the era

Though we rarely perform Shakespeare in a period setting these days, it is helpful to understand the era the plays were written in. It can give meaning and clarity to your monologue and help unlock it. Shakespeare referenced a lot that was of the time, and if you don’t understand those references, an audience will have no hope.

Watch every Shakespeare play you can

Whenever there is a Shakespeare play on, watch it. You may get sick of it, but it’s a great way to learn more about Shakespeare. Even if it’s a bad production. The more you listen to his language the less foreign it becomes. It’s also worth checking out some of the best film versions of Shakespeare’s plays.