I’ve considered quitting acting more often than I’d like to concede. The reasons to forgo a career in the arts are too numerous to ignore, not the least of which is financial. My theatre director once told his constituency that to be an artist you must be willing to endure poverty. Is it worth it? There are days I wake up and stay up in a panic, when my survival job is the illegitimate piece of debris that keeps me afloat in the tidal wave of adulthood. The thought of building a solid monetary foundation, a house on a hill and presumed freedom can hold a breathless intoxication. I might even be able to afford more consistent trips to the theatre on Broadway and the West End, which I so desperately long to attend. I openly advertise that I am more than willing to accept the side effects (should I be so blessed) of a grossly successful acting career: fame, wealth, respect. Acting is certainly not cost-effective, and I’ve ‘invested’ so much money towards classes, towards my theatre degree, in time away from a field more lucrative. 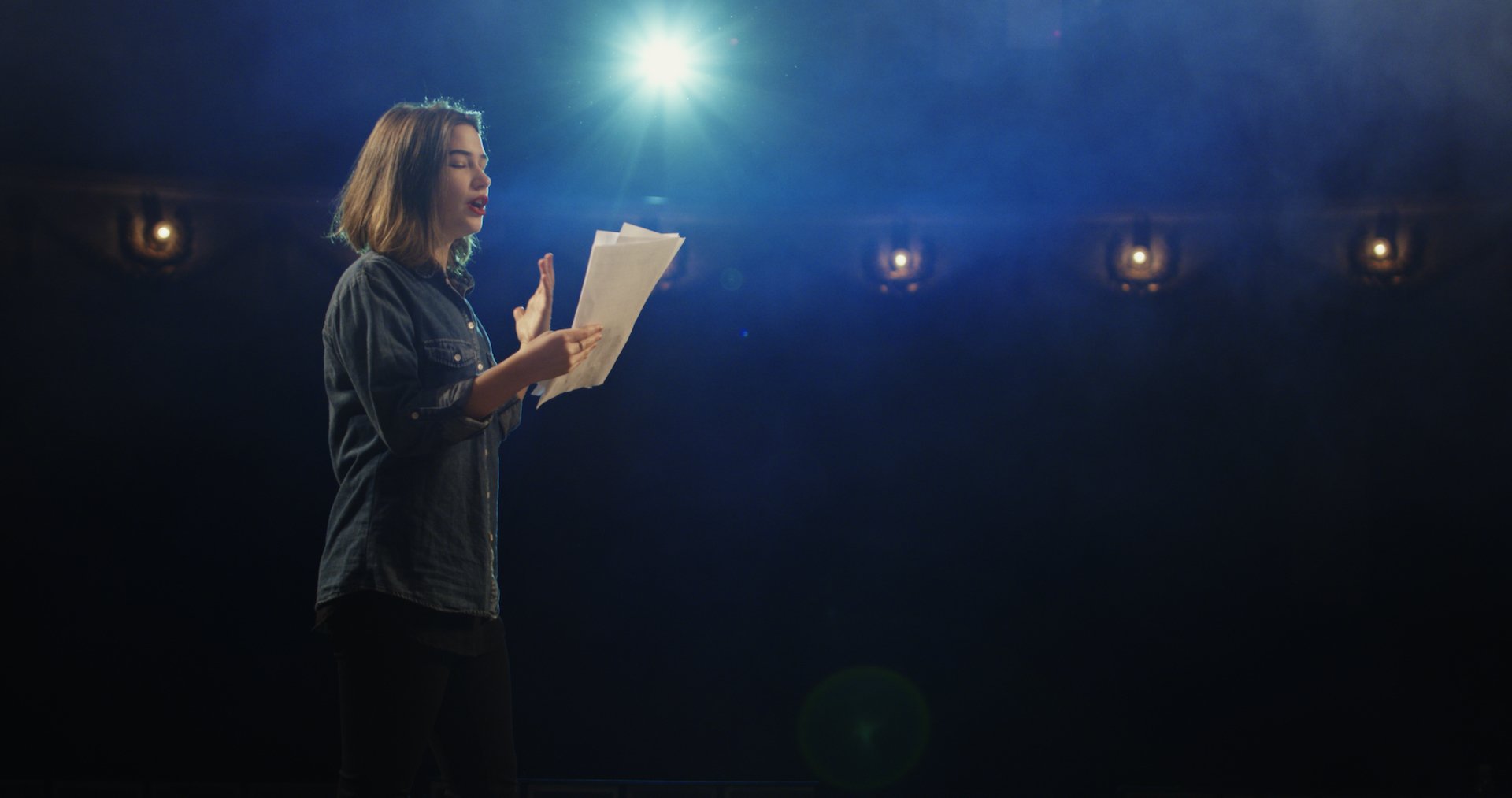 The fear of poverty is persistent and immensely persuasive, but it is far from the sole fear incumbent in acting. Can any of us deny that acting is grotesquely terrifying? Examine your own thoughts and feelings, and the increased blood pressure prior to stepping on any stage, no matter the setting. It is a strange sort of self-torture, to cripple and rebuild yourself emotionally and mentally before, during and after your time in lights. The truth is that the life of an actor is a life teeming with fear and doubt. What if I’m not as talented as I thought? What if the people across the audition table don’t like my new blue shirt? Am I waving my hands too much in this monologue? I promise this sounded better in my bedroom. Why is Johnny No-skills getting so much more work? Seriously, what the hell do I do with my hands?!

I believe that we, as actors, should not impose a wilful ignorance on our fears, as they will seem insurmountable when they inevitably bubble up. I believe that we must embrace these fears. To achieve success in any endeavour requires a discipline and a drive, and the acting game is no different. The brass ring is so tantalising and the views from the mountain top so glorious, that we should embrace the pains of insecurity. If we acknowledge these constant doubts and fears, we then understand that they are simply excuses to abandon the path we’ve set upon.

Thus conscience does make cowards of us all.

Am I even good enough to make it in this business? My friends and I agonise over who the best actor is, who of our friends is destined for stardom, who’s the most talented one in any given room. I once approached an acting teacher about her thoughts on talent. She answered me bluntly, “talent doesn’t matter.” My stunned silence led her to continue. She said that the fear of not having talent will only give you an excuse not to continue—as if we needed any more excuses! “Think not of talent”, she suggested, “but only of need.” If you need to be an actor, if you need to be on a stage, if you need a script, then self-appraisals of your talent in relation to success are superfluous.

Acting is one of the few endeavours that elicits a fear of both failure…and success. What happens if I book this job and I have nothing after? An actor’s vocation, at any stage of success, is freelance. What if I am perpetually in a state of job insecurity, just waiting for a dry spell in my forties when I have kids and greater responsibilities and I’m on the door step, cap in hand, of another restaurant job? I’ve seen my actor friends abandon their dreams and pursue the life of stability, a life of perceived assurance, a life without the mounting fear of a fresh audition. Empty chairs now at empty tables.

Our doubts are traitors, and make us lose the good we oft might win by fearing to attempt. 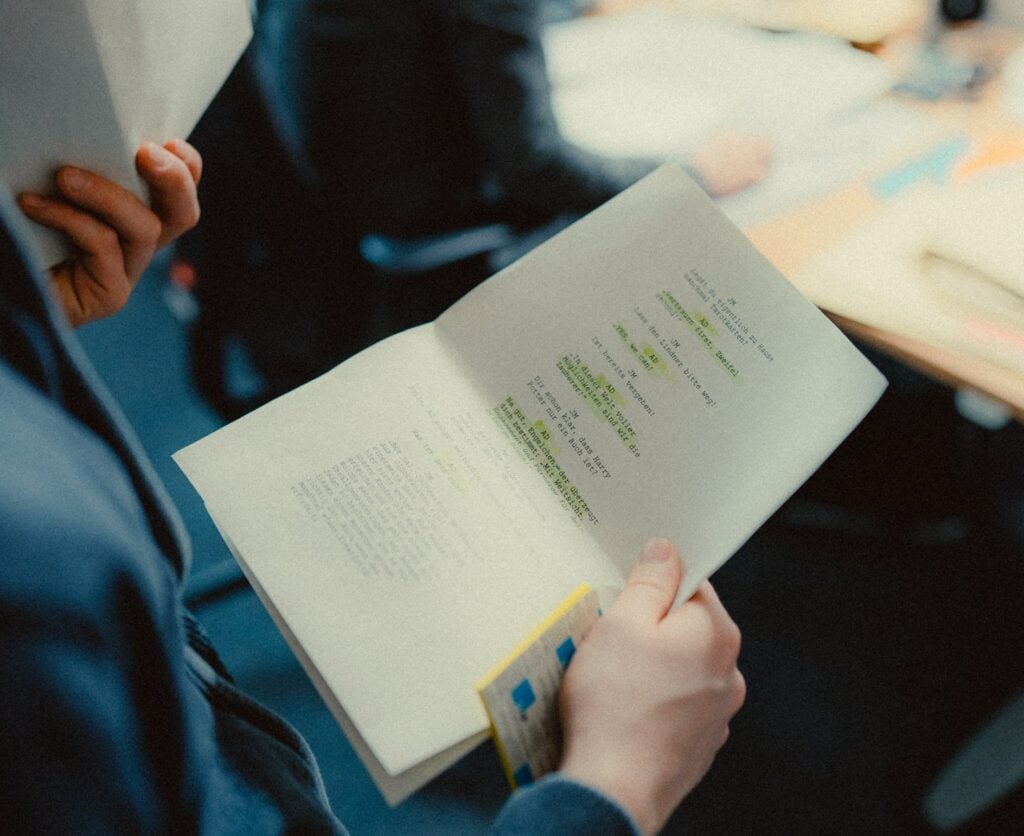 I began my journey as an actor in my early twenties and, in the relatively short time I’ve been reading and interpreting scripts, I have to reflect on whether pursuing a career in acting was merely a project in indulging my own vanity or whether there is honour, nobility and purpose in the craft. Upon reflection, what have I learned? What have I gained? I once had the pleasure of portraying Dr Astrov in a production of Uncle Vanya, during which I immersed myself in the lives of men and women in Russia at the turn of the 20th century; a subject I had little knowledge or interest in prior. Acting has stimulated many such curiosities and adventures. I’ve travelled and performed with people from around the world. I’ve studied the behemoths of literature. I met my wife in a play and, along the way, two of my best friends who travelled across countries and oceans to come to my wedding. Acting has fostered an interest in wine, in finance, in black culture, in aristocratic culture, in art history, in rhetoric and, perhaps most importantly, in myself. I believe that there is a return on investment in acting that is greater than the material, and the dedicated actor pursues a noble endeavour that is worthy.

The dedicated actor attempts to understand what it means to be human, to embrace our flaws and, in doing so, our beauty. Any artist seeks the truth; it is the actor that is willing to do it on a stage and bare themselves. If writing is the most enduring art form, acting is the most courageous. The work is done, not in a studio, not in a loft, not in a vocal booth in isolation…but on a stage. Every person dies at least once; they say an athlete dies twice, the cat is infamous for its nine lives. None of these compare to the actor, who can live, breathe, fall in love and die every night…on a stage. The brave actor has a seemingly insurmountable mountain of fear, yet chooses to carry on pursuing their dream anyway.

Despite the unseen iceberg of insecurities, for the rest of my life I will always take pride and humbly salute myself and my fellow actors for pursuing acting. I may lament many, if not most, of the major decisions I’ve made. I may reflect back with embarrassment on other acts of cowardice in my life, but I will always respect my decision and the courage it took to pursue acting. The fact is that most of us won’t scale the heights we dream of…but some of us will. That fact makes the treacherous path worth exploring.

Staying in the Acting Game

8 Unsavoury Things you will do as an Actor