The most powerful influence over our feelings, thoughts and actions are our own words: the things that voice in our head says to us. We actors often find ourselves in our heads, stressed, overthinking and worrying… usually about things that are out of our control.

Relax though, you’re not alone. We’re all guilty – actors and non-actors alike. We all have things in our lives that concern us and worry us. We can worry about world peace, worry about Trump or worry about whether the casting director (CD) liked us in that audition we just did. Sometimes our worries become all-consuming: we wake in the middle of the night, find it hard to get to sleep or simply begin to question our decision to be an actor. However, usually, the thing that we focus on and put our energy into, is the thing that will grow.

If we focus on our concerns and fears, there is a good chance that they will grow and become overwhelming or paralysing. In other words, instead of reacting to, or worrying about conditions over which we have little or no control (such as whether or not our audition was good), we can instead focus time and energy on things we can control and influence. One of the simplest yet powerful things we can influence, is the language in our heads.

A legend of the world of management and business is Steven Covey. He wrote The Seven Habits of Highly Effective People (1989). The are some amazing insights for actors in his book (especially habit seven, if you’re someone who could improve your personal time management for example). Habit one, of the Seven Habits, is all about recognising what you can control
and what you can’t. 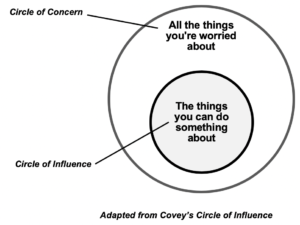 Covey argues that when we recognise concerns and worries bubbling up, we should stop and ask ourselves whether it’s something we can influence. If we realise we can’t, that it’s out of our control, then ask “why am I putting so
much energy into that?”. Covey suggests instead that we invest our energy into things that we can control.

Take a simple, audition based, example. Lots of people get nervous – to the point of throwing up – prior to an audition (or job interview, or public speaking…). If this happens, we ought to stop and ask if it’s something we can influence. If we look at the ultimate casting decision, maybe no. But we could influence our performance during the audition. Rather that worry and tell ourselves “I always get nervous and make a fool of myself – I’m a terrible actor”, we can turn that around. We can remind ourselves that we’re not “always” nervous; that the CD actually wants to see us; that the last feedback we received on a self-tape was great; that we have a couple of days to be off book, so we can self-tape it, watch it back, get some advice, coaching,
support… etc. It might not influence the outcome, but it can influence our performance (which might just influence the outcome after all).

After the audition the worry and self-doubt naturally creep in and we question our “choices” and all the things we “should have” done or “didn’t do” and we start the downward spiral. Again, is it something we can control? No. We can’t
influence that. It happened – why lose sleep over it? But we can influence next time by making note for the future.

So why do we do this to ourselves? Our inner voice is always there – it barely shuts up. For most of us, every time the positive voice gets some airtime, it’s shut down by a chorus of negative ones (they’re loud sometimes right?). Maybe it’s a defence mechanism from our “fight or flight” wiring to stop risky behaviour; maybe we learned it growing up. Either way it can be unlearned – or at least managed, using the power of our inner voice “for good”.

Self-talk determines how we feel and behave; by changing our self-talk, we can change how we feel and behave. This idea has its origins in Cognitive Behavioural Therapy (or CBT). When something happens to us (an event) – like getting a bad review for example, our inner voice will start yapping. 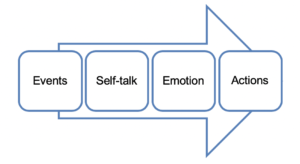 If that self-talk is negative (“I’m a terrible actor”), it will impact our emotions (which will in turn be negative: depressed, sad, angry, frustrated etc) and as a result, our actions will generally be negative as well. For example, we may feel our first take in the room was shitty, so our self-talk will say “I’m an amateur, I can’t act” then we start to panic, over-think, stress and get upset… then what happens is that we bomb the second take… (sound familiar?)

It is possible for us to turn this around. It’s a bit like the old idea that the first step to recovery is recognising the issue – or (for the science nerds) in Quantum physics, a particle observed changes its behaviour…

Albert Ellis, (a US psychologist, who developed the field of Rational Emotive Behavioural Therapy) best explained it by saying we cannot always control the events that happen to us, but do have the power to think rationally about them and thereby change our unwanted emotions and ineffective actions.

Another psychologist who has done some amazing work on self-talk is Sydney based Sarah Edleman, author of Change Your Thinking. Edleman refers to negative self-talk as faulty thinking (an accurate description!)

Edleman breaks down a range of typical negative thoughts and looks at the likely feelings that they might evoke in us. For example, the thought I’m a bad actor might evoke the feeling of inadequacy. I can never learn my lines: anxiety; my agent isn’t working hard enough: frustration; every other actor I know is working: incompetence; that was the worst audition ever: embarrassment. And so it goes on in an all familiar way.

Once the negative self-talk has triggered a negative emotion, its likely to play out badly. Feelings of inadequacy may play out with us not trusting our acting choices, or the positive feedback we usually get, or giving up acting all together – because, you know, working behind a desk pays well… In the case of the other examples: anxiety may play out in full “fight or flight” growing physically ill, hyperventilating and triggering further anxiety every time we pick up a script. Frustration may play out to losing our temper with our agent or even our supporters, damaging relationships and leading to them not working so hard for us in the future. Embarrassment may lead to an avoidance of auditions, a preference to play the audition without risks and ultimately delivering a boring performance. The interesting observation that I make is that many of the possible actions or outcomes of this negative self-talk and negative emotion is that they can frequently result in the thing we are trying to avoid (a self-fulfilling prophecy). A bad audition → embarrassed → take less risks → bad audition (the cycle continues).

When we hear this sort of negative self-talk in ourselves, we have the opportunity to recognise it and observe it for what it is. Then we can take action. When the self-talk becomes positive, our emotions are positive, and our behaviours invariably will be positive too.

These same examples might play out differently (and positively) if we change our thinking.

I’m a bad actor – changing the thinking: “am I though? What about that amazing feedback from Andy last month, and my agent loves me. I got that recent call back too – I didn’t get the job, but they liked me” – leads not to inadequacy, but self-empowerment; the action might be being more confidence going to the next audition.

I can never learn my lines – changing the thinking: “never? Actually that’s BS. It’s probably just this script. What’s worked before for me? I might ask some other’s in the group what their approach is. So what if it’s not perfect in the audition – I keep hearing CDs don’t want perfect – can lead to being confident, relaxed, calm; and the action can exploring new ways to learn lines and nailing it (or being less focused on perfection next audition).

This is a list of typical faulty thinking labels. Recognise some (all)? I find it extremely useful to use these labels to quickly snap my thinking back to being more positive: “hmmm I’m mind reading again”. 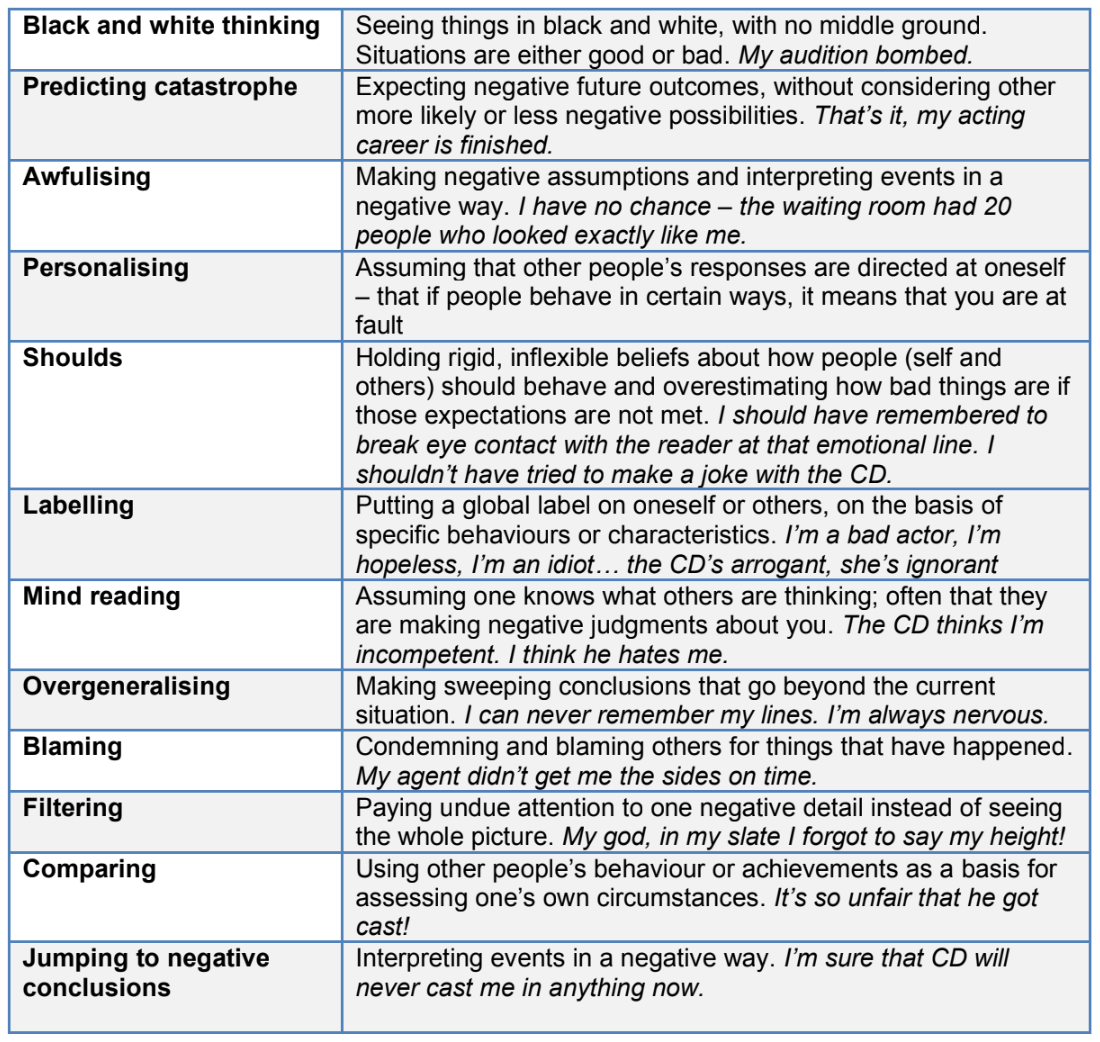 To wrap up… if as an actor you find yourself listening too much to your own negative self-talk and it’s getting you down, here is a great tool from Edleman’s book. Take a moment to reflect and use this “monitoring form” to see if you can change your thinking… unless of course you enjoy self-loathing and want to keep undermining yourself … 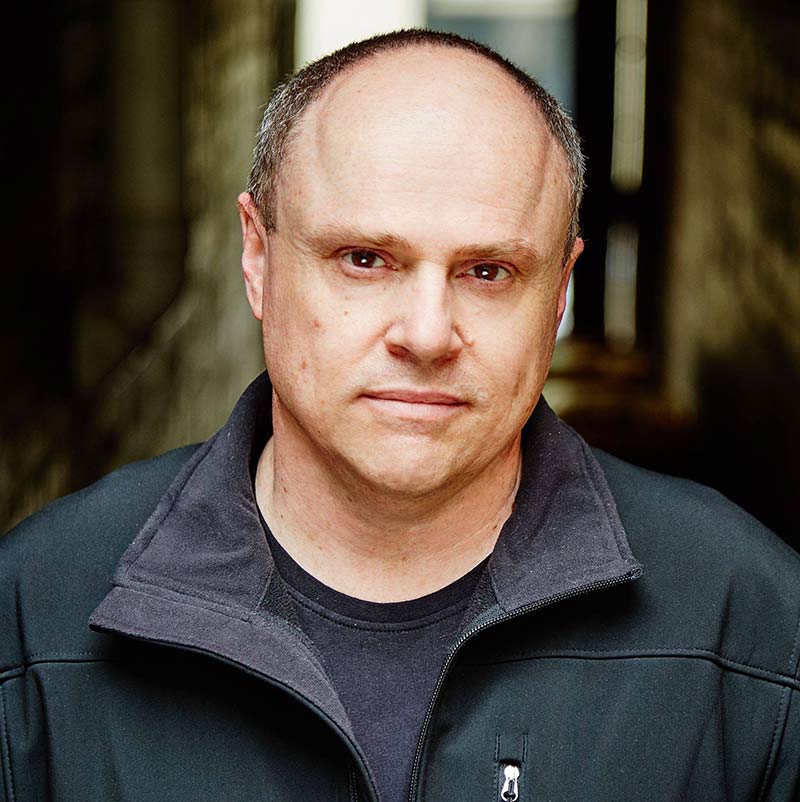 Stephen Walker is an actor who has also spent many years working as a career coach, supporting people build resilience to overcome stress, anxiety and fear.

Best Self Help Books for Actors

The Art of Relaxing…

5 ways to stop yourself from having an actor’s breakdown