While his Twitter bio reads, “I’m that actor in some of the movies you liked and some you didn’t,” most of us would describe Tom Hanks quite differently. Regarded as an American cultural icon,  Hanks was last month named the fourth-highest-grossing actor in North America.

Despite his humility, most actors would kill for his unbelievably impressive CV which now spans four decades on stage and screen. Among the most prominent are his breakout performances in  ‘Big’ and ‘Splash’, the monster box office franchise ‘Toy Story 1-4’, and timeless film staples  ‘Forrest Gump’, ‘Saving Private Ryan’ and ‘Cast Away’.

Fortunately for us, this two-time Oscar-winning actor is also renowned for his likeable and good-natured personality, so has been generous in his sharing of wisdom and insight over the years.

“Show up on time. Know your lines. Have an idea of what to do in the scene. The rest will  take care of itself.”

This may seem unreasonably obvious advice, but if it’s something that someone of Hanks’ calibre reminds himself of frequently, it’s probably worth us all taking note.

Hanks has also gone on to say, “What I do is glamorous and has an awful lot of white-hot attention placed on it. But the actual work requires the same discipline and passion as any job.” 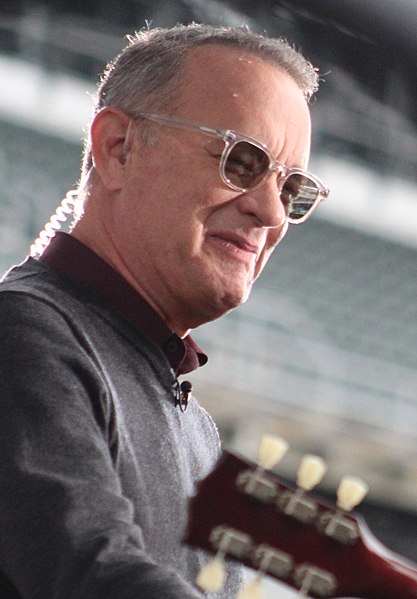 As actors, there are actually very few things within our control. We can’t control whether a project becomes critically acclaimed or garners us international award buzz. Hell, we can’t even control whether or not we get the role in the first place. What we can control, however, is our preparation and mindset – or, as Hanks puts it: our “discipline and passion”.

It follows that when we choose to focus solely on the elements within our circle of influence, we have far more energy and focus to direct towards doing our job at the highest level. So, be as prepared as you can possibly be and show up with unwavering dedication. The glamour and attention is just noise at the end of the day.

“You learn more from getting your butt kicked than getting it kissed.”

Hanks started his career in repertory theatre at the Great Lakes Shakespeare Festival in  Cleveland, Ohio. As an unpaid intern, he spent three years acting, building sets, and helping to arrange lighting. Although far from a romantic artistic existence, Hanks credits this time to  bestowing him with “the greatest lesson a young actor could possibly ever get.” Hanks would ultimately return to this restrained approach later as his star began to shine.

A father to a young family, Hanks has said he “avoided all the parties” and never indulged in a “plethora of riches and luxury.” Further, he decided to start saying no to playing “pussies” (though he is quick to underscore this isn’t meant in a “pejorative sense”), despite these very roles delivering sizeable paychecks and a coveted place on the Hollywood A-list.

However, this transition wasn’t smooth sailing – for a time he became the “punching bag of Hollywood” – and it took a number of years for Hanks to find the place he wanted to fill. Yet this turning point, this rebellion against what would have been so overwhelmingly tempting, is one  Hanks “prides” himself on now.

“If it wasn’t hard, everyone would do it. It’s the hard that makes it great.”

It’s true, if everything desirable in life was easily attained via some magic pill, it would cease to be perceived as attractive. True feats require an uncommon level of intention, courage and discipline,  and it is because of this that we so admire the people who surmount them.

However, this is a superpower we can all wield. We can each decide to be great by choosing to do the hard things. We can each sacrifice short term pleasures for long term fulfilment.

It often feels more appealing to opt for the “easy” choice in the moment – for instance, to stay up all night gaming with your housemates instead of reading over your script (again) before heading to bed early on the eve of a recall – but the result of the “hard” choice is more likely to be the one we truly cherish thirty years down the line.

While Hanks is gracing Australia with his presence filming Baz Luhrmann’s currently untitled Elvis  Presley biopic, it’s a good opportunity to reflect on what has made this actor’s career so remarkable and him so respected.

Hanks’ gratitude for his extraordinary journey his apparent in his interviews – he’s often referred to  lasting “much longer than anybody thought”, and gaining a level of celebrity “that no human being  on the face of the planet deserves.” But it’s notable that the advice he offers is so grounded, so simple, so achievable for us all.

But what else would we expect from our beloved Woody?

Tahlia Norrish is an Australian actor and writer currently based in London. After graduating from both The Liverpool Institute for Performing Arts (Acting & Musical Theatre) and Rose Bruford College (BA (Hons) Acting), Tahlia stepped up as Head Coach at The Actor’s Dojo - an online coaching program pioneering actor empowerment.

How to Act Natural