StageMilk / Acting Industry / What everyone does on a film set

Here’s a little glossary for what everyone does on a Film or Television set, so that the next gig you book, you know who does what, why and how. Half of what makes an actor’s career is their ability to work well in the team, as part of the crew. If you’re good to work with, as well as talented, you are sure to have a career as an actor. So let’s dig in.

The beginning, and end of filmmaking. The production department is essential. They are responsible for the day to day operations of a project, as well as scheduling the long term operations. They manage finances, scheduling, preparation, legals, the actors and director and also look over the entire crew.

Producer/s: not always, but sometimes are on film sets. The buck stops here – if the film were a religious human, the producer is God. He or she will know of everything that is going on. They are the chief problem solver, and the fielder of complaints.

Unit Production Manager: A largely logistical role, the Unit will be the Producer’s eyes and ears on set, and often create daily production reports.

Production Coordinator: will set-up, and run the production office. Along with the AD, they are the point of contact for the crew – taking care of travel, equipment, accomodation.

Production Assistant: basically, assist production. Anything from coffee runs, to ferrying talent, to an extra pair of hands.

The director really deserves their own heading. The director will have his or her fingers in all of the pies – controlling the artistic vision for the project and guiding the technical departments and actors towards that vision.

1st Assistant Director (1st AD):  is often responsible for breaking down the script into a shooting schedule, and keeping in contact with all the departments every day to keep production moving smoothly (this includes creating call sheets). They will also monitor the safety for all personnel on set.

2nd Assistant Director (2nd AD): is mostly responsible for working with the cast – actor’s as well as extras. They will liaise with the 1st AD and production manager to ensure everyone is where they are supposed to be!

Director’s Assistant/s: Occasionally a director will have an assistant or two working closely with them throughout the production. They may be liaising between the director and the production department, making script notes, or answering phone calls. 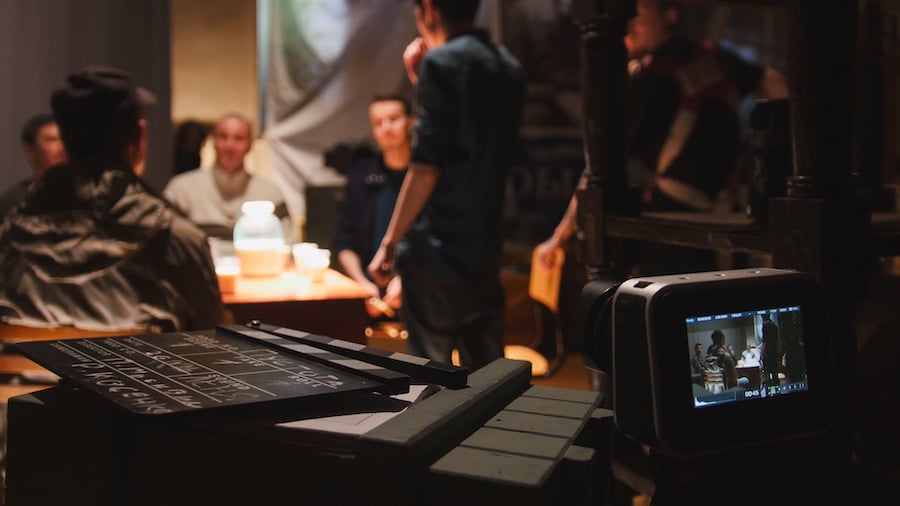 Director of Photography (DOP): is the chief of the camera and light crews working on a production and is responsible for making artistic and technical decisions related to the moving image.

1st Assistant Camera (1st AC): Often the first to arrive on set, they ensure that all camera equipment is accounted for and begin setting up for the day. They are also responsible for pulling focus.

2nd Assistant Camera (2nd AC):  Also known at clapper loader, they 2nd AC is responsible for slating each take, setting marks for the actors and taking camera notes for the editor. They will also often assist the 1st AC with lenses, and other camera equipment. On smaller productions, the 2nd AC might also be responsible for data wrangling.

DIT/Media Management: On larger productions, a DIT, with a video engineering background, is responsible for image quality control, troubleshooting, on-set color correction, and managing the workflow of a production.

Stills Photographer: On set stills photographers are there to capture behind the scenes images, and possible promo shots for when it comes time to market the film.

The electrics department are under the guidance of the Director of Photography, responsible for setting up lights, running power, and other electrical equipment.

Gaffer: is the head electrician, who is responsible for the execution, and occasionally the design, of the lighting plan for a project.

There could be simply one grip on a production, or up to 5 or 6, depending on the budget and nature of the film. Action films with lots of support equipment for the camera, such as dollies, car mounts and jibs, might require a whole team of grips. Smaller films, might only need one or two. Grip is responsible for assembling and maintaining this support equipment for camera, and work closely with the camera department. 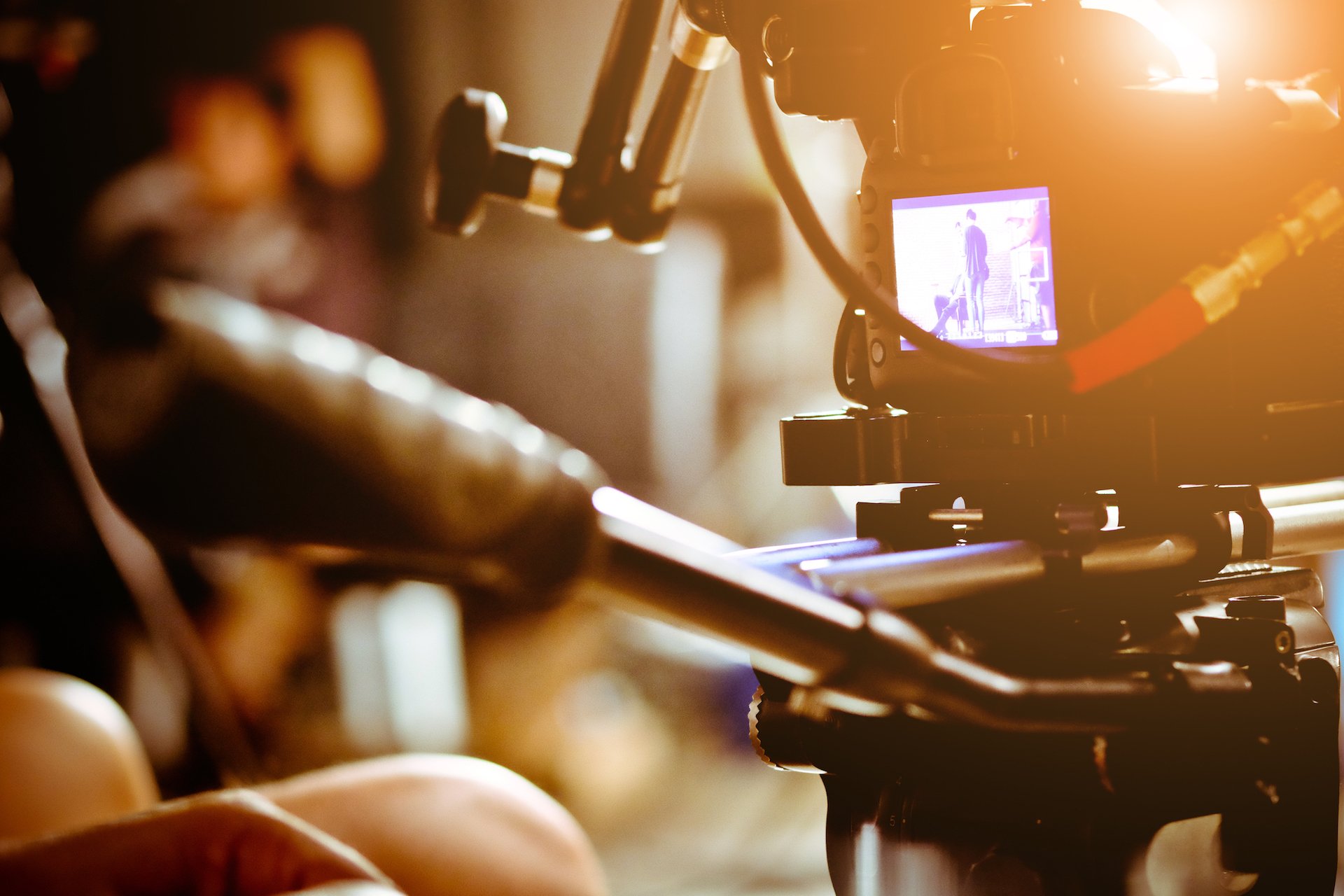 The Art Department are responsible for all the elements of scenery including set decoration, scenic work and construction (set building). On smaller productions, this may only involve set dressing various locations, and larger productions the team might be much larger, and broken into different departments – i.e. one for construction, another for set dressing.

Production Designer: is responsible for the visual concept of the project. They will identify a design style for sets, locations, graphics, props, lighting, camera angles and costumes, working closely with the director, DOP and producer.

Art Director: On larger productions, there may also be an Art Director, whom manages production design, and will work with the producer on managing the design budget and schedules.

Set Decorator’s, Dressers and PA’s: Under the guidance of the Production Designer, the design team will assemble, dress and decorate locations. They are also responsible for sourcing, adjusting, and creating the dressings.

The Props department are responsible for everything that actors touch besides costumes, set dressing, and HMU, including food, weapons, cigarettes, fake drugs.

Assistant Property Master: under the direction of the Property Master, is in charge of all props used throughout the production. This might involve purchasing props, and overseeing their placement, use, and maintenance on set.

Prop Assistants: assist the Property Master in any way, shape or form. 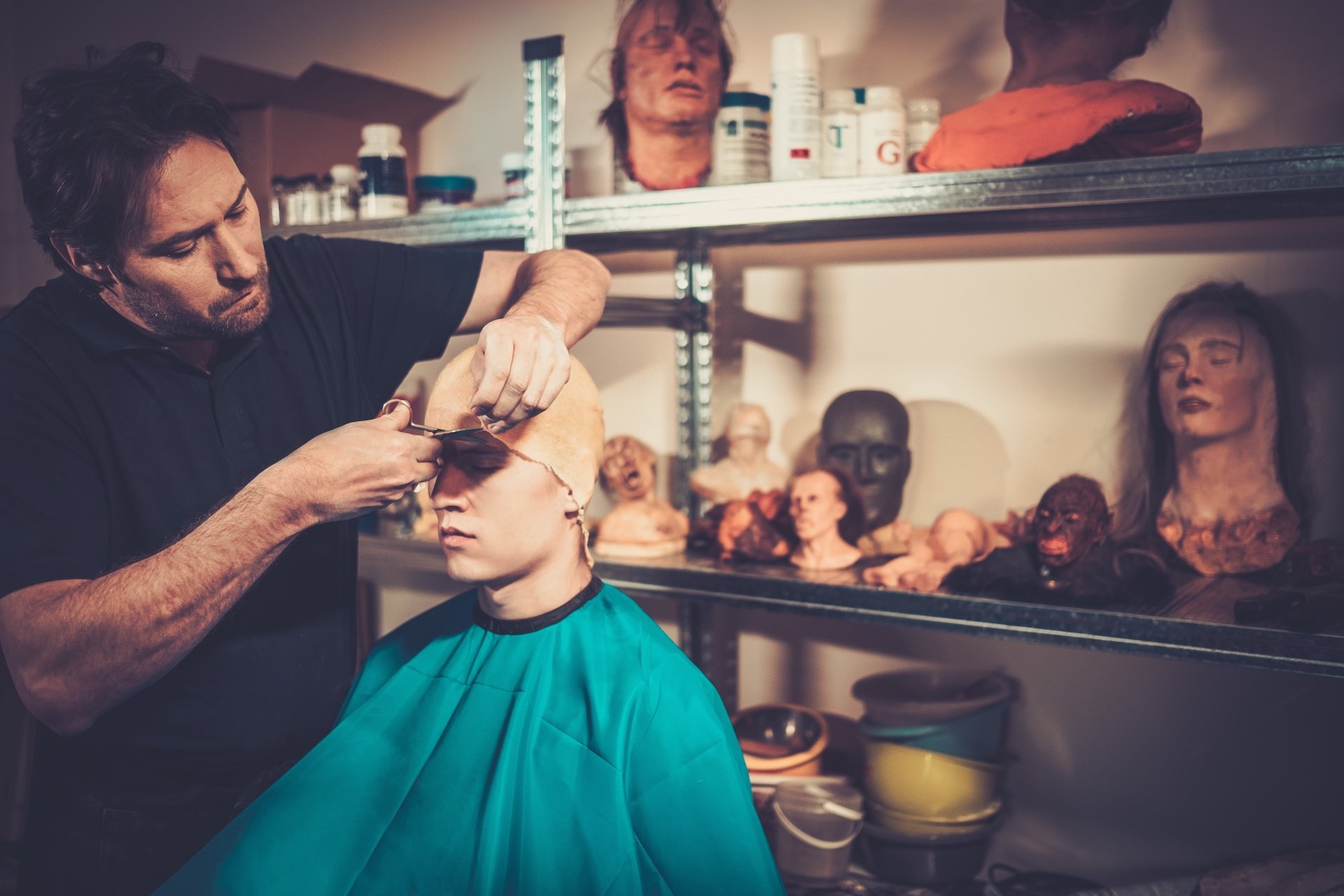 The Costume/Wardrobe department are in charge of the design & procurement of all costumes for principal talent and background.

Costume Designer: working with the Production Designer, are in charge of the sourcing, creating and altering of costume for a production. A lot of their role involves research, gathering references and sketching designs, whilst keeping in mind texture, balance, colour and character.

Shoppers: Begin their work during pre-production, sourcing (“shopping”) for wardrobe and costume elements.

Wardrobe Supervisors/Set Costumers: are responsible for organising costumes on set as well as dressing actors and background on the day. They may also keep an eye on continuity where wardrobe is regarded.

Usually is just a team of one, The Script Supervisor. Whom is in charge of breaking down the script, managing the continuity of blocking, props, makeup and costumes, tracking the progress of the production through the pages of the script. 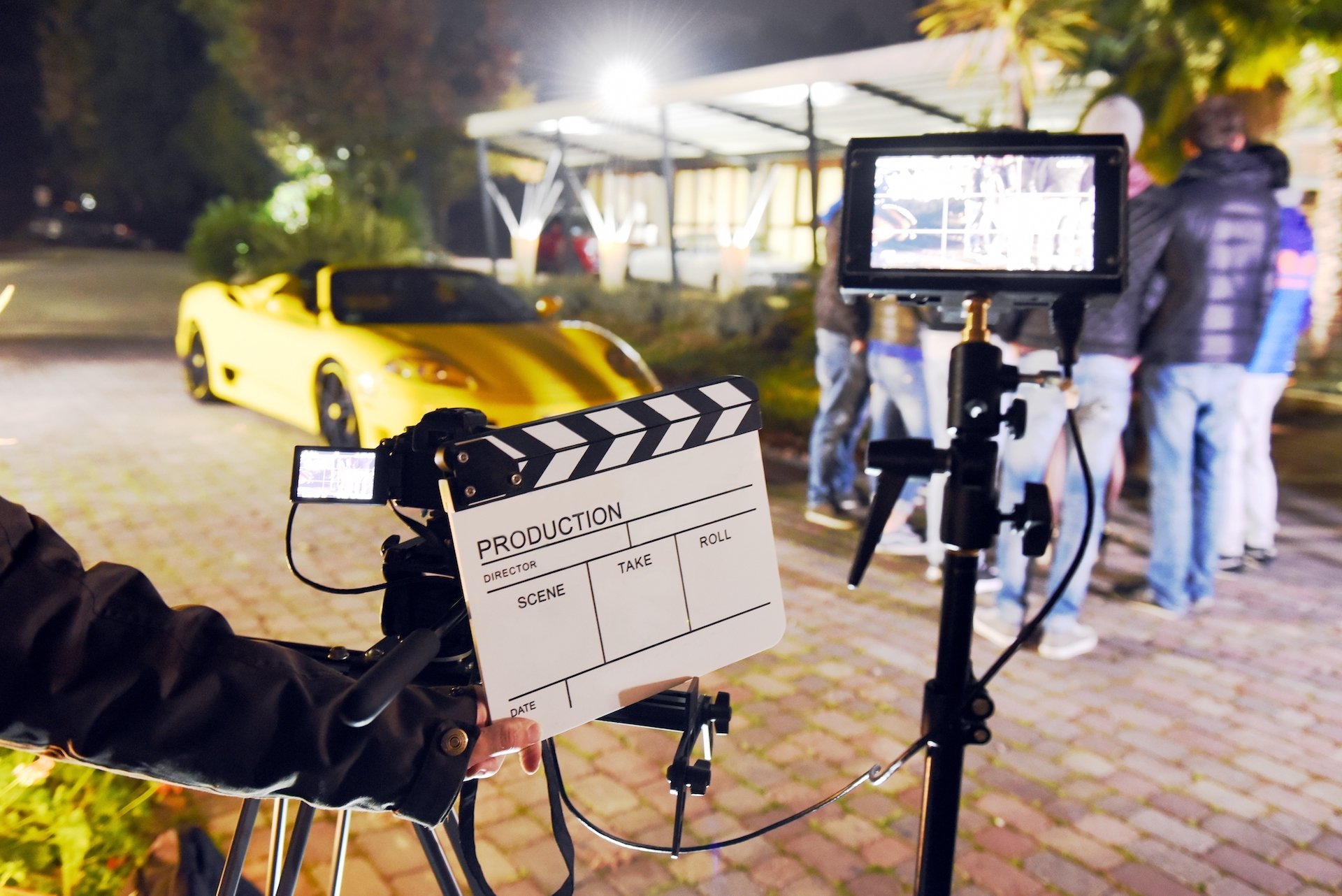 The Locations team will finds locations, liaise with the outside world, open  and close sets and holding areas on a production.

Location Manager: responsible for finding and securing locations for a production – they work closely with the Director, Producer and DOP, to find appropriate, interesting and safe locations for each scene.

Location Scouts: often driving around in a car, scouting for locations with the Location Manager. They will also be talking with the council and landlords, retrieving permits and gaining permission to shoot at particular locations, and then confirming the schedules and availability.

Unit PAs: Often responsible for driving and managing on-set vehicles, will sometimes ferry equipment or talent from A to B, and also managing the crew’s movements within, and between locations.

Capturing and organising the recorded sound of the film including dialogue and background noise (Atmos).

Sound Mixer: are responsible for recording all sound, from multiple channels, and doing some on-set mixing during takes.

Boom Operator: responsible for mic-ing up the talent, and holding the boom to record sound throughout the production.

Sound Utility: will support the sound mixer and boom operator/s by setting up and maintaining audio hardware, keeping the set quiet for capture, and helping resolve any audio problems that might arise.

Made up of a team of caterers, chefs, and assistants, in charge of feeding the crew throughout production. Often the first to arrive on set early in the morning, they will prepare, cook and Craft Services will then serve the food to the crew. This department is not to be under-estimated, good food = happy crew.

The Safety Officer/s are responsible for monitoring and assessing hazardous and unsafe situations and developing measures to assure cast and crew safety on set. They may deliver a safety induction at the beginning of each shoot day, and have a First Aid station set up in case of injury.

A licensed Armourer must be on set when weapons and firearms are used in production. They may also have to research the style of weaponry according to the period and type of film. Armourers may also consult with the Production Designer and the Prop Master on the design of any tailor-made weapons.

Well, there we have it, a brief overview of the main players on a Film or Television production. There are so many moving parts, and as actors, it’s respectful to be aware of the sheer manpower involved in getting a film made. It’s not all about you!

How to Afford Acting Training

How to Get on Spotlight