The Ideal Acting Resume: Everything You Need to Know

If you boil a successful actor down to just two ingredients, you get: a cup of creative and a cup of business savvy. Forget one and the dough just won’t rise. Although as performers we’d much rather focus on the creative elements, and admittedly have way more of those juices than the other (okay, I’ll stop with the cooking metaphor), it’s important to accept that at the end of the day we are brands. And as brands we must market ourselves in the best light possible to sustain a long career. You could be the most talented actor in the world, but if you’re not out there working hard to showcase yourself, you may never touch an audience.

Aside from headshots, a resume is an actor’s number one tool for getting in the room. True, crafting an honest resume that is simple and yet eye-catching is on occasion an utterly painful process, but it’s always a crucial one. In the casting world, teams are inundated with actors vying for any and every role. To even schedule an audition is a triumph. So, think of a resume as your boarding pass – the ticket that will set you apart and show the world you deserve to be seen.

Here is an in-depth report for creating an exceptionally simple acting resume:

Despite most of this business being subjective, before you begin understand that there is a standard style to resumes. A fine one is just like you, a fine actor: it has the ability to both blend in and stand out. It should “blend” in the sense that it encapsulates the typical look of a resume, with nothing crazy about it. Most people won’t have time to adjust to a wildly-formatted-LOOK-I’M-ORIGINAL style. Those ones end up going right in the trash.

That being said, your resume should still stand out. There are liberties within the normal format that can be taken to make it more “you.” The biggest one is font choice. Pick a font that fits your personality – again, nothing nuts! Find a legible one that will highlight you among all those “Times New Romans” out there. Sparingly, you can also play with colour. Your name, which should be in the largest sized font on the page, is a wonderful place for that, but we’ll dive into that more in a moment…

Since you can’t put a box of bright shining lights around your name (well, not yet at least), you’ll want to bold it at the top of the page. Try out your name in a fun colour or font! Of course, don’t go nuts and use hot pink, or something, but a subdued colour can make your name pop suitably. This is the only portion of the resume where you can really play and, sort of, show off you personality – so go with it!

Underneath your name include:

The final product should be some variation of this:

There’s a common misunderstanding among actors starting out that cramming their resume with as many credits as possible will make them look more “professional” and appealing. However, almost the opposite is true. You should only choose your best and most recent roles and allow for the blank space to shine through. White space makes it much easier to read.

On average, people only have time to spend a few seconds scanning your resume, so list your most impressive roles (or, if you have it, ones that relate to the role you’re submitting for) first. Trust me, I like to keep everything chronological too, but if the credits are within a similar time frame it’s much better to have the notable ones at the top. Honestly, if you had a starring role in high school and now you’re in your twenties, don’t put that on your resume. Also, most casting professionals advise actors not to write “background work” on their resume, unless heavily featured.

Dependent upon on the mediums you act in, have bold headings that separate your credits (i.e. – THEATRE, TELEVISION, FILM etc.). If you want to go in for multiple types of projects, then create various versions of your resume. When you audition for theatre, have your theatre credits first; When going in for TV, have those credits first, etc.

Your credits should be in three separate columns. The format for listing theatre credits is: SHOW TITLE, ROLE and THEATRE COMPANY (unless there was a notable director or producer – if you worked with them, always write a recognizable person’s name). Underneath your theatre section, you can also list the “types,” i.e. – Regional Theatre, Broadway, National Tour, etc. However, when just starting out, sticking with just the word “Theatre” is fine. Here is an example of how credits should be formatted:

Television and film credits are similar, but as follows: PROJECT TITLE, TYPE OF ROLES (not your character), and NETWORK/PRODUCTION CO. (or director/producer if notable). When I say “type of roles,” for TV I mean: Co-Star, Guest Star or Recurring. Co-stars are featured roles with a couple of lines, Guest Stars are pivotal in an episode and focused on, and Recurring are, of course, leads that appear in multiple episodes. In film the terms are similar, but generally: Cameo, Supporting and Principal.

This should go without saying, but you never want to lie on your resume. This can automatically blacklist you from certain offices. The truth always comes out!

Although this portion of your resume is straightforward, it’s one of the most important to nail. Showing that you’ve received proper training is vital. Sure, you might be the next Jennifer Lawrence, harbouring heaps of raw talent, but how would you write that on a resume?

Write the name of the institution, the class or workshop title you took, and the instructor you had. If you haven’t had an opportunity to “train” yet, don’t sweat it!

This section is more enjoyable! Aside from your colourful font, this is the only spot where you can add personality.

List any special skills that you feel not only set you apart, but could be utilised for a future role. There are no strict guidelines for this portion, except that what you write should be a skill you actually have and not a fun fact.

If you say that you can do a specific accent – that’s great! Just make sure you really can, because you never know when someone will ask to hear it. I know plenty of agents that will take meetings with talent and ask them to do their prepared monologue in an accent listed on their resume – just to keep them on their toes.

If you want to be a little quirky, throw some asides into your “special skills.” For example, if you can twist your entire body into a pretzel, you could playfully write: “amateur contortionist (seriously, ask me to do some moves!).”

Congratulations, you’ve drafted up a resume so striking that you’re eager to blast it out to every agent and casting personnel in the city! But, wait – don’t go sending it out just yet! Remember: sizing is essential.

First and foremost, your resume should always fit on a single page.

(^That’s so important that I gave it a separate line).

Although digital flourishing, most casting directors, especially in theatre, still prefer a hard copy. Print your resume on a weighted paper and staple it to the back of your headshot when going for an audition. As an industry standard, headshots are 8 x 10 inches, which means that your resume should be cut down to that size as well. Plenty of stores, like Staples, have cutting boards you can use to do this.

At the end of the day, give yourself a round of applause! Resumes can be annoying little buggers, but if you’ve dedicated the time to making yours right, then you’re already on a great path. Simply follow your best judgment and don’t be afraid to ask others for advice!

Have a tip to add? Let us know in the comments below! 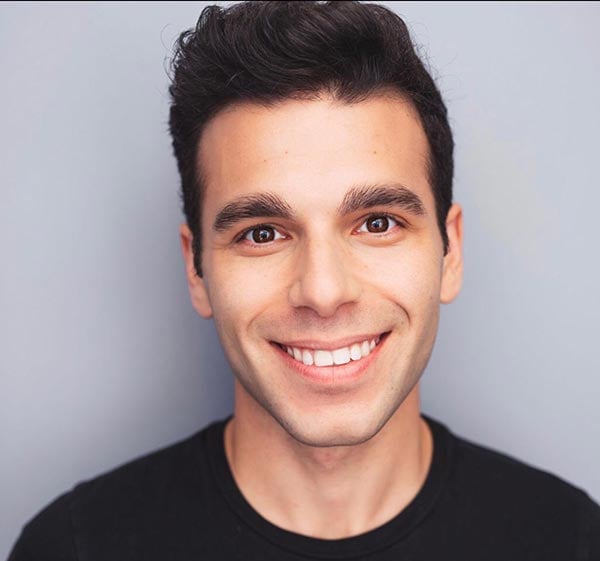 A writer and actor, who can be seen in James Franco’s film “King Cobra,” T-Mobile ad campaigns, and Amazon Prime's “New Dogs, Old Tricks.” Other career highlights include: working on NBC’s “Access Hollywood” and “America’s Got Talent,” “BUILD Series,” writing for the Huffington Post, and his family’s nonprofit the Thomas Peterpaul Foundation, which aims to end pediatric cancer.

One response to “Writing an Acting Resume”