Kids are natural storytellers. They are exposed to stories from the very beginning and have great intuition for it. One of the hardest parts about working with kids on a regular basis is the ability to produce enough material for them to work on! It can get stale for you if you’re used to working on the same scenes over and over again, and it can be daunting to know where to look.

In this article, I’ve got some great starters and resources for you to find and create some scene work for kids. This is intended for ages 8-12, but can definitely be adapted for older or younger kids. In this article, you’ll first see some suggestions of scenes and links on where to access them. At the bottom you’ll find some coaching tips! 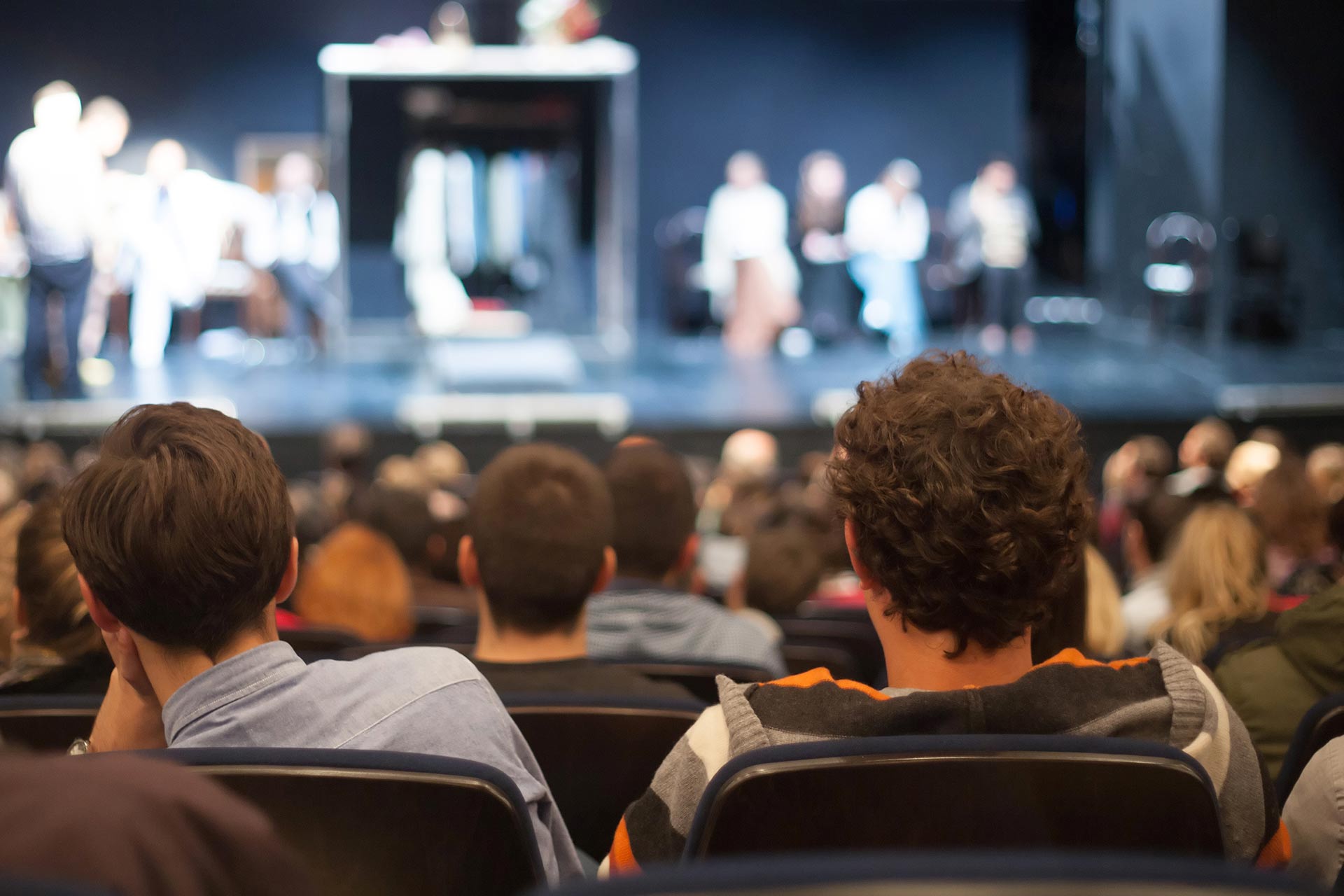 It might seem a little counter-intuitive, but Shakespeare is actually a great teaching tool for kids. It’s fantastic for all sorts of reasons; for getting kids to start analyzing text, working on pronunciation and clarity with their voices, and playing some really juicy and exciting characters! Depending on how much time you have, I would recommend starting by storytelling a brief plot of the play to them. You can even find some of these abridged versions with pictures, which is a great way to understand the general plot points of the play. Check out this great one called, “Tales from Shakespeare

” by Charles and Mary Lamb.

Macbeth
This play is great because it’s incredibly dramatic and gory. It’s all about revenge, which is a really playful feeling. It’s also a great way to get them to look at villains from a different perspective; no one in the play is completely “good,” or “evil,” so how do we empathize with our characters who are doing some pretty rotten things? Here are some scenes I recommend:

Start by analyzing the text; talk about all the ingredients and figure out what the witches are trying to do. Full scene

This is a great group scene, and a great way to introduce the idea of dramatic irony. Do you have someone play Banquo’s ghost? Or do you leave it blank? Do you want the audience to side with Macbeth or do you want them to also think he’s going crazy? Full scene

This play is great because it’s playful, imaginative, and funny. It’s also really easy to understand, despite all the spells and mix-ups. There isn’t a scene that I wouldn’t recommend but here is my favourite:

This is where the entire play culminates: the play within the play. This is a great group scene. You can also break the class into small groups and just present the play, or use everyone. Full Scene

The other nice thing about Shakespeare is that it is very easy to access online or in a library. Here is a great resource from MIT where you can access any Shakespeare play broken down into Acts and scenes: MIT Shakespeare Resource 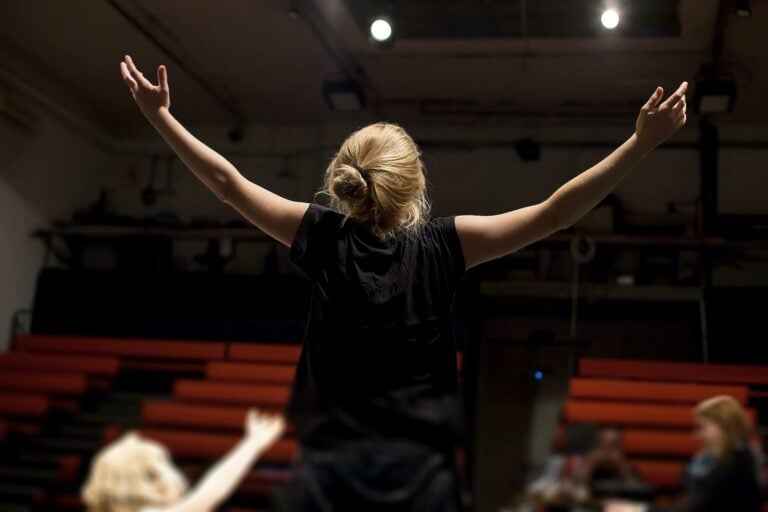 Greek mythology has an endless supply of stories and is a gold mine for storytelling. There are also a ton of resources online and in libraries as well. It’s also great because it introduces some teaching points of talking about some of the world’s first performances and staged productions. You can use it as a central way of talking about Ancient Greece. You can start talking about Greek Mythology by doing a family tree of all the Gods and Goddesses. Then narrow in on which stories you want to focus on with your students. Here are some of my favourites:

Aphrodite, Goddess of love, had a son named Eros (who we commonly know as Cupid!) She was jealous of mortal Psyche’s beauty and told Eros to make her fall in love with the ugliest creature on earth, but instead he falls in love with her.

Eurydice suffers from a snake bite and is summoned to the underworld with Hades and Persephone. Her husband, Orpheus, gets very sad so he pleads with Hades to let her come back to earth. Hades agrees, but on one condition: Orpheus must walk back to earth and Eurydice follows behind him and he is not to look back. Of course we all know how that goes (he looks back).

Get the kids to cut out strips from the comics section of the newspaper, and have them stage these little scenes! They can even bring in their own comic books, graphic novels, or write their own. 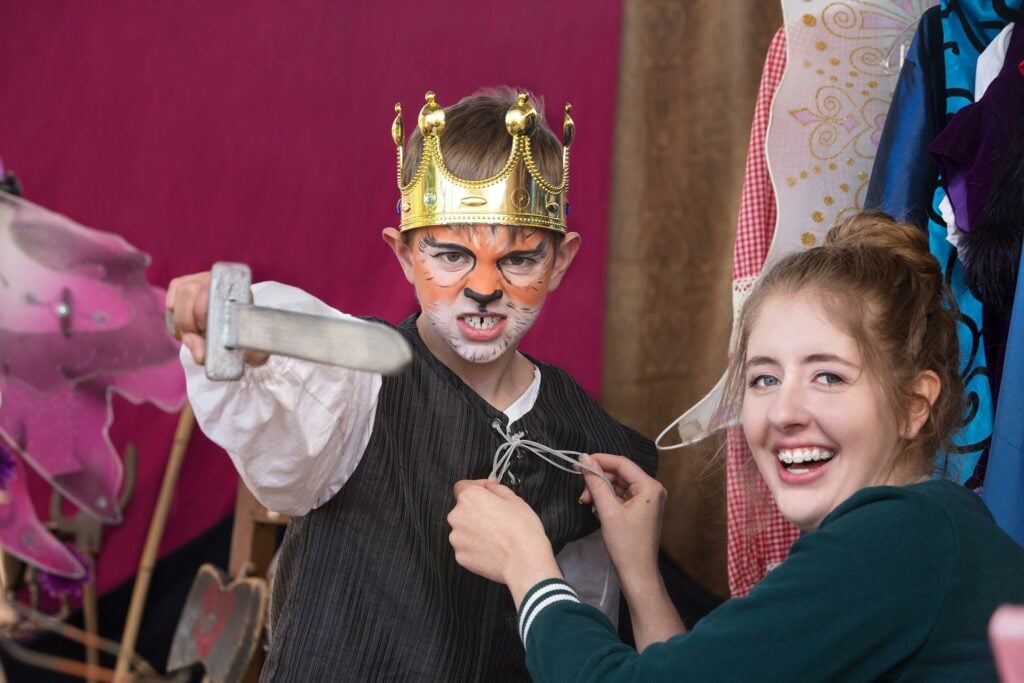 Working on scenes can be really fun for kids; it’s the meatiest part of the class. They aren’t playing games anymore or doing quick activities. They can really get into what “acting” is, with character development and memorizing lines and staging. Here are some tips for coaching and working with kids on scenes.

● Get them to stage the scenes themselves. This allows for more working alongside each other instead of one at a time. Remember how boring it can get to be sitting there and watching other kids get to work with the teacher. Walk around and offer support while they begin to get the work on their feet.
● When they get to actual performances in front of the class, here’s a great time for technical reminders: speaking loudly and clearly, and opening their bodies up so that the audience can see them. I’m not a fan of parking & barking aka, step forward, say your line. If two characters are having a conversation, they can actually look at one another. Just watch that we aren’t turned away from the audience.
● Before they start, conduct a group physical and vocal warm up.
● Schedule your time so each group gets a chunk of time to work with the teacher in front of the class, Masterclass style.
● Let them perform the whole scene all the way through once without stops.
● Get constructive feedback from classmates. Ask for a few people to offer compliments, and depending on your class dynamic, constructive comments as well. Get them to offer any constructive comments in the form of questions. For example, “what did you think when Hades took Eurydice away?” instead of, “you didn’t have a reaction on your face.” This encourages a supportive environment for risk-taking.
● After they have performed it once, go again from the beginning with lots of stopping and starting. This will get your students used to what rehearsing means and emphasizes process over product, and play over polish.
● Get clear on “Moments,” (beats), and letting funny moments land. Kids tend to rush by some important moments, so make sure that these are clear.
● Once you’ve gone through some moments and worked with each group, get them to break off and work on it again. Option to team up groups to watch and offer coaching.
● Set a final performance date!
● Finally, and perhaps most importantly, if you are excited about the material, they will also be! Especially with things like Shakespeare; even just hearing that name can elicit moans and groans from your students. But if you go into it with enthusiasm and a passion for the material, so will they. I’ve listed some of my favourite scenes, but if these don’t do it for you, be sure to dig around and find something that you really love and they’ll love it, too!