Best Modern Plays | A List of the Best Contemporary Plays

Most people, when you mention theatre, think of the old classics: A Streetcar Named Desire, Private Lives, The Importance of Being Earnest, Hamlet, Tartuffe, Uncle Vanya, Caucasian Chalk Circle and Waiting for Godot. These are all great works and are classics for a reason, but there is much more to theatre then lavish period costumes, moral dilemmas from a bygone age and dated dialogue. Theatre continues to grow and evolve as an artform and contrary to what you may have learned studying drama in high school, some of the greatest works to grace the stages of the world have been written this century.

That’s right. There is such a thing as MODERN theatre.

These works are inspired by the unique issues faced by people in the modern age and are just as prolific in their ability to make audiences laugh, cry, think and feel as the great works that came before them. Because of the rise of underground and independent theatre, these modern works are beautifully suited to smaller companies, found spaces and intimate theatres, which is important when making theatre on a budget!

Below is a list of awesome new works written this century, that are worth keeping in mind when programming your next season, finding a show for a submission or even to find a new, fresh monologue to wow the director at your next audition.

Set in Vermont, The Aliens

follows friends KJ and Jasper, two 30 somethings that hang out behind a coffee shop, who take a naive and meek high school student Evan under their wing to teach him everything they know. Hilarious, heartfelt, and unexpectedly tragic, The Aliens shows that love, genius and passion exist in the most unlikely people. 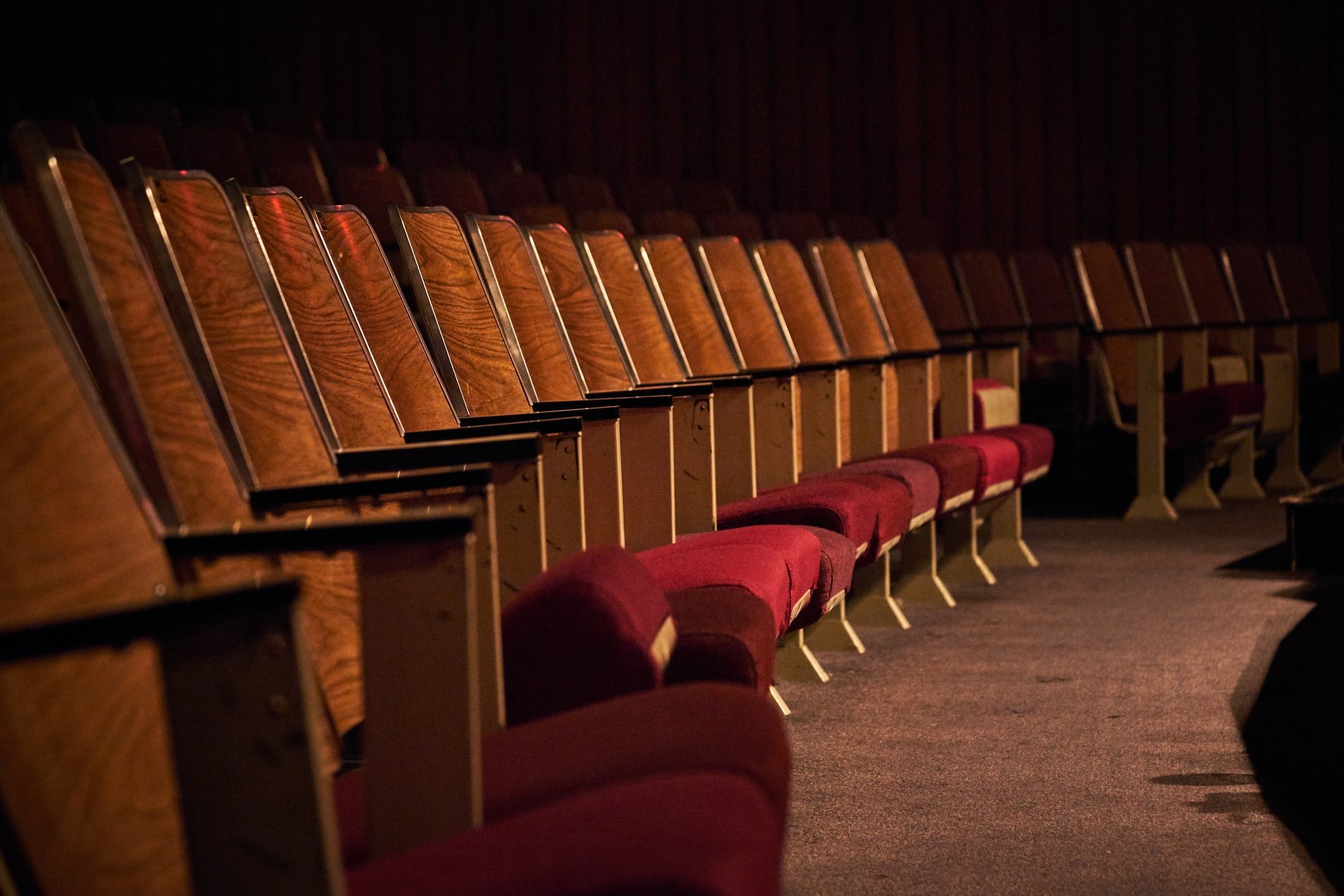 This incredible play was awarded the Pulitzer Prize in 2017. It’s a play with a lot of heart and plenty of laughs. Lynn Nottage is an extraordinary playwright, and this is another standout work in her collection.

Based on the true story of the Enron collapse and the criminal and conspiratorial activity which led to its downfall by Jeff Skilling, Ken Lay and Andy Fastow, Enron

This play blew me away when I saw it for the first time a few years ago. It’s a raw, brutal story full of heart.

Rajiv Joseph wrote this thrilling play, that was a Pulitzer finalist in 2010, which debuted on Broadway with Robin Williams in the lead. Boy, I wish I saw that one on stage!

is a harrowing tale of a young veteran and his return to England after a tour in Afghanistan. Damaged from the war and already prone to violence, Danny finds an England that he doesn’t like, and that doesn’t like him.

Capitalism, debt and the culture of consumerism is thoroughly dissected in this work by Kelly. Following a couple in great debt but with a yearning for the finer things, Love and Money questions the morality surrounding money and our apparent need to buy more, have more and earn more.

Following the success of The State of Things and Fat Pig, Reasons to be Pretty is the third of LaBute’s works to investigate body image. When Steph finds out her boyfriend Greg thinks she is average looking, their relationship implodes spectacularly. This hilarious and uncomfortably real four hander deals with relationships, infidelity, heartbreak and the need to feel attractive.

If you like your classics, but want something new, then this is the play for you. Written in the style of a Shakespearean history, King Charles III shows a potential future in which Prince Charles ascends to the throne, and flexes his new found power as the King of England.

David Lindsay-Abaire won the Pulitzer prize for this fantastic piece of writing – and it has since been adapted into the film directed by John Cameron Mitchell and starring Nicole Kidman.

This play follows Lucy, a young woman suffering from dissociative disorder. She journeys down into the strange world of Dissocia where the people and troubles in her real life manifest as the bizarre creatures and citizens of this new world. In the style of Alice in Wonderland, this fantastical tale tackles mental health and the toll it can take on the people who have it and those around them.

Three twenty somethings have to deal with the reality of life setting in, as the parties and drugs and drinking become as stale and mundane as the jobs they have and the lives that stretch out before them. At what point does getting wasted, just become a life wasted, and is the alternative any better?

A touching tale of two lonely people from strikingly different backgrounds that form a relationship over a baby monitor, where one is watched, and the other watches. This quirky tale of a wordless romance that blossoms into a beautiful relationship is a heartwarming and modern twist on a traditional big city love story. 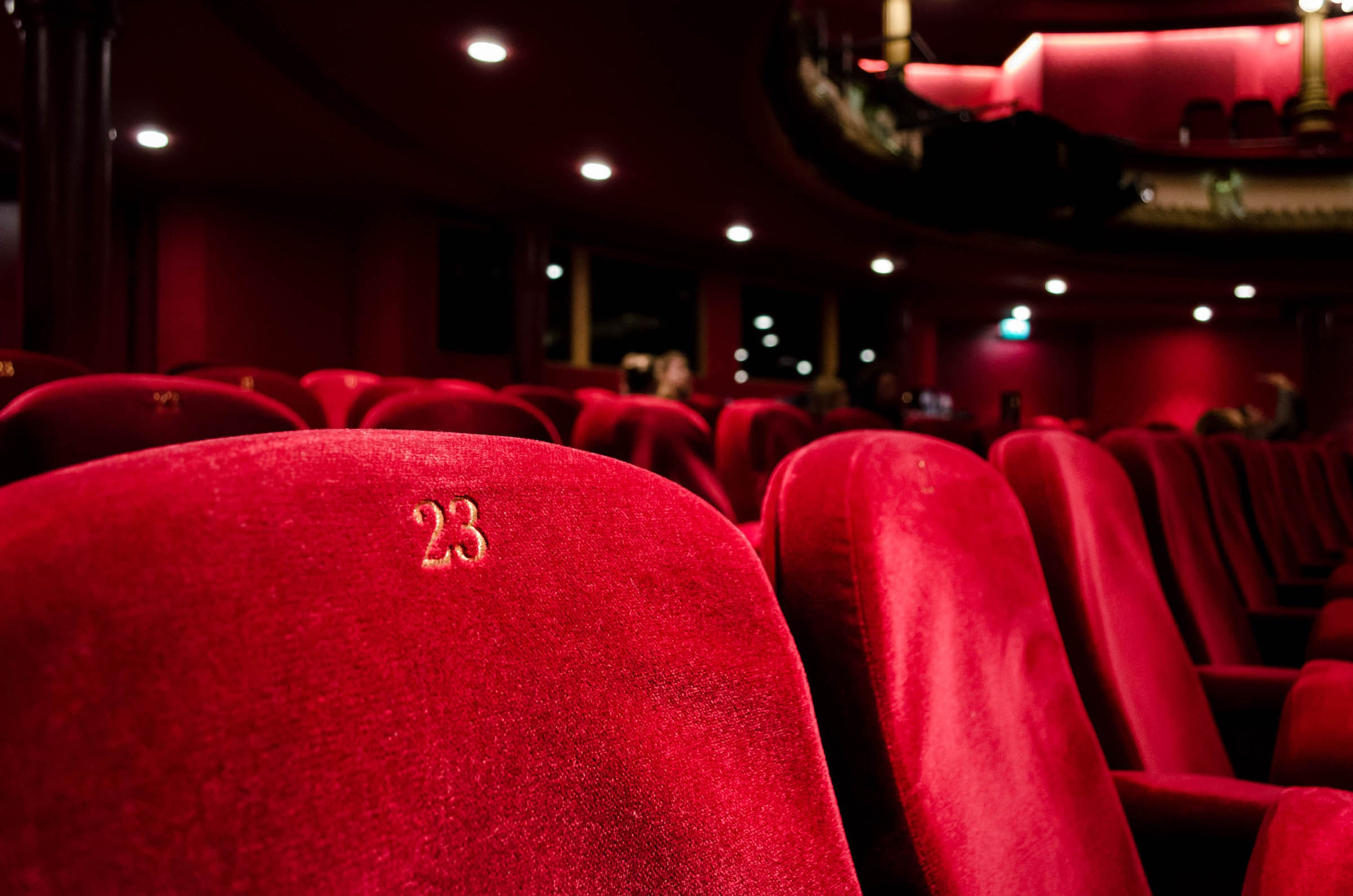 The only play on this list I haven’t personally read, The Humans was nominated for a Pulitzer prize in Drama, and won the Tony award for Best Play. This is a family drama that deals with imperfection, changing times and the generational divide. Praised for its lack of artifice and intense naturalism, this play deals with the tragedies and fears of everyday life.

Set in an alternate reality uncomfortably close to our own, A Girl in School Uniform (Walks Into A Bar) is a thriller about two women coping with fear in the dark. This searing and spellbinding play written by one of the UK’s most exciting young playwrights, Lulu Raczka, is a ferocious indictment on violence and a rallying call to anyone who regularly fears it. Parts of this play takes place in complete darkness, if you get the opportunity to check this one out live on stage, I highly recommend it!

Already a modern Australian classic, When The Rain Stops Falling is a colossal work that spans generations and continents, reaching out into the future and beyond the realm of realism. It’s rare to see such an ambitious work get off the ground in Australia, where audiences and budgets are often limited, yet this play continues to be produced nationally and the world. The story follows intertwining family trees over the course of 80 years, as one horrific act takes root and spreads rot throughout all the lives that follow. Yet it is the hope at the core of this tragedy that sticks with you, and is the feeling I am left with many years after my first reading.

For a couple of years there, Revolt was recommended to me by nearly every female playwright and director I spoke to. This unconventional, urgent work struck a chord with women around the globe, not because it is particulalry revolutionary (it is easy to see the influence of writers such as Sarah Kane from 90s in-yer-face theatre), but because it is so clearly and brilliantly executed, like a shot to the arm of feminist theatre. The raw language and pared-down style means there’s nothing to soften any blows or curtail any point Birch wants to make. It’s angry, it’s unapologetic, and it’s not backing down.

This is the only play I can think of that transcends both the kitchen sink drama and epic genres. How is a play of three hours, two intermissions, 35 actors, and one room this bloody good? It defies belief. Set in rural Northern Ireland in the thick of The Troubles, a day that’s supposed to be a harvest celebration is disrupted when the family’s past connection with the IRA resurfaces and threatens to tear them apart. There’s a reason this one won the Olivier and the Tony – never before have I sat through three hours of theatre and been unable to look away for even a second.

Before the Meryl Streep movie came this play, which brought some of the most electrifying scenes of the 21st century to the stage. John Patrick Shanley’s opus is a story of a Catholic priest who comes under suspicion of molesting a boy by a nun who is the principal of their school. Shanley’s cleverly constructed dialogue never actually reveals the truth behind the rumour, leaving the audience suspended in ~doubt~, even as they leave. The play’s infuriating refusal to relieve us of our uncertainty is its greatest strength, prompting ideas and conversations that cannot be wrapped up in the candy bar line after the curtain falls.

Another awards darling, Stephens’ adaption of the beloved Mark Haddon novel about a teenager living on the autism spectrum is a certified theatrical blockbuster. Originally produced at the National Theatre, it played on the West End for six years, Broadway for two, toured globally, and was screened in cinemas as part of NT Live. The production is so successful because it’s so inherently ‘theatre’ – the stylised, physical language of the play gives us a beautiful glimpse at the world through Christopher’s eyes, as he struggles to make sense of the titular “curious incident” and its associated mysteries. It’s a world that cannot be captured in a film, or on the page, and serves as a reminder of why we all love this crazy thing called theatre in the first place.