StageMilk / StageMilk Acting Blog / Why Actors Have to Keep Training

Actors usually fall into one of two brackets: those who think they don’t need any more training and those who are addicted to attending every masterclass in town. We’re looking for a happy medium.

I get it. Perhaps you’ve been to drama school, or you’ve been in the industry for years and you simply can’t take another acting class! But unfortunately you can’t stop. Acting is a craft and it requires work otherwise those skills you’ve worked so hard on, will wither away.

We’ve recently started a new interview series, “Industry Sessions“. I’ve been fortunate enough to sit down with some of the most successful actors, directors, casting directors and writers in the industry, and the one thing they all come back to is working on your craft. Most acknowledge the role of luck, but they also stress the importance of being ready to make the most of opportunities when they do arise. If you haven’t been consistently working on your acting skills when a big audition comes your way, how will you make the most of it? You won’t.

Whether it’s an accent that’s been neglected, or you’re standing like a penguin because you’ve stopped doing your movement work, you are shooting yourself in the foot. If you want a more vibrant, and successful acting career, it’s imperative that you continue to train.

Reasons to Train in the Acting Craft 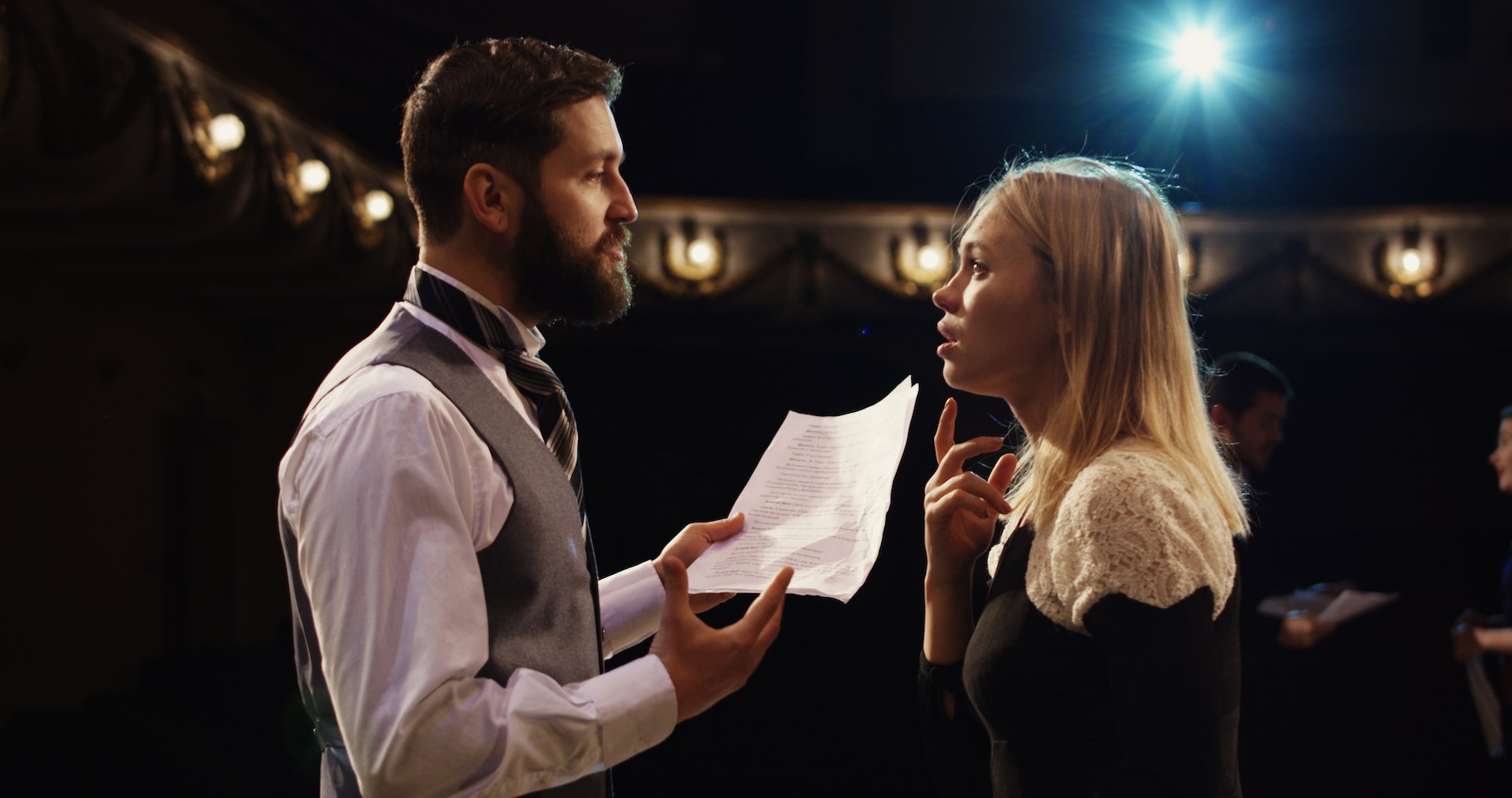 #1 It’s competitive out there

Acting is competitive. When casting roles, producers are spoiled for choice. Every type of actor you can imagine, with every possible shade of blue eyes is just one click away. Even for a small production you will find yourself up against plenty of great actors. Your acting needs to be on point to give you the best shot at booking the job. You have to bring the character to life and make the casting director, director or producer see that this role can be played by no-one but you.

Whether you’re going in for a Shakespeare play or a new TV show, how can you expect to nail the audition if you’ve spent the last 6 months hunched over a coffee machine, barely working on your acting?

Do you know why working actors keep getting employed? They are working on their craft daily, and so they have a competitive edge when they head into that audition room. If you let your acting muscle go flabby, you won’t book gigs.

You’re an actor because you love acting. So many actors get obsessed about “landing roles“. And yes it’s a great feeling, but we only want to land the role so that we can act. We want to work on great projects and tell great stories. And guess what? You can act everyday of your life: learn a monologue, get together with mates and make a short film, read a play, watch a play. If you love it, then why aren’t you working on your acting every day?

Training shouldn’t feel like a chore. It should be something you look forward to!

The more you act, the more you find the kind of actor you want to be. It becomes clear what type of work you love and what you need to improve on. As you read plays and work on scripts it becomes apparent where your strengths and weaknesses lie. You can use that to help navigate your career.

You’ll also figure out the kind of work you want to be making, and the projects you wish to be involved in. Once you find the work you love, it unlocks a whole lot of doors. You start to seek out people you want to collaborate with. I know so many actors who have started acting companies after meeting each other in masterclasses or ongoing lessons. Find your tribe, and work together to achieve your goals as individuals, and as a collective.

How to keep up your acting skills 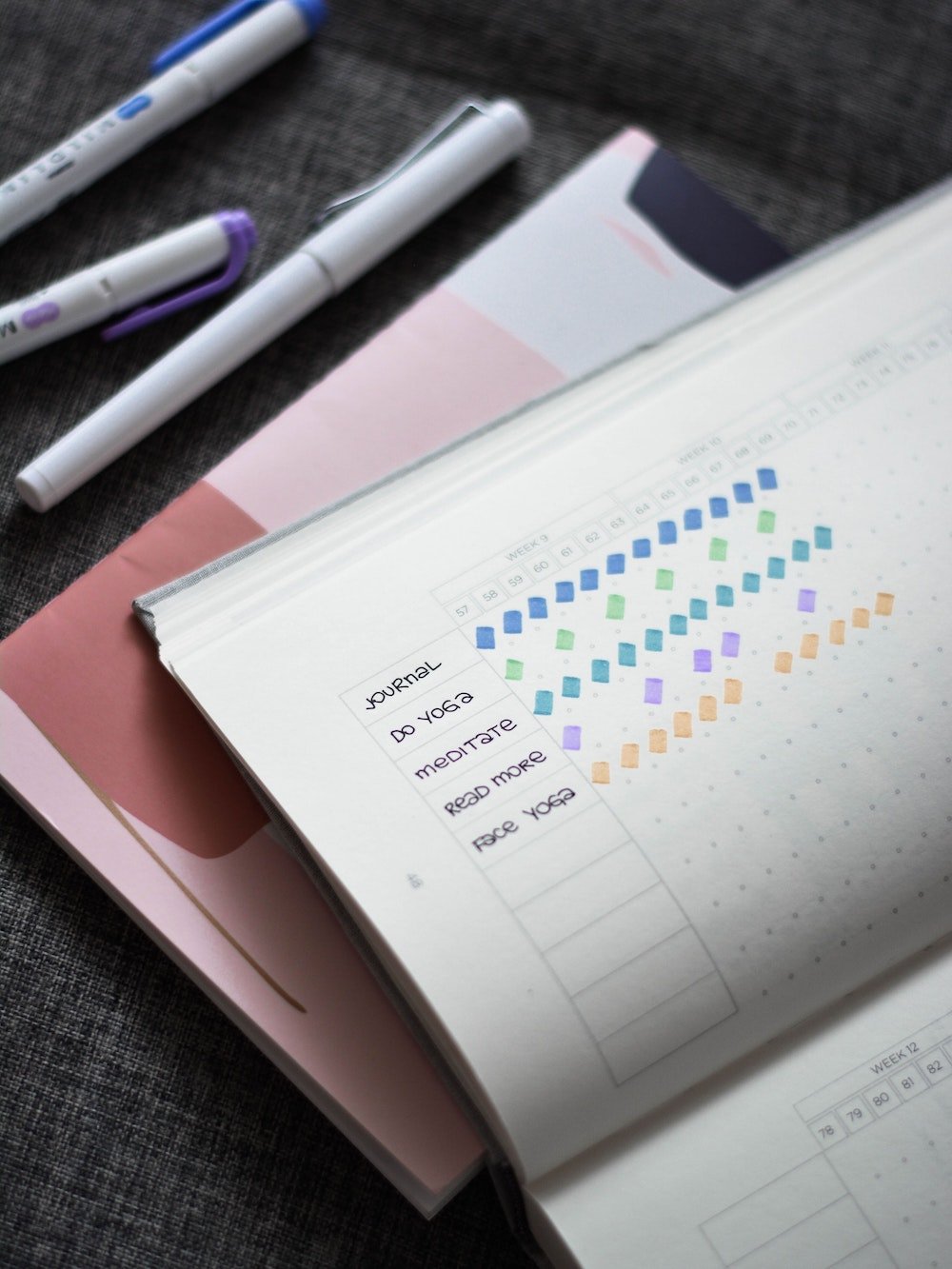 The best way to stay focused on your acting is with a weekly class. The routine of working on scenes or monologues on a regular basis forces you to focus on your craft. It’s also a great way to stay inspired and meet like minded people.

Seek out what you need. It might be your screen skills that are letting you down, find a class that focuses on screen work and take that for 8-10 weeks. If it’s your voice, find a vocal class and get along to it every week until you start to feel more confident.

If you find a class you like, stick with it. However, if you feel your a cruising and not being challenged by the class it’s time to find something else.

Masterclasses can be expensive, and often too short-lived to get any lasting change. But they are great to get a whack of inspiration. The intensity of masterclasses can really give you that kick up the backside you’ve been looking for.

Usually you are working on a new technique, or with a well known practitioner, and it can be a great catalyst to completely change the way you look at acting. I don’t love talking about “breakthroughs”, but masterclasses can be a way to really open up and take big steps forward.

However, don’t go spending your cash on every masterclass around. Prioritise, and definitely head along when a great teacher comes to your town. Always do your research if you’re forking out an arm and a leg on a weekend masterclass.

When I was starting out as an actor I was terrified to go to an acting class. Usually I would get a friend to come along because I found it too intimidating.

I always recommend learning in a class environment, but for some actors learning at your own pace, and in the comfort of your own home can be a great starting point. We actually run an online acting course and our students from all around the world say that they love being able to work on their craft at their own pace, and challenge themselves. It has been a huge success, and a really viable way to learn acting.

#4 Drama School to get serious

If you are going around in circles in your career, you may need the formality of a drama school. Drama school training is equivalent to 10 years in the industry. You learn a bucket tonne about acting and it will also open up doors, especially if you study at an elite academy.

Drama school graduates certainly have an edge over other actors. I recommend drama school to most actors who are looking at getting serious about their career.

Training doesn’t have to be any of the above. Training can be as simple as working on your acting every day at home. Here are some ways you can practice acting at home:

Get together with like-minded friend and put down a self tape or a scene each week. Don’t critique each other, but try to create a positive creative space. The act of doing is training enough. (More on working with friends)

Read and watch plays regularly. This simple act of reading and watching plays will have a strange way of making you a better actor, without you even realising it. It’s even better if you can get together with other actors and read a play every week. This is great for cold reading skills and a lot of fun.

It requires more energy, but there is something exciting that happens when you write, direct and perform something you’ve made yourself. You will also learn about other areas of the industry, which is invaluable as an actor.

Learn on the job. This is where we really get better as actors. Every project you work on, try to learn something. If you have a learning mentality you will continue to grow as an artist. Each project will make you a better actor and offer unique lessons.

Also, look for work that you will challenge you, and in areas which you aren’t as strong. It’s not always the right time to do an independent production, but if you haven’t worked on a Shakespeare for years, it might be worth committing your time and money to a local Shakespeare production. Or if your screen chops are lacking, maybe volunteering on a few student films could be a great move.

I know how demoralising it can be as an actor sometimes. Long periods without work, financial instability and those continually awkward conversations with your parents about why you’re still working at a bar, but we do it because we feel compelled to keep going. We love telling stories and performing for an audience. When you’re feeling down, it can be tough to get up and do a voice warm up, or head to screen class, but we have to keep going. Things will get better and we will thank ourselves later for putting in the work.

If we want to make a career out of acting we need to continue to train. It will give us the edge in auditions and keep our acting muscles nice and toned! So get out there: book a class, read a play or do something today to become a better actor. Be brave and come and try out our monthly online coaching club for actors, it is really a fantastic way to keep training from your own home, work on projects and get personal feedback on your work.

Can You Learn Acting Online?

Am I Any Good at Acting? (or has everyone been lying?)