The fundamental quality of all acting is truth. We aspire to act in a way that is real and believable. This can mean acting small and naturalistic or conversely acting in a wild and unwieldy manner, as in a restoration comedy or farce. We have to act with truth and commitment in whatever genre or style we are performing. Truth is not small. Likewise, acting truthfully is not acting in a way analogous with day to day life. We have to adhere to the heightened demands of the text and the technical elements of performing on stage and on screen and still maintain truth. Stagecraft is the technical side of acting. It includes blocking, gestures and all the factors that outwardly seem to share no relationship to truth; however, are essential for an actor to be successful.

In our normal lives there is no need to vocally project so that 1000 onlookers can listen in to a break up with a girlfriend. Nor is there a need to make grand gestures so that an outdoor audience can see that you are a powerful King. Even in the ‘naturalist’ medium of film and television it isn’t exactly natural to have 30 or so crew members watching you as you propose to your leading lady. So being comfortable with these unnatural elements allows you to be truthful and to share that truth with the audience; whether they are sitting in a small theatre, an opera house or on their favourite lazy boy at home.

Stagecraft is an crucial aspect of acting. It is a skill all unto itself and I am going to try and shed some light on it for you in this article. I will begin looking at the theatre space you are working in. 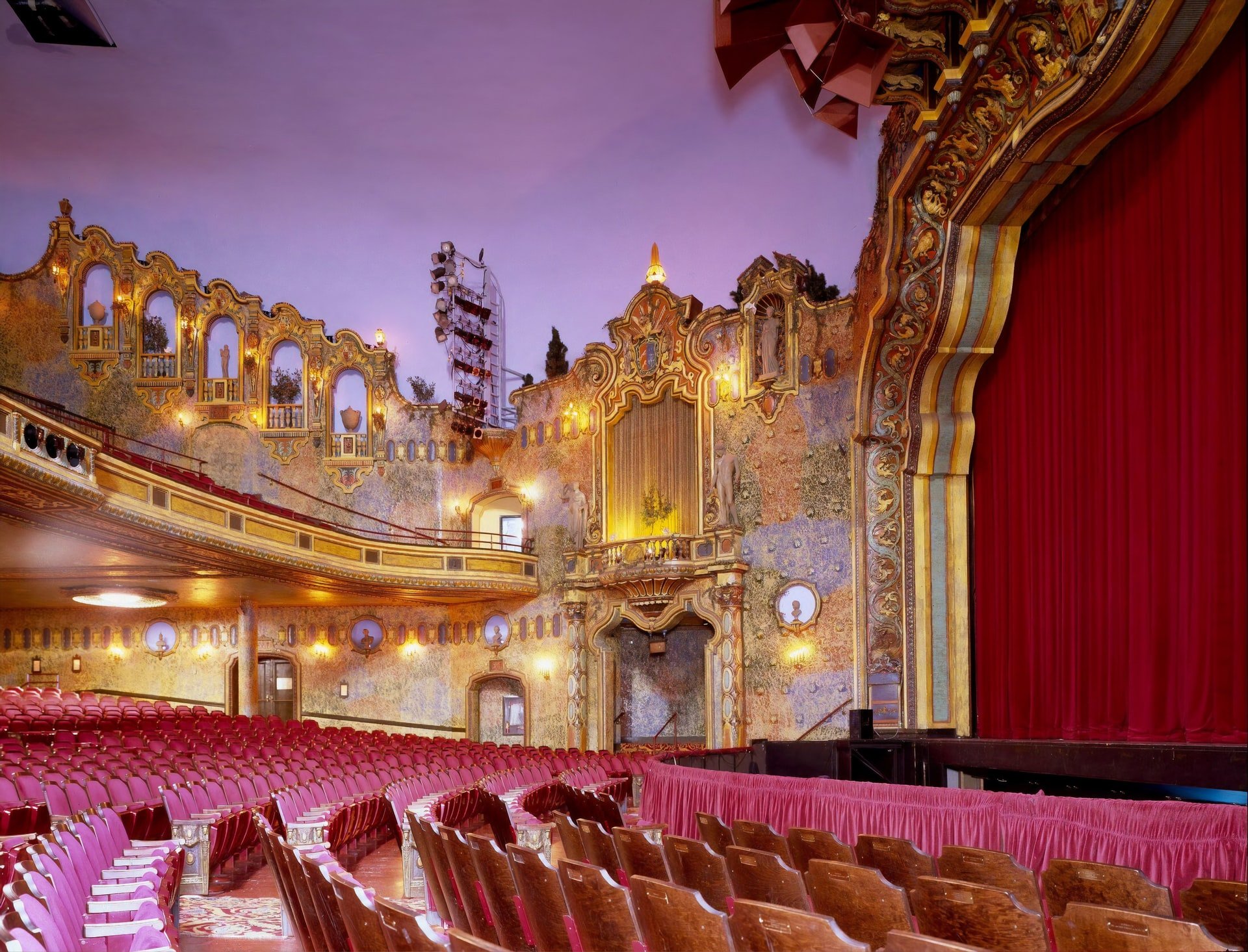 This is the most common type of theatre space. It was especially popular in the 1950’s and still remains the main style of theatre around the world. The proscenium arch is the arch that goes over the top of the theatre space: acting almost as a border to the stage. The action can take place in front of and behind the arch.

You have to let the audience in. As the audience is directly in front of you, you have to find ideas out the front. What that means is seeing images or targets (if you are familiar with Declan Donnellan’s  book Actor and the Target) out the front of the stage, looking out into the audience. One general rule is to say your first line to the person you are acting with, then describe the ideas out to the audience and then finish your speech back on your scene partner. The more comfortable you get at doing this the better it will look. Sometime it can come across very stagy and artificial; however, if you are focused and really use your imagination, seeing the images you are talking about, it really works and engages the audience. If you feel like you are being ostracised as an audience member you lose interest very quickly. So remember to engage with the audience.

A thrust stage is a stage in which the audience is all around. The stage itself thrusts out and audience are seated on all three sides. The back wall is the only area where there is no audience. These stages are becoming more common. They allow the audience to feel heavily involved and it makes the theatre experience much more intimate.

With audience all around you it is necessary to keep on the move. The back is a lovely part of the body and it can be very expressive; however, it can also be very annoying for a paying audience when they have been forced to stare at it for the last 20 minutes.  Standing in the vom (vomitorium: an entrance from behind the audience) can be a good spot. These vom entrances are strong positions on a thrust stage. And as you are standing in front of an entrance you are not directly blocking the audience.

Play to the whole audience. Don’t try to play a thrust stage like a Proscenium Arch. You have to play to everyone.

Like with a thrust stage you have to keep moving. There is no position in which audience won’t be getting a lot of back, so finding reasons to turn out and to move is crucial. Again you have to find images and targets all around the space. It will feel unnatural at first but with time becomes normal.

A black box is a small theatre usually nothing more than a square box, painted black. Often seats can be arranged in different ways, as a Proscenium Arch or a V shaped space  (if seating is on two sides of the room.) Black box theatres are also often on one level.

The hardest thing with black box theatres is the intimacy. You typically can see every single audience member and are even liable to step on a few toes. So get comfortable. Stay in the world of the play and be confident to find ideas up and out. It is amazing that in the smallest theatre spaces audiences can feel the most excluded, with actors uncomfortable looking out.

An outdoor theatre can take on any type of staging. Most often they are set up in a Proscenium Arch style with the audience directly out the front or in a slight thrust with audience in a semicircle style formation.

Playing outdoor theatre doesn’t change stagecraft too much. The difference is that you have to be much bigger. Vocally an outdoor stage is much harder fill (as it goes on forever) so your speaking volume and articulation have to increase. If it is a really big outdoor space you also have to make bigger gestures and acting choices so that the audience members in the back row get what’s going on.

Blocking is the physical movements you make on stage. Often blocking is left free and open at the beginning of a rehearsal process and by technical rehearsals it is almost like a dance, more or less a locked in plan that should stay the same every performance. Some directors encourage their actors to keep blocking free and not feel they have to repeat a mechanical plan. My view is that you should have a fixed blocking, where and when to move, but be able to make small adjustments to surprise yourself and the other actors. If you are too free you can find yourself in some weird spots and unbalance the stage and end up creating some very odd images with the other actors. Adversely, if you are too fixed in your blocking, the performance can look mechanical and unnatural.

It is useful to know these terms as directors and stage managers use them for blocking and expect you know what they are.

Gesture is a very interesting element of acting. My main advice is to get comfortable with less. It is often the case that people have particular habits that come alive on stage and are nowhere to be seen when the person is communicating in real life. Often over gesturing is to do with not being comfortable. So there are two ways to work on gesture. Experience and getting comfortable on stage will help battle the problem as well as trying to work on getting comfortable doing nothing with your hands. It might feel weird but if you are comfortable doing nothing then you will then be able to use gesture moderately. The amount of actors I know who are let down by habitual gestures and physicality is extraordinary. Get comfortable in your body and on stage. Practices like Feldenkrais and Alexander Technique help bring your body to a more neutral position which will help break some of your physical habits.

The Best Acting Agencies in London