What not to do in an Audition | Common Audition Mistakes

StageMilk / Auditioning Information / What NOT to do in an Audition

We give plenty of advice on what you should do in auditions, but sometimes it’s important to look at what NOT to do. To investigate what common mistakes actors should generally try to avoid when auditioning for film, TV, commercials and theatre.

There are no hard and fast rules when it comes to auditioning, but here are some classic mistakes either I have made as an actor or I’ve seen other actors make first hand…

29 Mistakes to Avoid in Auditions

#1 Bringing your day into the room

Having a bad day? Once you walk into that audition room, or even the waiting room, you have to let it go. If you’re feeling particularly stressed out, try to do some deep breathing. Turn off your phone and get in the zone. Don’t let life mess with your auditions.

Read: Relieving Stress as an Actor

Generally for auditions you can avoid props all together. Usually the casting director will have something there if they want it used in the scene. If it helps you bring something along, but keep it subtle.

Rule: if you can’t carry it on your person, it shouldn’t come into the audition room.

Try to be collaborative in your approach. Try to always work with the casting director. This doesn’t mean you become a push over, in fact having strong opinions and being clear about what you want to do with the scene is awesome, just don’t be difficult. Trying to play it cool, or come in with a false bravado, most often reads as “this guy would be difficult to work with… next!”.

#4 Going for the embrace

I think when greeting a casting director, it’s best to keep it simple. Shake hands or simply say hello. If you have that relationship with the CD, by all means give them a hug, but I think generally you want to keep your auditions professional.

You might have a strong idea about how the scene should be played, but the casting director is casting it, so make sure you take on board their notes. Always be open to direction. Being able to take direction is vital for actors. And the only way you’ll book the job.

Tip: practice your scene or monologue a bunch of different ways in rehearsal. The more you experiment in rehearsal, the more flexible you will be in the audition.

#6 Taking up loads of time

A casting director’s time is precious, and so is yours. I think walking in there and getting straight into the work is the way to go. Make the focus your acting, not what you did on the weekend. Being well prepared and flexible means you cut down on takes and puts you in the casting director’s good books for next time.

Read: How to Prepare for an Audition

If you feel you didn’t nail a take, absolutely ask for another one, however, don’t go overboard. I’ve seen actors really push the boat here. You want to be happy with your work, but not at the cost of annoying a casting director. If they’re happy, that’s what you’re after.

Casting directors love being asked questions. It doesn’t make you sound stupid, in fact the opposite, it shows that you have an opinion on the scene and that you’ve thought about it. If you don’t understand something, ask. 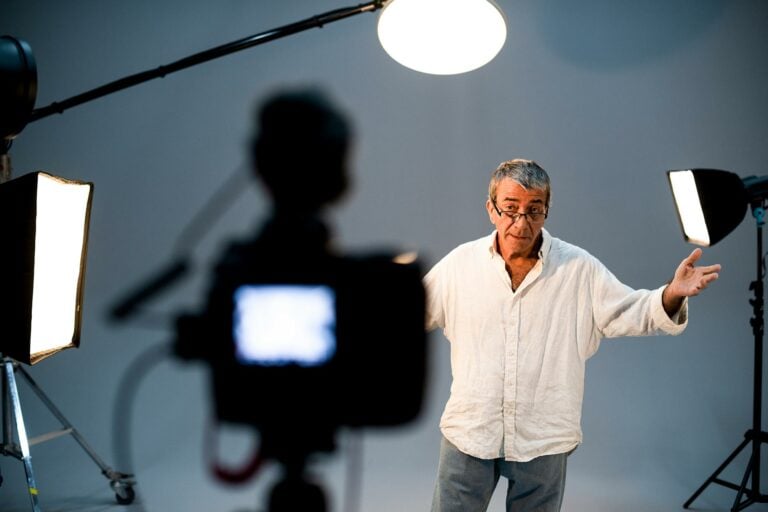 #9 Being competitive in the waiting room

Your fellow actors are not your competition. Well technically they are, but what an awful way to live. It is so much more valuable to be mates with your fellow actors rather than competitors. Ask them how they are and wish them luck with the audition.

Don’t bring a negative mood into an audition. If you haven’t learnt your lines, don’t go on about it. If you don’t love the script, shut up. If you forget to wear your favourite shoes, don’t tell the CD.

#11 Forgetting to enjoy yourself

Actors often take auditions too seriously. You are doing what you love, supposedly, so enjoy it.

#12  Forgetting an audition is a collaboration.

You are working with the CD to put down a great audition. They want you to do be right for the role, remember. It isn’t about one of you getting your way, but instead about working together. I think this is a simple, but effective way to reframe how we look at auditions.

#13 Going in without a warm up

Especially if the scene or monologue is vocally demanding, doing a vocal warm up will go along way. Doing work on breath support and physical alignment can really help you feel centred and more in control in the audition.

Read: The Importance of Voice Work

#14 Going in without reading the script

You want to be remembered for your acting, not your smell. It’s a hot day, walking around a city between castings, take some deodorant with you.

#16 Wearing something that distracts

I always recommend that actors keep their outfits simple. Don’t wear excessive stuff that distracts from the scene. This applies to make up and hair as well.

Read: What to Wear to an Audition

#17 Wearing intense patterns on your clothes

Certain patterns can be distracting on camera. As a general rule anything with a criss-crossed or busy pattern can cause an issue. Always best to stick with block colours or simple patterns.

#18 Looking at the floor

This happened to me literally 2 days ago. “Great acting Andy, but you’re doing it all to the floor”. Acting is in the eyes. Though it feels unnatural, find your thoughts next to the camera or just below the camera. The same rule applies for theatre auditions. Keep your thoughts up and out at the audience. Looking to the ground is as good as pressing pause on your audition.

This is a complaint we hear all the time from casting directors: actors look nothing like their headshots. Make sure your headshot actually resembles how you look. If you have a nice natural shot, don’t go into the audition with a tonne of makeup and your hair dyed blonde. Of course there are exceptions to this, but generally looking like your headshot is the goal.

Read: How to Nail your Headshot Shoot

Accents are hard and take a lot of work. Don’t think that you can just slap on an accent at the last minute. Learn your lines in the accent and get solid at it. If you aren’t confident with an accent, spend the money and work with an accent and dialect coach. A bad accent can ruin an audition.

Sounds like a joke, but this happens a lot. Actors want to be “real” and over step the mark and get way too personal with the reader. Kissing readers, or being physical with the reader is not a good move.

They are paid to read. That’s it. If you do want to touch the reader or interact with them, always run it by them and the casting director. Some scenes do require it, but more often than not, it actually just takes you out of frame and is annoying for the CD and uncomfortable for the reader.

Nerves can make certain actors turn into John Cleese from Fawlty Towers. And though that can sometimes work, especially on screen, simplicity is key. Rein in those gestures and keep it simple. Both screen auditions are filmed fairly tight and so having hands flapping around the place can be quite distracting.

Often a casting director is operating the camera and reading. You want to make sure you stick more or less to the basic blocking. Following impulses is great, but if you move out of frame, you probably will just have to do another take. If they’ve asked you to stay on a mark on the floor, stay on the mark. That is for focus, and an out of focus audition is no audition at all.

Vocal blasting or shouting is sometimes appropriate, but be mindful of vocal levels. Most acting choices can be done with intensity and focus, rather than simply blasting the other actor with your voice.

Actors love to whisper. And guess what? If you can’t be heard the audition is useless. Always stay “on voice”. This means always have resonance under your voice. You can be dynamic and have moments that are soft, but don’t go too low.

My favourite adage about dressing for auditions is “hint at character”. Wear something that helps the casting director picture you in the role, but doesn’t cross over into try hard. Sometimes you might be asked to say wear something more substantial like a full suit for a business person role, but unless they’ve specified, keep it simple.

Mess up a line? Or come in late? Don’t get sappy with apologies. It’s in the past now get on with your work. Apologies just get annoying. They slow down the audition and they don’t solve anything. Show that you can get back on the horse and nail the audition.

Had a busy week and couldn’t get your lines down? I recommend keeping that to yourself. Auditions should be your priority, and saying you were busy won’t cut it. Better to look nervous than lazy.

#29 Not using your natural voice

Unless it’s otherwise specified use your natural accent. Many actors have an “acting voice” and it isn’t helpful. Especially for film and TV it’s important to use your natural voice. You want the audition to be as authentic as possible.

What NOT to do in an audition [VIDEO]

This is a video we made a little while back. It’s a bit of fun about what not to do in an audition. Hope you enjoy!

There you have it a few things to avoid in your next audition. Hopefully you enjoyed the article, if so let us know on social media!!!

You may also enjoy:

How to Prepare for an Audition