Your Child's First Play: What To Expect | StageMilk

StageMilk / Acting for Young People / Your Child’s First Play: What To Expect

They stole the show at the Christmas Pageant, wowed the judges at the local eisteddfod, perform a sell-out run in the living room each night and waltz into their weekend acting class like they’re the one teaching it. Now, your child has been cast in their first play…

Watching them take this step in their career can be something of an emotional roller-coaster. Obviously, you get to experience all the joy and excitement—not to mention the pride (and, let’s be honest, the associated bragging rights). But it can also be a time fraught with stress and uncertainty: the pressures they’ll be feeling are undoubtedly new to them, and they’re occurring in a world you may have limited, or no, experience in navigating personally. There is plenty you can do to prepare yourself and your child for acting in their first play. While not without its challenges, their introduction to the creative arts can be an exhilarating, life-changing experience. Here’s what you need to know to best support them, and ensure their play is as positive an experience as it can possibly be.

After the initial excitement of casting, take some time to talk with your child about the scope of the commitment. Talk through their part in each stage of the production: the rehearsals, learning lines, tech week and the show’s run itself. Make sure they have an understanding of what is required of them, and how you’ll be supporting them along the way. Your goal, here, is not to terrify them, but to impress upon them that this will be unlike anything else they’ve ever been involved in. They will be working. Hard. So the more you can prepare them, the less the increased workload will take them by surprise, or detract from the fun to be had.

A great strategy you can employ early on is to work out a routine in conjunction with the rehearsal schedule. Do your best to normalise the commitments of the play in your child’s day/week, especially when it comes to the business of learning lines, or songs for a musical. Consider making a particular hour of the afternoon a “play prep session”, so they do not fall behind on their individual commitments. Most plays involving children will include evening or weekend rehearsals; so make sure your child has some time to relax before and after, and they are eating nutritious, energy-loaded meals.

The other increase in workload to consider is your own: be prepared for late pick-ups, long hours and to eat meals at odd times. If you have more than one child, think about a discussion with the sibling/s of your young actor: they will likely feel the displacement as well but without any of the positives or attention being paid to them. Keep checking in, keep communicating.

Be assured that your child’s first gig will play a formative role in how they tackle responsibility. While most children react positively to the notion that their contribution is valued and counted, it is always worth reinforcing that they are an integral part of a team that requires them to be ready to give their best.

Missing a rehearsal is not like staying home sick from school. An unexplained or last-minute absence will likely throw the schedule into complete disarray—don’t forget that there are strict limitations on the hours young people can work that ensure rehearsals are always running under immense time pressures. Talk with your child about the responsibility of this commitment. Again, your goal is not to terrify them or guilt them into compliance. You want to build a sense of empathy for their colleagues in the production and remind them of their status as a player in a larger team.

Make sure they are on time and prepared, with an understanding (if the schedule contains this kind of information) of what they will be covering each rehearsal. Outside of the theatre, liaise with the production team and do your best to action any documents/bio/headshots/requirements as quickly as they arise. Try to be the parent the production team loves to deal with—and remember that any grumbling or disrespect you exhibit for the support team may be mirrored by your child when in the rehearsal room.

Bigger Fish In A Bigger Pool

One of the more difficult things your child will need to navigate is how they deal with not always being the centre of attention. They may have a smaller part than other actors (even those their own age) or be part of a larger ensemble of children; if cast in a major stage production, it is likely they will share their role with other children who will perform on alternating nights. Be ready for your child to compare themselves to everybody, and be shaken by their discovery of the enormous discrepancies between levels of experience, acting proficiency and the all-important factor of confidence. Check-in with them on how they feel about their cast-mates: make sure they’re not putting themselves down because they didn’t star in a commercial as a toddler, or begin acting classes at age four.

Remind your child that, for all the differences between them and the others, they were cast in the same play and have the same important job to do. And if they still feel inadequate, remind them that this is only the beginning of their acting journey—they can get more experience as they go, and that not every role can be a starring role, but that doesn’t mean they are any less valuable. 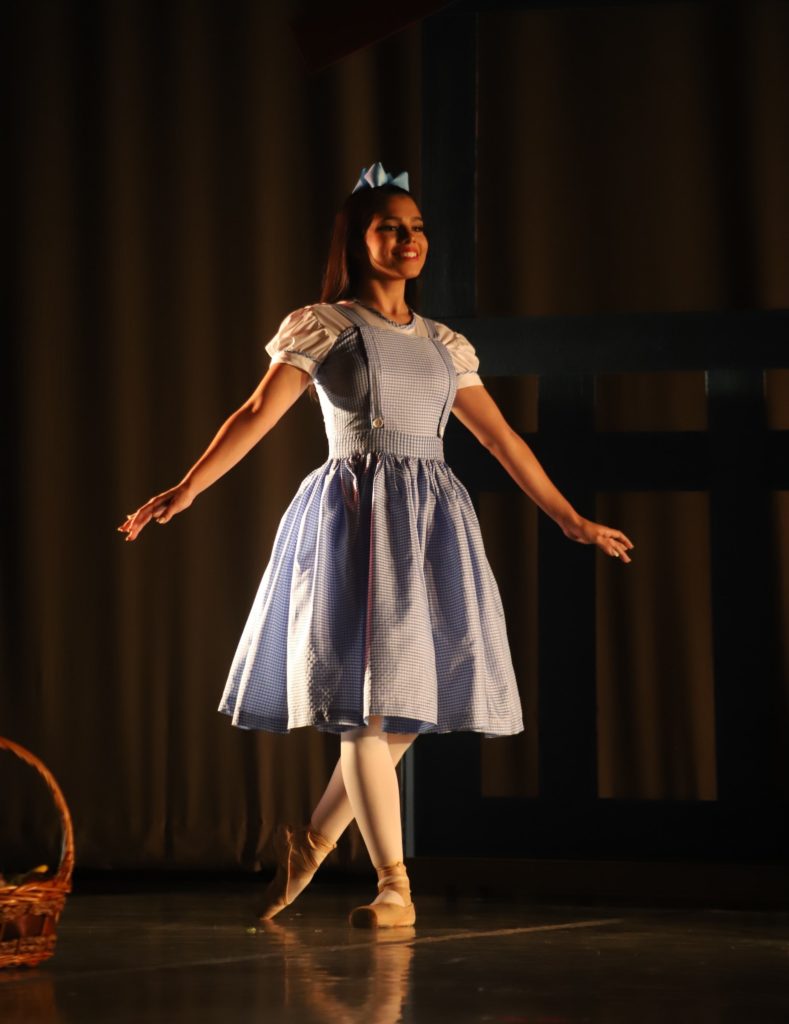 This actually relates to one of the most positive aspects of your child’s involvement in a play: you will get to witness them create their very first community in the arts. Strong friendships will form, borne of shared thrills and hard work, and some of these can carry over years and into the professional realm. Encourage your child to befriend their cast-mates (especially those who intimidate, or are intimidated by them), and do what you can to support and strengthen these relationships. Talk to their new friends’ parents; get to know where they might do other classes or shows—you will find opportunities for your own child when you talk to those on similar journeys.

In an industry as competitive and difficult as the creative arts, it is vital that actors forge strong support networks with those they trust and respect. Your child’s first play is an excellent chance to reinforce the importance of this practice early in their career: there is no need for them to ever feel as though they must embark on such adventures alone.

Celebrate Hard Work, Stop To Enjoy It All

Finally, take the time to celebrate their efforts, and acknowledge the hard work they are doing. Plan some favourite meals after rehearsals, and make weekends spent at the theatre fun by organising something special before or after. When opening night comes (and goes), be ready for the rush of hard work and anxiety and excitement to wipe your child out completely. And when the play is complete, plan some relaxation time and fun activities to combat what is called the “post-show blues”.

It can be a major adjustment for a young person to put so much effort into something that is gone in a matter of months; do make sure you encourage them to stop and enjoy the journey. Along the way, you might want to ask them to keep a journal or a scrapbook of things to commemorate the experience. This is also an excellent means of validating their hard work and helping them realise how far they have come.

Ultimately, your job is to create and maintain balance: between hard work and relaxation, schoolwork and rehearsal, the theatre and the real world. While there is plenty your child will have to learn and struggle with, remember that the many positives of this adventure will more than outweigh the negatives; the hardships will shake out and, eventually, be forgotten. Applaud their courage and reward their efforts—in the end, your goal is to help them nurture talent and passion, not learn a trade. And if you are the kind of parent happy to see your child pursue their acting goals into adulthood and beyond, know that you’re starting them on that journey with the best possible attitude and support. Power to you.

Guide to Acting for Young People