This is a fantastic male shakespeare monologue. The piece is quite dense and features a philosophical and contemplative quality. Richard is in a heightened emotional state and this monologue is a turning point for him. I was working this piece recently with a friend and it took us a bit of time to unpack. So be patient when working on this monologue. This monologue is fairly well known, but not overdone, so it’s a great choice for an audition monologue.

The coast of Wales.

Richard II is the King of England. Son of Edward the black prince.

What has just happened?

Richard has just received news that Bolingbroke (soon to be Henry IV) has gained momentum and the Welsh army Richard was hoping would be his saving grace, is not coming to his side. It is good to keep in mind just before you start the monologue how all this bad news affects him. His hope of remaining King is unravelling before his eyes.

Richard II is one of Shakespeare’s history plays. It is the story of a King’s demise. Full Richard II play synopsis.

Watch a master do it (Mark Rylance)

An incredible version, however, I think Ben Whishaw’s rendition in the Hollow Crown is even better. Highly recommend watching that film version.

Watch a master do it (David Tennant)

Another striking performance of Richard II was David Tennant in the RSC version. Here is David performing this monologue:

Epitaphs: A phrase written on a tomb stone
Executors: A person who carries out someone’s will
Bequeath: hand down, or pass on to next generation.
Deposed: removed from office.

Richard II: No matter where – of comfort no man speak.
Let’s talk of graves, of worms, and epitaphs,
Make dust our paper, and with rainy eyes
Write sorrow on the bosom of the earth.
Let’s choose executors and talk of wills.
And yet not so – for what can we bequeath
Save our deposed bodies to the ground?
Our lands, our lives, and all, are Bolingbroke’s,
And nothing can we call our own but death;
And that small model of the barren earth
Which serves as paste and cover to our bones.
For God’s sake let us sit upon the ground
And tell sad stories of the death of kings:
How some have been depos’d, some slain in war,
Some haunted by the ghosts they have deposed,
Some poisoned by their wives, some sleeping kill’d,
All murdered – for within the hollow crown
That rounds the mortal temples of a king
Keeps Death his court, and there the antic sits,
Scoffing his state and grinning at his pomp,
Allowing him a breath, a little scene,
To monarchize, be fear’d, and kill with looks;
Infusing him with self and vain conceit,
As if this flesh which walls about our life
Were brass impregnable; and, humour’d thus,
Comes at the last, and with a little pin
Bores through his castle wall, and farewell king!
Cover your heads, and mock not flesh and blood
With solemn reverence; throw away respect,
Tradition, form, and ceremonious duty;
For you have but mistook me all this while.
I live with bread like you, feel want,
Taste grief, need friends – subjected thus,
How can you say to me, I am a king? 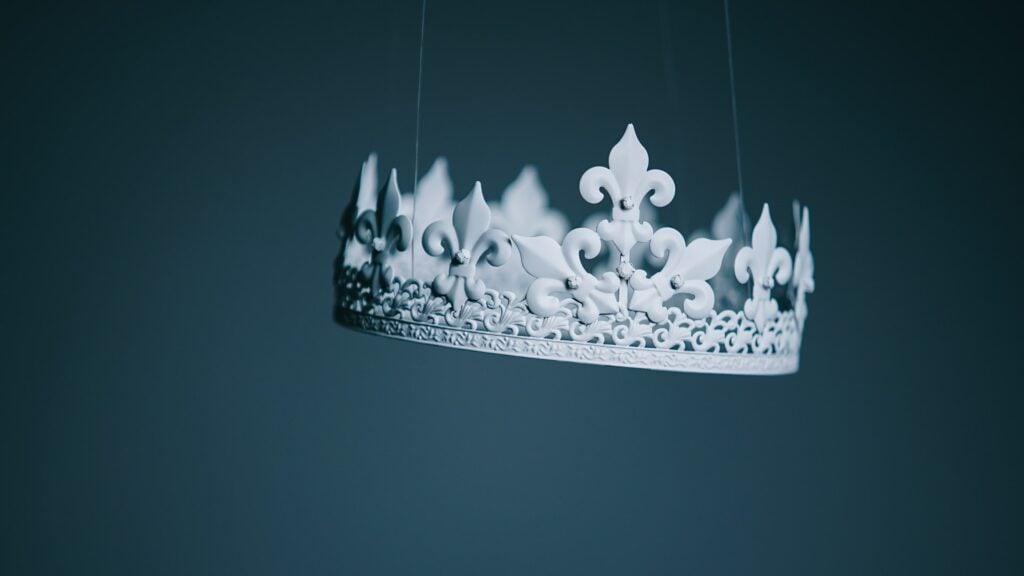 Head to this page if you’re looking for more Richard II Monologues. He’s a great character and an awesome monologue choice. If you want to delve deeper into the play (click here). If you are looking for a similar piece from Richard II, I would also check out “I have been studying how I may compare/ This prison where I live unto the world“.