This year, Random House published my first book, WORKING ACTOR which is about how to have a successful career (and a happy life) as an actor. Because I wanted to make sure I’d covered all my bases, I sent out an email to 10 of my former students; all of whom are recent graduates from the colleges, studios and conservatories where I sometimes teach. I asked them all to give me six questions they hoped a book like this might answer.  Needless to say, a wide variety of topics came up, but there were was also a lot of common ground. Here are the 6 questions most frequently asked and what I hope are some helpful answers.

How do I keep in contact with important people in a non-annoying way?

At this stage of your career, I’d say your “people” probably fall into 2 categories. (a) friends and acquaintances who are starting to work in the business and (b) professional contacts like agents, managers and casting directors. In the case of friends who are experiencing some success, I’d say the
best plan is to congratulate them every time you hear that something good has happened in their lives or careers. Everybody in this industry works hard and it’s nice to be acknowledged for your work. If you do this, chances are when they hear that you’re doing something it will be more likely show up on their radar, and they might become a valuable ally in the future. When it comes to agents, managers and casting directors, they are very used to people “staying in touch.” My suggestion is to be someone who actually has some news to share. Let them know when you are doing a play, a student film, or anything else! Generally speaking, they tend to be more interested in busy people.

If you want to produce something, a play or an independent film, how do you fund it?

For theatre, if you want to do something out of the Samuel French Play catalogue, you’ll have to pay royalties for the use of that script. Shakespeare (and a few other long-dead writers) are free. For everything else (including adaptations), check the rights before you print the posters. Theatre costs
money, so pass the hat and produce it as cheaply as possible (which doesn’t necessarily mean in a traditional theatre space). Regarding your budget: keep in mind that usually only people you personally know will contribute to your fund-raising campaign. Strangers rarely do. If you want to do a new play (or have written one) the best plan is to start with a few public readings which can happen in any large space that has some folding chairs. That process will allow you to gradually refine both the script and a game plan for how to produce it. If the script is good, you’ll be surprised how many people will be willing to help you. If you want to do an indie film, I’d suggest doing a short film first. It’s much cheaper and will teach you a lot about filmmaking. If the short looks good, it will help you enlist the help of more people who could help shepherd the project to the next level. Believe it or not, those people will come from simply asking around. In show business, even in the early stages, everybody knows somebody. Just keep asking.

How do I deal with the rejections, anxiety, nerves and depression that come along with breaking into the business?

The term “breaking in” is meant to serve as a warning that there is rarely a welcome mat rolled out for newcomers. The early years of someone’s career are going to be a little tough at times. Most of those creepy feelings are a result of people feeling frightened that they aren’t “good enough” to ever get paid for their work. That’s understandable, but only time will tell. My personal advice is to give the “breaking in” process three solid years of your life and see how you feel about it then. Those feelings tend to lessen as your confidence in your skills increase. But keep in mind, skills and confidence only increase if you are practicing your art. So practice like crazy for three years. In the meantime, release those all those rejections, anxiety and depression into the ether by remembering that every famous actor you admire has felt them as well. They are a right rite of passage. Move through them and onto the next stage of your journey.

How do you find audition monologues that are right for you?

Often at the beginning of your career, agents and casting directors will want you to have a monologue or two ready to go at a moment’s notice. These monologues need to be a perfect fit for the actor who is performing them. Think of it like shopping for a piece of clothing you’d want to wear to a very
important party. It needs to be flattering, age-appropriate and should reflect your personality. You want it to feel fresh, hip and something that will get you a little attention. All of those are great things to think about when choosing material for yourself. Don’t do something that’s more appropriate for your grandmother than you. Don’t do something that is miles away from the sort of characters you are ready to play TODAY. You should love performing this monologue and you should have more than one. You find them by constantly looking for them and asking other actors where they have found theirs. Be careful about performing monologues that containing extremely vulgar language or very explicitly sexual content. Your monologues are usually used to “introduce” yourself and are sometimes performed in relatively small office spaces. Just be aware that you don’t know these people you’re auditioning for (or their history) so extreme “in-your-face” material could wind up offended offending them.

How do you create a reel with no major TV/film credits to put on it?

In regard to reels, I’m going to suggest you go online and look at early auditions done by actors who are now very famous. Those pieces of film are very short, but show an actor connected and in the moment. If you don’t have any TV and film credits, write yourself a short little 2-person scene (or ask a friend to help you) and shoot it with your phone (or a decent camera if you can borrow one). Make it look and sound as good as you can, and do multiple takes until you get a version you love! Then edit it and post it online. Use that as your reel until you have something professional to replace it. If you can act, I promise you it’ll be clear in that very short scene. If you are not confident in your camera skills, take a class and practice. Don’t waste your time and money until you’re sure you can deliver.

With all of the uncertainty, how do you plan your life?

Every human being on the planet attempts to plan their life in one way or another, and in many, many cases it’s life that winds up calling the shots. That’s not to say we can’t make a few decisions based on what we genuinely care about and what we’d like to have happen in the future. My recommendation is that you begin with a general game plan and try to stay fluid, while keeping an eye on your savings account. If you know you want kids, for instance, begin to adjust your priorities accordingly, so that having a family life can become a happy reality. If you want to buy as house, starting figuring out when and where you want that to happen. For me, I always knew I wanted to start in theatre in New York. It was my first love, even though I knew I’d never make much money doing it. I also always knew I wanted to try my hand at TV and film in LA. My first attempt at LA was a disaster because I wasn’t remotely ready for such a huge sea change both artistically and personally. When I came back the next time, I had a much clearer view of my goals and much more realistic expectations. I understood the business better and as a result, I made a little money. I knew I wanted to return to New York at some point and eventually I did (although it took a lot longer than I thought it would). The beauty of the work we do is that when it’s done well, it’s a wonderfully truth reflection of human life. One of our primary jobs as artist is to stay present in our own lives, so we can sense when the wind is changing direction. Trust your instincts. They are rarely wrong. 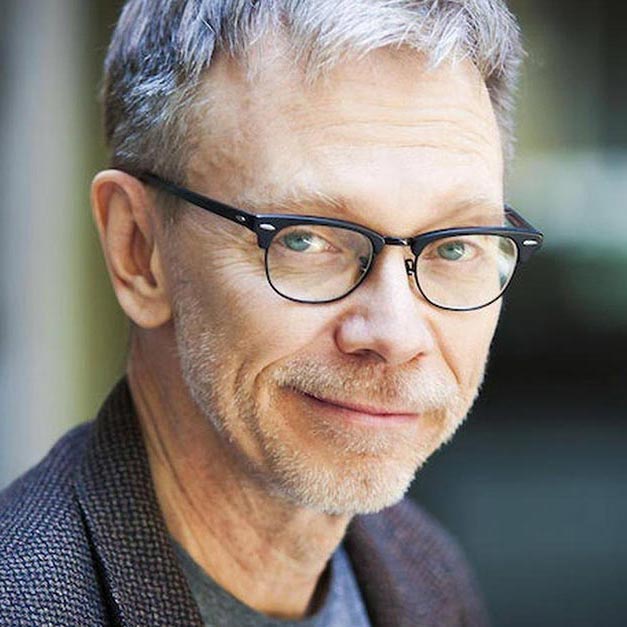 David Dean Bottrell has been a professional actor for over 35 years with credits that include TV appearances on MODERN FAMILY, THE BLACKLIST, LONGMIRE, MAD MEN, JUSTIFIED, TRUE BLOOD, BOSTON LEGAL and many, many more. He is the author of the new book, WORKING ACTOR: Breaking In, Making a Living, and Making a Life in the Fabulous Trenches of Show Business (Random House/Ten Speed Press)

When To Make The Move To LA

What to Avoid in an Acting Agent

How to Upgrade to a Better Agent

5 Things I Learnt From Luke Cook