When the subject of vulnerability comes up, some of us might associate it with a sort of weakness or defect of character. We envision ourselves cowering in a corner, terrified of the world and incessantly hyper-vigilant. It is, of course, quite the opposite. Vulnerability is bravery in its purest form. It is the willingness to see and to be seen, a choice to stand in front of the world, in all of one’s imperfect glory and say, ‘take me as I am’. 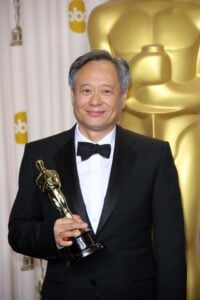 Apparently, the great director Ang Lee once reminded an actor, concerned about their performance ’Don’t worry. Audiences don’t come to see you, anyway. They come to see themselves.’ If he did indeed say that, he could not have put it more succinctly. We often suffer from the misguided belief that our supposedly perfect, untarnished self is what an audience wishes to see.

Where this began in our lives is down to the individual. It might have been an overbearing parent, a school obsessed with test results or peer group pressure, but it has stuck with us all the same.

As a result of this polluted thinking, we are then misled, when watching the wonderful work of some of the great actors, into believing that the magic of their talent lies in some mystical ability not to put a foot wrong. If we look a little closer, however, and with a more open mind, we will notice they are doing quite the opposite. They are free spirits.

Why? Because they have turned the tightrope of perfectionism into an open range of free and vulnerable expression.

No one, were you to ask them honestly, would say that they came to see a great film about ‘perfect people’. How disheartening would that be?! How alone and isolated from the characters on screen would one feel if they had barely an ounce of human fault to their name?

“Vulnerability is bravery in its purest form.“

Instead, we must ask an actor to resign themselves to imperfection and openly declare the flaws that make them human. If not for ourselves, then for the sake of our audience! We must ‘embrace our awkward’. Awkward is great!

Often, when I’m asked to give an example of this quality, I refer to the wonderful Richard Curtis film Love Actually (The British, particularly the English, have a PhD in awkward). If it’s a film you haven’t seen, I highly recommend it. I ask them if they ‘remember the guy who went to America to find a girlfriend’. Almost instantly, many students’ eyes light up at the mere recollection of this performance. The actor was Kris Marshall, who is a master of this particular quality. He is neither shy, nor emotionally unhinged, but his vulnerability lies in his wonderful sense of openness. And he has a bravery about him- the kind of guy that could trip over a chair and be completely fine with it. A devil may care lack of ego that is refreshing to watch and inspires us to be the same. That’s the important word here- INSPIRES. This vulnerability, this playful awkwardness is something many of us, deep down, would love to possess more of in our own lives. Kris Marshall is actually teaching us something through his artistry.

Another example of this may lie in the way we move physically. Of course, there are those actors that carry themselves like beautiful feline animals. I’ve marvelled many a time at the way Brando could patrol his New Orleans apartment in Streetcar, or sat in the audience at The Sydney Theatre Company and watched Cate glide across the stage like a swan, wondering how she became that graceful when we both went to the same drama school and I still feel like I walk with a carrot up my ass. But, on the flip side, would Jimmy Stewart be the same without those wonderful gangly limbs or Dustin Hoffman’s slightly uncomfortable gait or the way Emma Stone and Ellen Page just sit beautifully in an open, awkward and mesmerising physical honesty. Not at all. And, for the record, no one does awkward like Cate, should the necessity arise.

I’m also asked very often ‘How exactly does one harness this quality?’. My answer would be this. Firstly, comes the homework. Start letting this quality enter more into your everyday life. Be the nerd. ‘Nerd’ is a much maligned word and, in a society riddled with vanity and false grandeur, one I tend to think of as a compliment. Be silly in a social setting. Don’t just do it at home- that’s the easy bit. Let your guard down around people you otherwise try to impress. And it needn’t take any effort. Remember none of this is about striving for things- it’s about letting go. It’s about dropping conditioned behaviours that we’ve come to think of as ‘right’ or ‘proper’. As the acting analogy goes ‘it’s not about putting on masks. It’s about taking them off.’.

The results will be extremely reassuring. People undeniably warm to you. They feel comfortable around you because they can see that you’re being authentic. Everybody has a nerd deep down inside them. I don’t mean that you’ve eaten a nerd for lunch and they’re currently sitting partially digested in your lower intestines, I mean the part of you that only your nearest and dearest tend to see is sitting patiently beneath that act you put on, ready to wave at anyone who’s looking, and say ‘Hi. I can be a bit of an idiot sometimes and I’m totally fine with that’. BEING A HUMAN BEING.

A number of my peers have studied under the great French clowning teachings of Le Coq. The emphasis in that particular training is very much on ‘making a fool of yourself’ without fear of the consequences. Perhaps that’s one of the many reasons one of his students won an Oscar for the film Shine and is, to this day, one of the most exciting actors I’ve ever seen on a stage.

In order to put this into our acting, I often get people to pull a few silly faces at one another before we call action, just for a few seconds. I suggest you try this. It’s not a sign that you’re not taking your work seriously, so don’t treat it as one. It’s a sign that you’re ready to play, ready to listen and you don’t give a damn how it looks. I’m very inclined to use this technique before a particularly ‘serious’ scene if I feel it’s getting stale or laboured. It’s a failsafe antidote to solemnity, as it opens the floodgates of invention and removes the handbrakes of ego bound ‘safe acting’. More unpredictable choices become available, despite the constraints of the subject matter and the reverence one feels to ‘nailing the scene’ is replaced with the missing ingredients. The work has humour. Humour, after all, needs to sit under everything. It’s the foundations of great work.

Vulnerability also implies to me an extremely positive mindset, in that we are vulnerable to change- open to being affected by another actor and the given circumstances. We are able to ‘seek to understand and then be understood’. Our choices are informed by what is ACTUALLY happening in the scene, as opposed to entering the playground with fixed, safe and self-protective choices. Those rigid choices are defined by ego, by wanting to be right and/or wanting to please. If we shift our attention genuinely onto the other and leave ourselves alone, then magic, much of it unintended, can happen.

Without humour, would Brando have picked up that glove in ‘On the Waterfront’, a choice that happened by accident and made the chemistry between he and Eva Marie Saint even more palpable.

I often think of the word ‘pretentious’ when I speak about pre-ordained, overly rigid acting that doesn’t come from a free and vulnerable place. If we chart the word pretentious back to what I believe (or have self-righteously decided, at least) to be its origins- to the word ‘pretend’ and we then break the word ‘pretend’ into its two separate components, we might see that pre (before) and tend (paying attention to) imply that things were planned and mapped out before they were acted upon.

Some spokespeople for rigorous homework would argue that this just means research and charting the character’s arc and so on. I think of it more as a poisoned chalice. For many, it encourages concerns of how they might look and sound and a desired effect which, if set about with ego, tends to encourage nothing but fraud. Honourable fraud, as it came from a noble desire, but fraud nonetheless.

They are not truly ‘listening’, not truly willing to let the other actor in and, if they are, it’s on their own terms. I can speak about this with some authority as I have been guilty of it more than most. And sometimes it feels good and right and as if the work is going well, but if one were just to let their guard down fully and expose themselves completely, they would act on a totally different frequency- one that is in a permanent state of being an interesting human.

To cut to the chase, this is why I think Anthony Hopkins could read a phone directory and it would still be interesting!

We would love to see your vulnerability in your acting. In our monthly coaching program for actors we get all students to submit work to us each month and we give you personal feedback and advice on the work you submit. It is an amazing way to keep training as an actor. And it is crazy affordable… come give it a try

The Importance of Being on all Casting Platforms

4 responses to “Vulnerability in Acting”