StageMilk / Voice Acting / 10 Ways to Optimize a Voice Over Session

Whether you just booked your first voice over gig, you’re neck deep in it, or you’re interested in voice over and doing a bit of visual reconnaissance – welcome all! Prep for a voice over sesh is different to the prep you’d do for a film or theatre gig in so many ways. Each studio you go to will be a bit different, the combination of people will be slightly different, you’ll usually get the scripts on the spot, your vocal strength and tone may even be in a different state each time you show up. And on top of that, it’s hard to know what to expect, especially when going in for your first voice over gig. You will absolutely create your own process through trial and error over the years as you continue to grow in your craft and technique. But if you’re feeling a bit green then we’ve got you covered. Here’s are a few tips, tricks and suggestions so you can be ready for anything like a seasoned pro.

1. See if You Can Get the Scripts Beforehand

Sometimes, in commercial voice over, your employer might not have the scripts ready until five minutes before you walk in the door. But if you want to get your head around the content prior, it never hurts to ask your agent to enquire on your behalf (or the employer directly, if you’re freelance). Because you never know when they might have things ready the day beforehand.

If you can get them, awesome! But try not to get married to exactly what’s on the page word for word. Particularly if it’s a voice over for a commercial – they’ll tweak those scripts right up to the minute before you record and sometimes even after your first few takes they’ll change things around. Flexibility is the key, so the script is good to use for a reference but be prepared to completely shake it up as you go.

2. Do a Few Warmups on the Way

If it’s a morning session, do yourself a huge favour and start your warmup at home before you head in. Don’t feel like you have to go full on and blow the doors right off doing sirens or anything, but just start really small and gentle:

And for me, if I’ve got five/ten minutes to spare, I’ll fill a bowl with boiling water from the kettle, hold my face 10 cm above the surface of the water, put a towel over my head to trap the steam in and inhale the steam deeply and directly onto my vocal chords. And then exhale on an mm, nn or ng.

If you’re taking the bus or train there are heaps of de-voiced exercises you can do to wake up the muscles and fine articulators on the inside of your mouth. Writing your full name with your tongue really slowly on the inside of each cheek. Twisting the tongue around holding it in place for a few seconds before releasing it. Rolling through the ‘P, T, C – B, D, G’ and back and forth a few times. Try whichever calls your name, and add your favourites.

If it’s an arvo session, your voice should already be pretty warm and ready to go for a commercial or corporate voice over sesh. But if it’s an animation gig where you seriously have to stretch your voice across a few different pitches and accents, do yourself a huge favour and make time for a good thorough warmup before you head in, regardless of whether it’s an AM or PM session. You’ll thank yourself later.

3. Be Prepared for a Bigger Audience than You Thought

Weirdly, the thing that surprised me the most at my first voice over session was how many people were there. There’s always the sound engineer, of course, but there were also marketing people, legal people, their assistants, the head of marketing, and even the company manager. And sometimes, they’re all on zoom, so you’ve got a lot of different voices coming through those headphones.

But don’t let it throw you at all whether there’s two people or ten sitting on the other side of the glass – they’re all listening to your recordings for very different things and sometimes what they’re listening for doesn’t have a lot to do with your delivery per se. They just all want you to smash it!

4. Pack Your Bag of Tricks

Every studio has water, but you just never know, so bring your own anyway – and plenty of it. Keep those vocal cords hydrated as you go! Are you someone whose body seizes up when the AC is set to arctic? Same. Your muscles seizing up does not help in delivering a great voice over, so bring a jumper. Even in summer, I’m dead serious – they really pump that AC, man! If you’re prone to sinus blockage, bring that vix stick or nasal spray, or whatever clears your nasal passage fast. Does dry throat get you on the reg? Bring those lozenges. Pack your bag and don’t let anything restrict you from getting the job done right. Which brings me to…

For some voice over sessions (depending on the content) you will be standing in the one spot for a long time. Moving and physicalising on the line helps your vocal quality so much, but even something as simple as changing your physical position between recordings in any way (no matter how subtle) will help reset your body and keep it free of tension.

Wearing something that keeps your shoulders, back, and hip area free from restriction and free to move is the ticket. Even if you’ve got a quick 10 to 20 seconds between recordings, stealing a super quick stretch, squat, spinal roll or whatever unlocks your body makes the biggest difference.

6. You Can Offer Solves!

If you know the reason why a sentence feels clunky and everyone on the other side of the glass is trying to figure out why – offer a suggestion! It took me a while to feel like I was allowed to offer a solid suggestion if I felt like I had a good one.

Sometimes you’ll put one down and just nail it. But more often than not, you’ll get some notes and adjustments to make for the next one. Write them down wherever is best for you on the script as you hear them. And if a particular note doesn’t make sense, that’s ok! Just ask them to clarify it or put it in other terms. This saves so much time down the line, especially when you…

8. Create Your Own Shorthand!

This is something that you will inevitably hone with practice. But there’s no hard and fast rule here; you’re the only one looking at that script, so use whichever symbols and notations make sense for you!

You’ll end up creating your own symbols for: half a pause there, big pause here, half a breath there, big breath here, cheekiness on the first half of the sentence, smile on that word there, upward inflection here, hit the T there, more warmth in the voice – whatever you choose just make sure its crystal clear to you, and easy to see on your script. The directions you’re given can range from the very vague, to the hyper specific, but having a visual shorthand for them on your script means you don’t have to remember all of them at once when you’re delivering the line.

9. Ask if You Can Keep Your Scripts

Those scripts are gold and holding onto them for reference is about optimising your next session. If it’s an ongoing gig there can be a little or a lot of time between sessions, and having them as reference is a lifesaver. A quick look over the last script can help you get back into that headspace, remembering the tone you gave them, the placement, the breath control on each line – everything.

If it’s a NDA situation, then naturally it would be unlikely for the employer to let you keep the sides. But if it’s an ongoing gig then nine times out of ten they’ll let you keep them. It never hurts to ask.

Red hot consistency with your placement and tone right off the bat is a real pro move. But also, asking them to play back a recording from the last session as a reference is so ok too (especially if it’s been a while in between recordings).

Or at least try your best not to. I know as much as anyone how chronically overused this phrase is, because if not sweating the small stuff were that easy then we just wouldn’t do it. But if you’re heading in for your first or second session, take it as a reminder that if you fumble a line every now and then, centre yourself, acknowledge it and go for another one. This will happen no matter how seasoned you are and it’s a part of the process of getting there. Do not apologise for tiny human error like tripping over a word. Just rock up on time, warmed up and ready to work and remember that they love your voice. Go for it and have fuuuuuuuuuuuuuuuuuun! 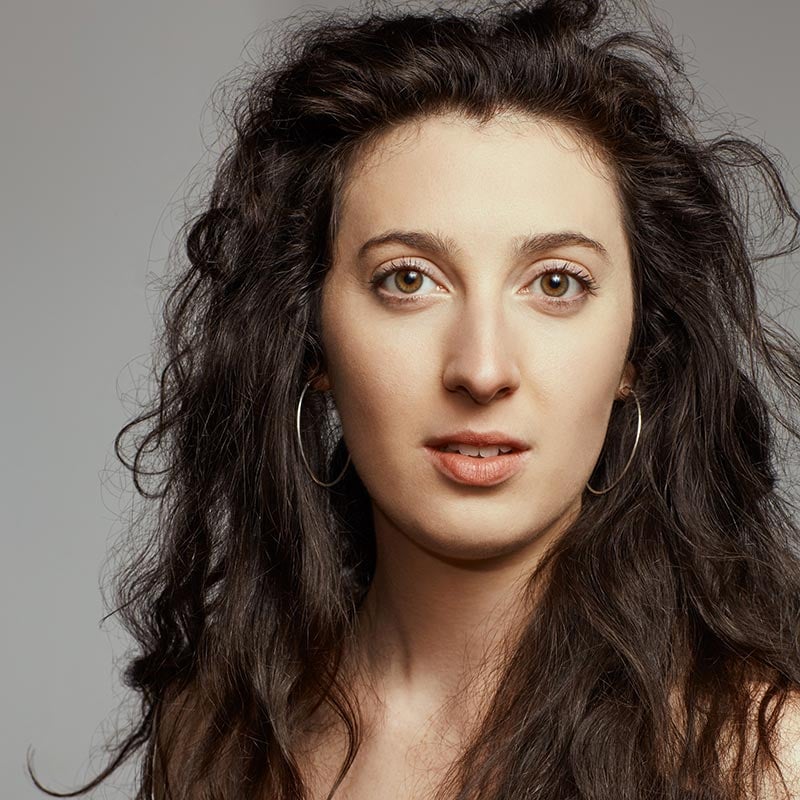 Emma O’Sullivan is an actor, writer, juggler, frequent pasta maker and sometimes stilt walker. She graduated from WAAPA in 2016 with a BA Acting, and cut her teeth at the Hayman Theatre, Curtin University. Since graduating she has written and performed two solo shows at Perth, Newcastle and Sydney fringe and also with JackRabbit Theatre company. Originally from Perth, she is now based on the east coast and when you don’t see Em onstage you’ll find her practicing some *siq* new diabolo tricks and club juggling at park near you.

Why should I try to break into the voice over industry?

Thriving as a Voice Actor: Tips and Tricks to Grow Your VO Empire