There is nothing I love more than watching TV shows about acting and actors. There’s something cathartic about seeing situations on screen that we can relate to. Not all shows do this successfully and with the proliferation of the web series, I’m beginning to tire of the struggling actor storyline. However, when it’s done right, these TV shows make us laugh, cry and feel a little bit better about pursuing this crazy career in acting.

So here are my favourite TV shows about acting. Some are wildly comical, others educational, but I recommend checking them out.

Ricky Gervais is a comedy legend. The creator of The Office, Derek and of course Extras. Extras follows the life of Andy Millman, a struggling actor who can’t seem to do anything but extra work. This show is quintessentially British and captures Ricky Gervais’ signature awkward humour. With cameos from Patrick Stewart, Kate Winslet and Daniel Radcliffe, what more could you want? Sheer brilliance, that had to be featured at the top of this list.

I only recently stumbled on this gem on Netflix. It’s a bizarre look inside the world of Steven Toast, a mediocre, washed-up actor who believes himself to be anything but mediocre. Steve finds himself in a myriad of hilarious situations. At times the comedy goes too far and the musical interludes can be testing, but push past the first few episodes and you’ll see this show is absolute gold and a must-watch for actors.

The voice-over sections are definitely a highlight, and especially for anyone who has worked in the voice-over industry, you will die. We have a video below with some of the best clips.

#3 Inside the Actors Studio

This is an incredible show to help you become a better actor. James Lipton sits down with the greatest actors of our time and delves into their process and career. Some interviews are more captivating than others, but there’s always something to be garnered from these legendary creatives. This classic series is a must-watch for actors.

Aziz Ansari has created a hilarious and moving TV show, based largely on his own life. Although a lot of the series delves into the complex world of dating, it also addresses the inherent struggles of being an ethnic, early-career actor, fast approaching 30. Dev’s desperate attempts to get his foot in the door are comedic genius, but the underlying message reminds us that stardom isn’t all that it’s cracked up to be. 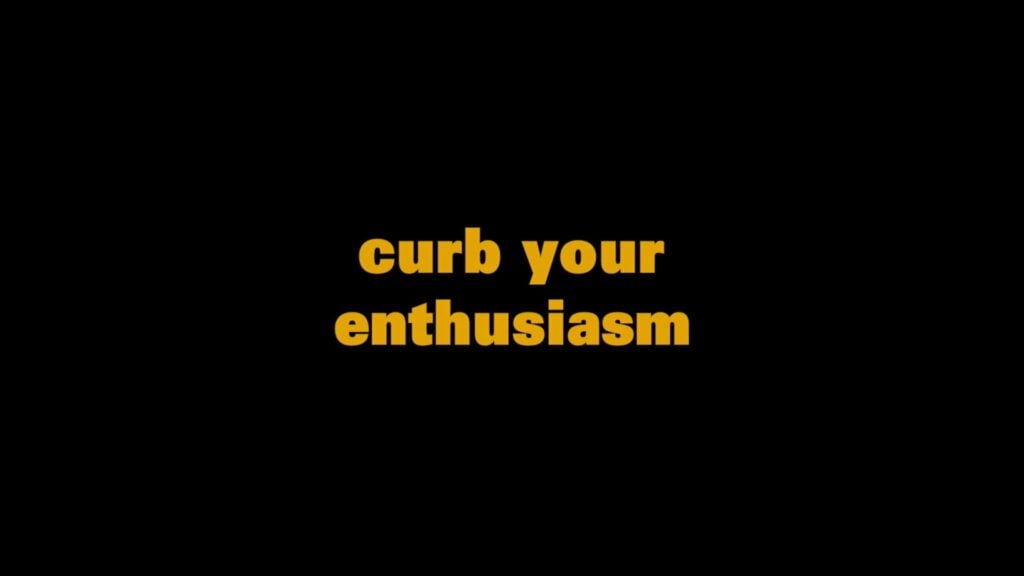 You’re right, Larry David isn’t an actor, he’s a writer. Well, he is acting in this show, but he’s playing himself, a writer. Still, this show is very much about the industry and features actors, writers and directors. This is one of the funniest shows around and I would binge all nine seasons if you haven’t already. Larry David wrote Seinfield and so if you love that type of humour, Curb your Enthusiasm is for you.

If you love “Smelly Cat”, you’ll love The Come Back. It’s a fun look at the life of a sitcom actor. It has a very American feel, but is a great show.

You’ve probably already binged this one if you’re an actor. At times it yields to stereotypes and is very male-oriented, but it’s still good fun and inspiring for actors who are yet to head to LA. Just don’t take it too seriously!

This is a new addition to the list, but what an incredible show! Headed up by Bill Hader, who plays assassin turned actor, Barry. It’s one of my favourite shows at the moment and it’s hilarious. It also features plenty of action, which even though it’s a comedy, is done incredibly well. The acting teacher, played brilliantly by Henry Winkler, is shockingly similar to some acting gurus I have come across over the years.

This little gem is the only non-English speaking suggestion on the list. It’s also less oriented around actors, than agents. But it’s brilliant! We get to see in inner workings of one of Paris’ biggest acting agencies. It’s a great insight into the acting world, and absolutely hilarious. Created by Fanny Herrero, there are currently two seasons to binge on Netflix, and hopefully more to come in the next few years.

This final TV on our list is not centred around actors but features one of the best portrayals of an actor on screen I have seen in a long time, so I felt it deserved to be featured. Moira Rose, played by Catherine O’Hara is simply hilarious and her performance permeates the show so much that sometimes we do feel it is all about acting! It’s such a brilliant show that I had to add it to the list. Her acting career certainly features heavily in the show, and well if you haven’t watched it, just do it!

There are our favourite TV shows about acting, but we’re sure there’re a bunch more out there. Let us know in the comments if your favourite didn’t make the list!

Ten Great Plays for Actors in their Twenties

One response to “Best TV Shows About Acting”