StageMilk / Acting Tips / How to Find Your Character’s Objective

The objective is one of the most important pieces of information you will ever learn about a character you play. Whether you’re performing a monologue, a scene for an acting class or in a ten-part Netflix drama, identifying your character’s objective/s will elevate and focus your work: it can bring a rawness and reality to an otherwise ridiculous scene, it can protect you in instances when your scene partner may seem less than prepared, and it can even lift the stakes in scenes where the writing leaves a lot to be desired.

So if finding your character’s objective is so important, why is it something that actors struggle with? Often, it’s a case of an actor over-or under-thinking: actors tend to believe that juicy characters, roles and scenes must have grand and complicated narratives attached to them. In other cases, they assume they know what an objective must be because it’s so clear, and therefore don’t pay any real attention to it. “What does X want from Y? It’s obvious, right?”

In both instances, the best remedy is to think and plan ahead: if a character or scene seems too complicated to determine or so easy it’s not worth your time, you probably have some more work to do. Take a look at the following tactics for finding your character’s objective:

An objective is what a character wants to achieve within a scene. Ask yourself: what are they trying to do? Some acting schools like to think about it as a ‘win’: what does the character need to do to ‘win’ the scene and achieve their goal. The simpler and more direct you can be in answering this question, the better.

If this concept sounds like a straightforward enough idea, that’s because it is: one of the common pitfalls actors encounter when searching for their character’s objective is to look for larger and grander objectives beyond the scope of the scene itself: “My character wants to conquer the universe!” “My character wants to be the best boyfriend in all of history.” This is often a case of actors confusing the concepts of “objective” and “intention”: these grand ideas speak more to the why of a character’s actions than the what of an objective.

A great guiding rule is to keep your objective as something that can be achieved, right there and then, before the scene is finished. The more direct and specific you can be, the stronger your objection will be.

You can not do enough analysis and interrogation of what a writer has put down on the page, so don’t stop until you can justify the placement of every single word and punctuation mark. We’ve talked more about in-depth script analysis elsewhere on StageMilk, but one idea worth repeating here is to keep asking and writing down questions: scene to scene, ask yourself what your character wants. If anything doesn’t make sense—as in your character does something that seemingly clashes with their objective—write that down as well and try to think why. Characters will often reveal some of their most interesting qualities in these contradictory or self-sabotaging moments: you can use these traits elsewhere to round out your performance.

And for actors doing a single scene from a larger work: read the whole script. Go and track it down online, or in a shop, or borrow it from a friend. Know the context of your scene, and where it fits in with your character’s overall arc. If their objective in a scene feels disjointed or inconsequential, this will help you solve that mystery.

Focus On The Other Character

Ideally, a character’s objective should be focused on the other performer/s in the scene. If it’s a monologue, then whoever it is you’re meant to be speaking to.

Picture a scene where Sandra wants flatmate Fran to clean up the living room because her mother is coming for dinner. Sandra makes the case that Fran never cleans and it is her turn. Fran, playing video games, says she’ll clean up if Sandra leaves her alone to finish the current level. Finding character objectives for this scene might seem deceptively simple: Fran wants the house to be clean. Fran wants to play video games. The problem with each of these objectives is that they lack conflict, and aren’t as focused as they could be.

For Sandra: she might want a clean house, but her true character objective is to get Fran to do it instead.

For Fran: she might want to play video games, but her true objective is to get Fran to leave her alone.

By making these objectives more specific, we have each character seeking something more concrete from the other performer. Any dialogue, any actions they play become ammo, their conversation a battlefield. And a scene that risked being passive and boring is now filled with conflict—the very essence of drama.

Plan And Play Your Actions

If objectives are the “what”, intentions are the “why”, then actions are the “how”. Sometimes labelled as “tactics”, actions are the things you do to achieve your objective. Character actions, just like character objectives, are often maligned by actors who believe that they’re obvious enough in the scene they don’t need to be carefully plotted. However, this can make for dull, lazy choices that telegraph where a scene is going to head. While your character might be mad at somebody, screaming at them from the get-go will give you nowhere else to build (and leave you looking silly). How might Sandra convince Fran to help her clean? Would she “guilt” her? “Bribe” her? “Threaten” her?

Actions will help you understand what your character is doing in a scene. If their actions seem out of place, it may be that your objective needs to be modified or narrowed so it is more consistent with what is actually happening (as with our Sandra/Fran scene above). These terms can be confusing and overwhelming, but ultimately they will become tools that help you fine-tune your performance and understanding of a script. 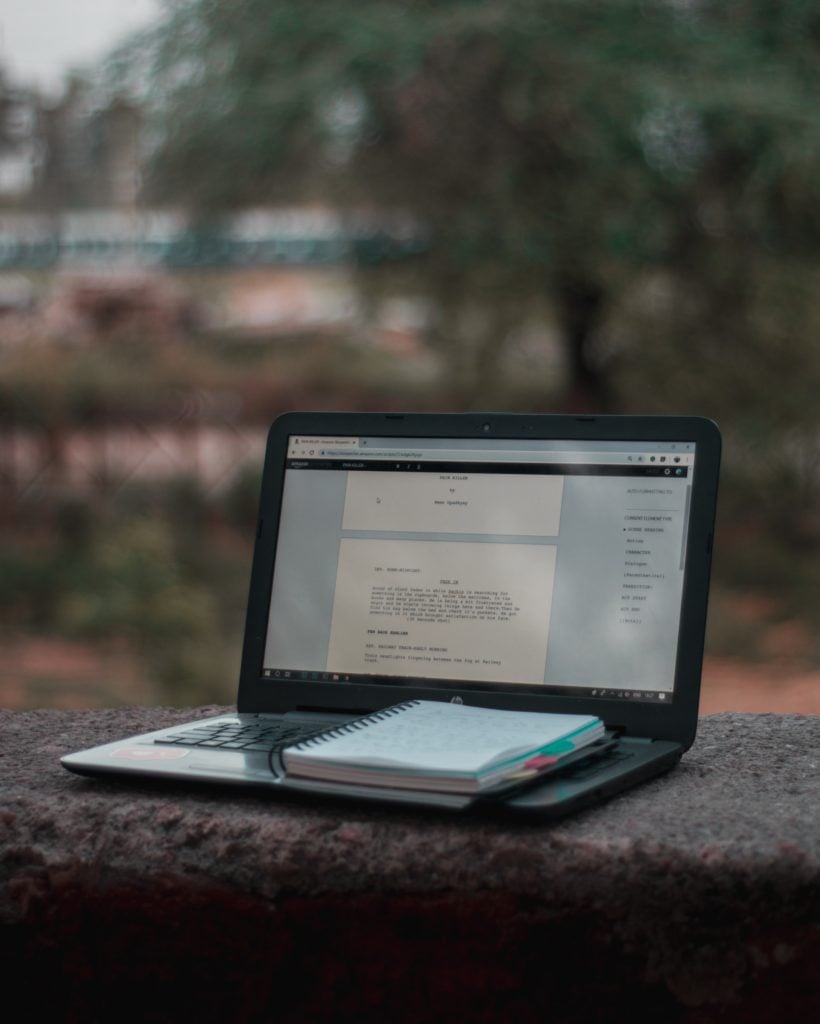 This tactic can help you twofold. First of all, looking at what your character has to overcome can be helpful in determining their objective. If they’re tied to railroad tracks and can hear a train chugging closer and blowing its whistle, then perhaps their objective is to wriggle free.

It can also help you identify why a character can seem stuck in a scene that has a simpler, more direct solution than the one written. If you’re wondering why your character doesn’t just leave a tough situation or yell at a person they’re angry at when they’re bargaining with them instead, it might suggest a complexity to the character’s objective that you haven’t previously considered.

Identifying your obstacles can really impact your interrogation of the “why” of scenes which, in turn, will help you plan your “what”. When an author makes a choice that goes against their character’s objectives, there’s something to be gleaned from that choice. And never forget that every script—no matter how confusing, or mysterious or obscure—is always bound to some form of internal logic.

Talk To Your Colleagues

Discuss and seek advice from your fellow actors. Talk with your scene partner about what your objective may be: identify how your own character objective will complement or clash with their own. If you’re working on a solo scene, the same still applies: have a friend be your audience and ask if your objective was clear.

In a rehearsal room or on a set, the director will be one of the most useful resources for determining character objectives. It is their job, after all, to maintain consistency of vision across all aspects of production. This is not to say you don’t need to do any preparation: the best actor-director relationships are built on the understanding that one’s interpretations of a script will be reinforced and improved by the other.

Finally, look for opportunities to help your friends and colleagues with their own character objectives. Agree to read scenes, or sit and hear monologues: even as a passive audience member you will learn to identify actions and objectives and intentions and better strengthen your own skills. Talk them through your own processes and ask them about their own.

Finding your character’s objective can be tied to some fairly problematic perceptions about what it is to be an actor: it is a lonesome, often torturous battle with one’s self to delve into the very depths of another being.

In truth, it should simply be another part of your process—one you can undertake alone or with your peers—and one that will strengthen your performance and your acting skills in general. Don’t let yourself be overwhelmed by what you think you’re meant to find (remember, the most direct objectives work the best) and don’t be intimidated by the glossary of terms out there like “action”, “objective”, “motivation”, “intention” and “tactic” that all speak to the same few basic ideas.

Most of all, don’t over-or under-think it. Find a balance that works best for you, and be ready for that balance to take some time to master. Once you do, you will see positive results in your performances almost immediately.

The Problem with Finding your Type

How To Procrastinate With Purpose

One response to “How to Find Your Character’s Objective”