With John Bell retiring at the end of the year from Bell Shakespeare, we thought it was an opportune moment to sit down with Peter Evans, who, though already Co-Artistic Director, will be taking the reins as of next year. We picked his brains about what lead him to the theatre, working with actors and much more. As usual in the Director’s Chair we stuck to a basic set of questions, but Peter was a little too interesting not to have a few digressions. What follows is our conversation:

This was our first over the phone interview for the Director’s Chair. I have tried to capture our conversation as best I could.

1. What inspires you to do what you do?

That’s kind of an interesting question. I suppose the point about the theatre, well the most obvious point about it, and probably the most important, is the collaborative nature of it. And so one of the things that keeps you fresh is the various people you get to work with.

“I think I get a lot of inspiration from the people that I choose to play with.“

It becomes a really close relationship and then sometimes you move onto a different set of people. And over the years you build up these long term relationships, and I think I get a lot of inspiration from the people that I choose to play with.

Right from a really young age, when I first started out, I always had this notion that you should keep surrounding yourself with people who are better than you are, and smarter than you are, and I think that’s a really important thing to do, so that you’re constantly being introduced to new ideas and being stretched in different directions.

I suppose the second part of that question is really other art forms. I’m really inspired by film, I watch a lot of films, as well as by novels and photography. 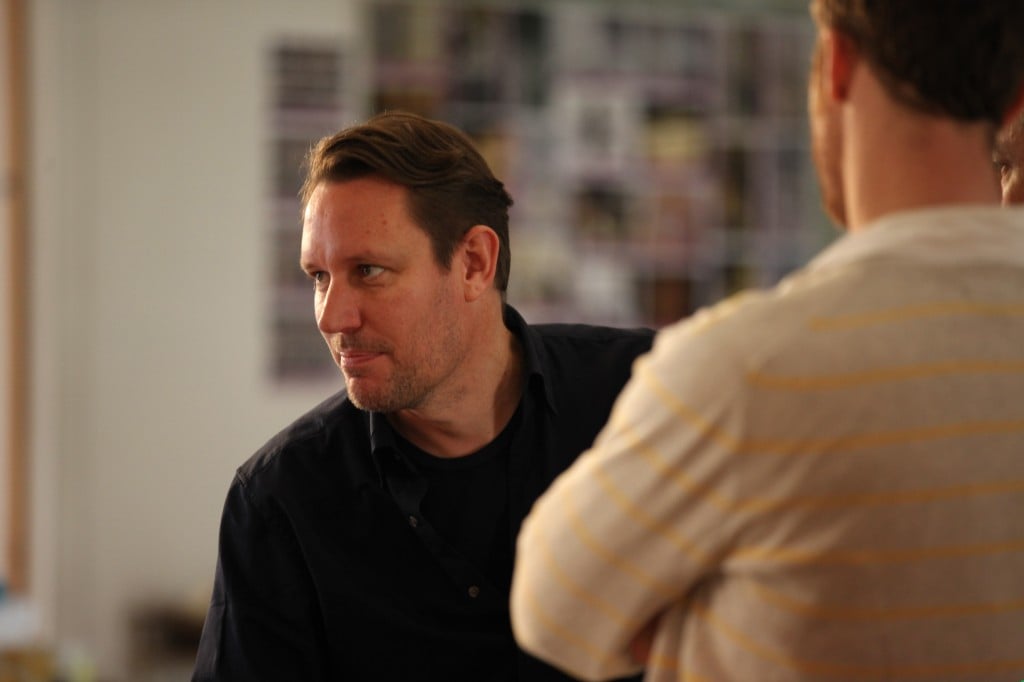 Nah, I reckon I fell into it, although whether it is a rationalisation or not i’m not sure. In hindsight you see certain patterns and you see certain reasons, but certainly I never set out to. I was doing a little acting at school and then at university, but I wasn’t particularly good, and I knew that I wasn’t good enough and that that wasn’t a career for me, but it was something I enjoyed, particularly at university. I found that the theatre and the people in the theatre were much more interesting than the stuff I was doing at university, and I much preferred spending time with them.

“I knew within hours on that first morning on that first day of rehearsals that maybe I found what I was meant to be doing, and I haven’t really looked back since then. “

But also, I really wanted to be a painter, and that was my passion, but I didn’t get into art school. I was still interested in painting and also music, especially classical music.

So what happened, when I was at quite a young age, someone asked me to direct a play at the university and I suddenly found that all these interests came into the one job. That kind of design/visual art stuff and the music and obviously the acting, I knew within hours on that first morning on that first day of rehearsals that maybe I found what I was meant to be doing, and I haven’t really looked back since then. But I don’t think I knew that when I walked in that morning that it was all going to come together and feel quite obvious to me that this was the medium that I should be playing in.

3. On that, do you now when you are directing tend to have a strong input into the design…

Yeah I always come with a lot of offers. I believe that as the director there are two things to it, you don’t have to have the best ideas, but you’ve gotta be able to recognise the best ideas, and that’s something I really believe in. And also I think that your responsibility as the director is to get the ball rolling, and you have to have the first ideas, and that can be quite scatter gun, I think.

And if you have a good designer they will take all that different stuff and work in their own way ideas and what you will come back with will hopefully be satisfying to all of the people involved.

So yeah I think most directors have a strong input in the design, but certainly it is one of the things that I enjoy the most, as part of the process. But I also work with really strong visual designers who tend to be able to take that and run in a different direction and surprise me most of the time.

4. What qualities do you seek in an actor you work with?

A sense of humour, I think, is incredibly important. Also a degree of self knowledge, and often a sense of humour is linked to that, there’s a kind of humility no matter how confident the actor is, and an ability to be able to laugh at the situation. A lot of what we do is pretty ridiculous and it’s also very serious and very important, and both those things have to co-exist inside a rehearsal room, so I really appreciate people that are imaginative and have a sense of humour and are open for trying anything. 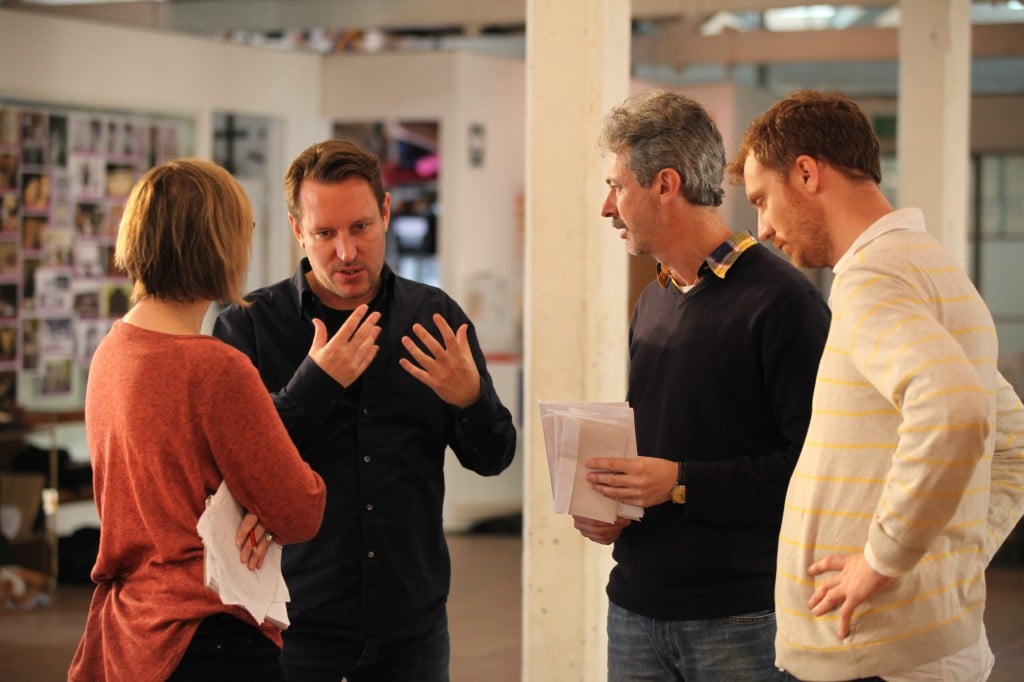 5. You’ve obviously worked with a great range of actors over your career. Do you think acting training is important?

Look, not always, but a lot of the time. I certainly think in the early stages, but I mean it’s not for everyone. I have certainly seen and worked with people where the acting training really didn’t help them, but if I was talking to someone who was 18 and was really passionate about it, I would probably suggest that going to a good training institution would be helpful, for a whole host of reasons.

Particularly when you are working in Shakespeare, having that time and space with various teachers to work on technique and to work on your voice and to work on your body, I think is really useful. Other people could find other ways of doing that and doing various courses or they might just be disciplined enough to be constantly working in that way on themselves, but on the whole I think that the training institutions do a good job for most people and it is a good path to take, but there is no hard and fast rule with that.

I find that sometimes even if it is just the self confidence of being in that institution and playing with the other people. And sometimes these institutions can be a shop front where you get introduced to all sorts of influences and all sorts of different people and we come out on this kind of silver platter and sometimes that can really give people this self confidence, sometimes it can really mess them up. You know. Sometimes people can be really messed up and it takes two or three years to get their sense of themselves back. And that was my experience actually, I did a directors course at NIDA and it took me quite a few years to reconnect with what it was that I was doing it for. I began to double think too much, and think about other peoples processes and peoples ways in and so I found that quite difficult and sometimes that can happen with actors, but on the whole, I think if you are up for it it can be a good thing.

Well I think it is the same with acting or directing. It’s that you actually have to just keep doing it. And one of the biggest difficulties with actors coming out, is that you might get a basis in it at university or drama school or doing a course, but then the gap between drinks is so long. I often see people’s skills just drop off as the years go on, because it’s just not in their mouths, its not in their bodies.

In cycling they keep talking about trying to get the miles in the legs, and there is nothing quite like just getting the miles in the legs, and I think it’s the same for actors and so the people I know who find themselves between drinks like that, they get together with their friends and they have a big Sunday lunch and they make sure they read a play, and they keep reading, and they keep practicing it, so when they get their next opportunity they feel match fit. I think this is really important because there is nothing worse than just disappearing into naturalism and having a few years away from it, its quite hard to get it back. 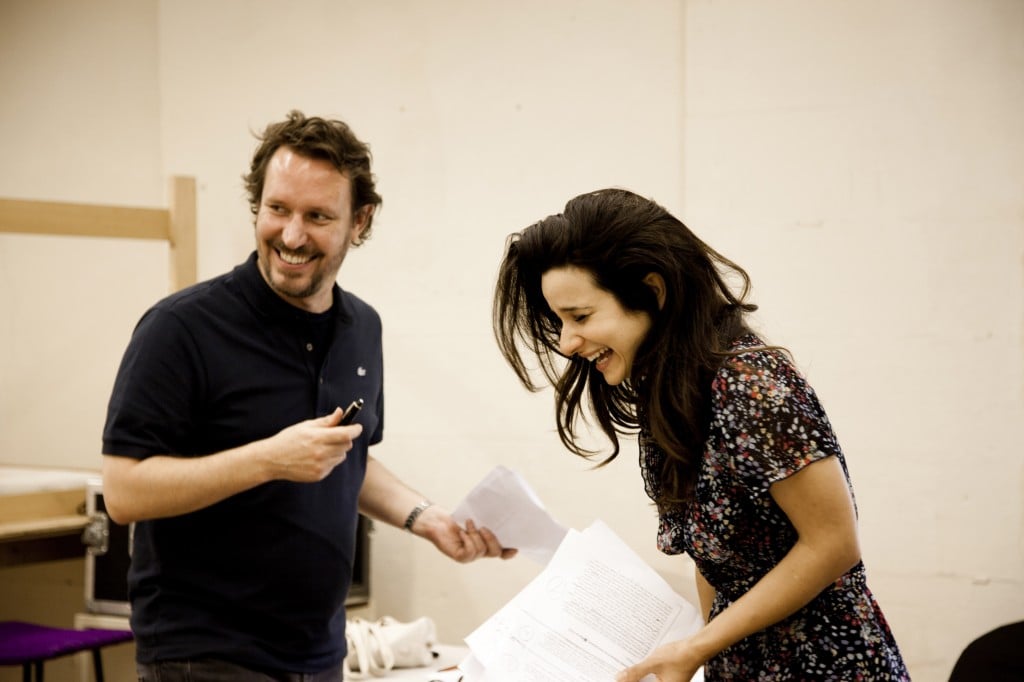 7. Is there any advice you would give to a young actor starting their career?

“There’s nothing worse than sitting around waiting for the big golden opportunity.“

There’s nothing worse than sitting around waiting for the big golden opportunity. I think that if your passionate and you just want to do it, you should just do something every day in any capacity that you can. And make sure that something in your day connects with some kind of creative endeavour, always working towards just filling up with the stuff, and just take every opportunity to work, and get in the room, and get it done.

8. What is your favourite play?

Well that kinds of fluctuates, not only on where i’m at in my life, but what day of the week it is. And normally it’s what ever I’m working on. So at the moment I’m really passionate about As You Like It, but as a Shakespeare person, plays like Hamlet and King Lear are never very far from me, just because they are the kind of plays that no matter what point you’re at in your life, you can dip into and they have a different slant or they open something up to you in a different way that I find really inspiring and it’s why I spend so much time with these plays, so I don’t know if I can actually give you a single answer, but today it’s As You Like It.

An Interview with Damien Ryan

In the Director’s Chair | Mark Kilmurry

In the Director’s Chair | Adam Cook

In the Director’s Chair | Melissa Cantwell