StageMilk / Plays / The Importance of Being Earnest

The Importance of Being Earnest
(Oscar Wilde, 1895)

One of Wilde’s most important works, The Importance of Being Earnest

is a clever farce. The main character is Jack Worthing, a respectable landowner. However, Jack has an alter-ego – Ernest. Jack maintains the pretence that the pleasure seeking, disreputable Ernest is his brother, but when he heads off to get his “brother” out of trouble, he is in fact living the life of Ernest in order to enjoy himself fully with no repercussions on his fine upstanding life at home, especially as he has responsibility for a young ward named Cecily.

Unfortunately for Jack, his alter-ego Ernest has a friend, Algernon who discovers that Ernest is in fact Jack. He is not shocked and sees this as an important part of a man’s life (he himself has an imaginary friend who he visits any time he needs to get out of something he doesn’t want to do). Algernon confronts Jack about his false identity when tells Algernon that he is going to ask for the hand of his cousin, Gwendolen, in marriage. Jack comes clean and explains all, but he makes the mistake of getting Algernon interested in Cecily…

Gwendolen shares Jack’s romantic interest and tells him that it is his name she loves most, and couldn’t marry someone not called Ernest. Her mother, the rather scary Lady Bracknell, puts forbids the love affair because Ernest has no background, having been found in a handbag at a station. 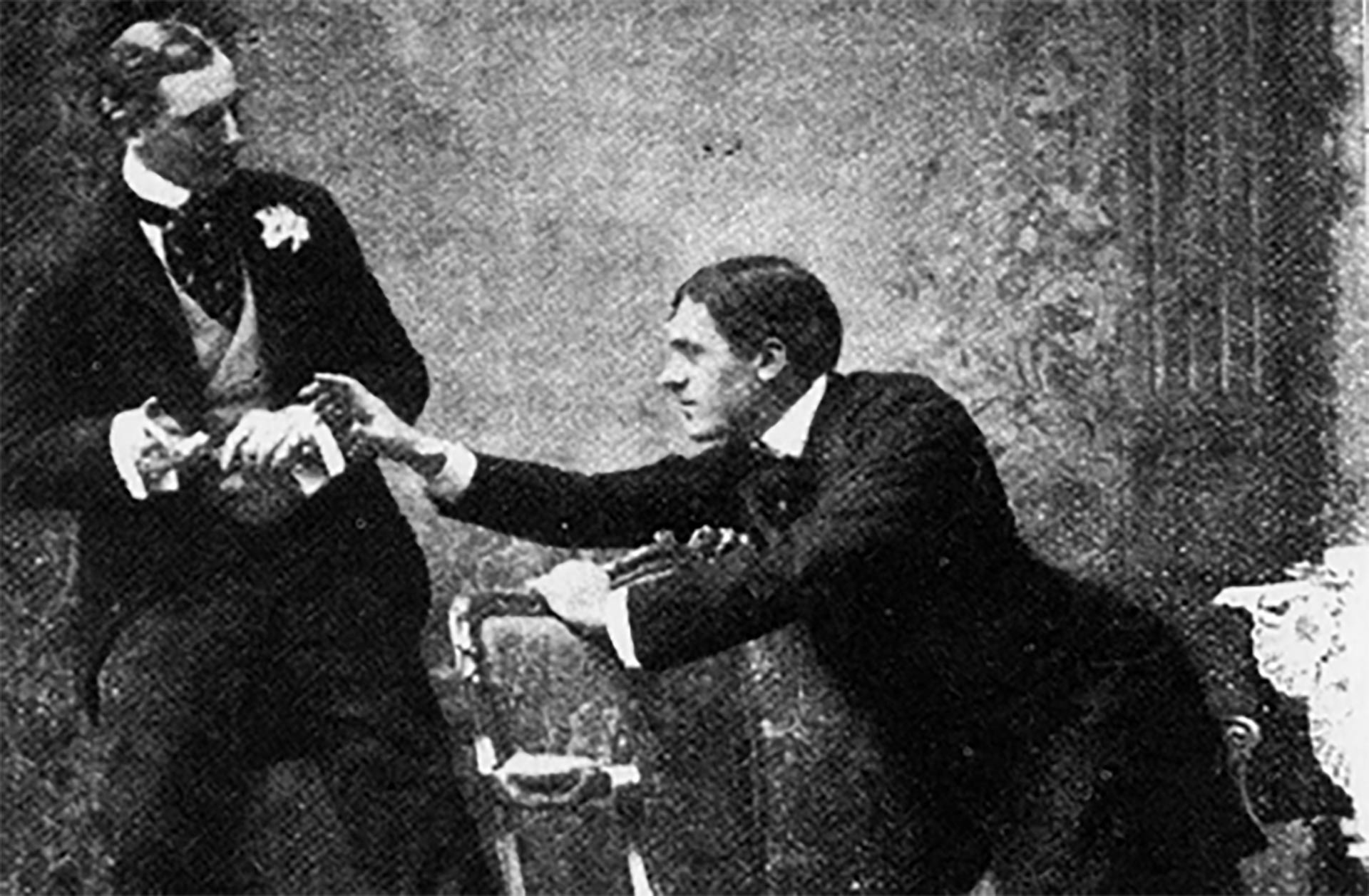 The farce steps up a gear when Algernon invades Jack’s real life. Jack has decided to ‘kill off’ his fake brother Ernest, but cannot when Algernon shows up at his country home pretending to be the notorious Ernest. Jack has no choice but to go along with the charade, and his ward Cecily is completely captivated with her guardians “brother”, and she too feels that Ernest is simply the name to have! Jack and Algernon both decide to change their names.

When Gwendolen shows up to see Jack (as Ernest), things get impossibly tangled, with Cecily and Gwendolen both under the impression that they are engaged to Ernest. The women confront Jack and Algernon and are united in mutual disgust by the truth. When the men assure them that all the lies were designed to enable them to spend time with the objects of their affection, they are flattered and appeased slightly… but Lady Bracknell is on her way.

Lady Bracknell again forbids Jack and Gwendolen’s marriage but is interested in the news that Cecily, the object of Algernon’s affection, is fabulously wealthy. Even when Jack tries to trade his agreement to the marriage of Cecily and Algernon in return for her agreement to his match with Gwendolen, she refuses. Until that is, a chance mention Cecily’s governess, a Miss Prism. When Miss Prism is fetched, it transpires that she once worked for Lady Bracknell’s sister and during that time left a baby in a railway station inside a handbag… making Jack the son of Lady Bracknell’s sister, and therefore Algernon’s older brother (and his original name was in fact Ernest!). The lovers are free to do as they please and everyone appreciates the importance of being Earnest.

The play is full of the kind of witty humour that Oscar Wilde is rightly famed for – there is word play, sarcasm and great farcical comedy. There are also serious issues underlying the humour – the theme of marriage, for love, for money and for social standing, is very strong. The idea of appearing respectable while living a secret, more hedonist life, is designed to critique Victorian morality.

The Importance of Being Earnest Monologues

Jack
Jack: I fear there can be no possible doubt about the matter. This afternoon during my
temporary absence in London on an important question of romance, he obtained
admission to my house by means of the false pretence of being my brother.
Under an assumed name he drank, I’ve just been informed by my butler, an
entire pint bottle of my Perrier-Jouet, Brut, ’89; wine I was specially reserving for
myself. Continuing his disgraceful deception, he succeeded in the course of the
afternoon in alienating the affections of my only ward. He subsequently stayed to
tea, and devoured every single muffin. And what makes his conduct all the more
heartless is, that he was perfectly well aware from the first that I have no brother,
that I never had a brother, and that I don’t intend to have a brother, not even of
any kind. I distinctly told him so myself yesterday afternoon.
Algernon
Algernon : I haven’t the smallest intention of doing anything of the kind. To begin with, I
dined there on Monday, and once a week is quite enough to dine with one’s own
relations. In the second place, whenever I do dine there I am always treated as a
member of the family, and sent down with either no woman at all, or two. In the
third place, I know perfectly well whom she will place me next to, to-night. She
will place me next Mary Farquhar, who always flirts with her own husband across
the dinner-table. That is not very pleasant. Indeed, it is not even decent . . . and
that sort of thing is enormously on the increase. The amount of women in
London who flirt with their own husbands is perfectly scandalous. It looks so
bad. It is simply washing one’s clean linen in public. Besides, now that I know
you to be a confirmed Bunburyist I naturally want to talk to you about
Bunburying. I want to tell you the rules.

Get your copy now!