The first thing you need to know about Stella Adler, is that she was never dogmatic about a singular method or approach to acting. The “system” taught at the Stella Adler Studio of Acting aims to provide actors with the tools, training, and discipline to cultivate a craft, and a life, that allows you to harness the limitless potential of your imagination when approaching a script. 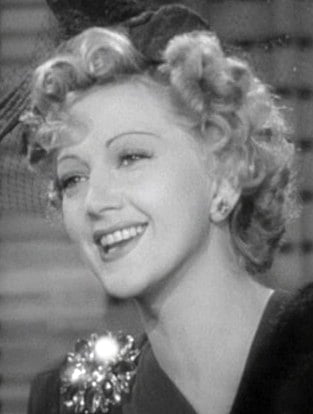 When I was a budding young actor, I took myself over to New York City for the summer to attend the Stella Adler Studio of Acting Summer Conservatory. This was a life-changing experience for me, and it forever shaped the way I approached acting. Below are some of the fundamental principles I learned in the precious few months I was there, along with a smattering of some of my favourite quotes from Stella Adler: The Art of Acting. This is a quick overview of some of the core terms and tenets you will encounter when doing your own research into Stella Adler and her acting “system”, and is by no means an extensive assessment of everything this wonderful woman, and the current Studio in her name, has to offer. I hope that this will spark your interest, and begin you on an incredibly rewarding journey into growing as an actor, and indeed, as a human being.

Awareness work keeps you present in the world and asks you not to make assumptions or judgements, but rather to observe the world around you. But what actually is awareness work? At the beginning of each Adler Technique class, our teacher asked us the seemingly simple question: “what have you learned?” In response, we told our peers something we had learned since the previous class in a simple statement: a statement free of judgement or preconceived assumptions. This sounds simple, but you quickly find that you navigate the world clouded by judgement. Stella Adler’s “system” encourages actors to have size and a depth of understanding, and judgement prevents size. Awareness is about seeing something for what it is, and not how you feel about it, and it allows an actor to work from a place of understanding, and not from feeling.

Personalisation is about how you interact with your own past, and how you work off the past to bring to life a character in the present. Characters will lack details that exist in your own life. This is why it is crucial that you personalise the role you are playing. Importantly, this is distinct from the “emotional memory” work employed by some of Adler’s contemporaries, which involves substituting your own experiences for those of a character. Adler’s thoughts on that type of work:

“Nowadays a lot of what passes for acting is nothing more than finding yourself in some character. That doesn’t interest me. Of course you have to bring your own experience to bear on the characters you play, but you have to realize right from the outset that Hamlet was not “a guy like you.”

Instead, the “system” asks actors to look at their past with awareness (and not judgement) and at somewhat of a distance. The result is that you bring yourself, and your past experiences, to a role, rather than putting yourself in the past in order to relive old memories. By doing so, you keep yourself in the present; your ego lives in the past and the future, and an actor needs to stay in the present!

This is an exercise in personalisation we were asked to do at The Stella Adler Studio of Acting, that you can also find in her book:

“I want you to read The Prophet by Kahlil Gibran […] I want you to take one of his ideas, paraphrase it, write it out in your own words, then come back here, stand on stage and give it to us.”

Imagination and Given Circumstances

“You have to go beyond your own precious inner experiences now […] Your experience is not the same as Hamlet’s — unless you too are a royal prince of Denmark. The truth of the character isn’t found in you but in the circumstances of that royal position. The action of Hamlet, to decide whether to live or die, has to match his circumstances, not yours. Your past indecision on who to take to the prom won’t suffice.”

This is where Stella Adler’s infamous focus on detail comes into play. When imagining the given circumstances of a moment, it isn’t enough to say, for example, ‘they are having dinner’. What are they having for dinner? In which room? What is the tablecloth like? The cutlery? The chairs? The table? Although these circumstances are dictated by the play, an actor needs to have an imagination that can match the play’s demands: “If you need a lemon tree but have never seen one, you will create some kind of lemon tree for yourself, and the more details you give it, the more you’ll accept that you’ve seen it.” The more detail you can feed your imagination with, the more you will be able to ‘de-fictionalize the fiction’.

An exercise I was given at the studio, is to choose someone you are in a relationship with. Examine the specifics of your past with this person, and choose a gift that you want to give them in the present. This gift needs to symbolise the essence of the relationship. Draw it, write about it, describe it, imagine it, until you can see it, in all it’s detail, in your mind. Then, you must describe this gift to an audience. You will find that your ability to see it for yourself is directly linked to an audience’s believing you and being able to see it for themselves.

In the Stella Adler “system”, actions are the method by which an actor justifies what their character says; the way you play your character is by playing actions. But what are actions? Simply put, an action is a verb that your character is enacting towards another character. Stella Adler has been famously quoted saying “your talent is in your choice”; this is where those choices, and therefore your talent, really shine. To develop your ability as an actor, you need to get very familiar with verbs. Learning better verbs (verbs outside of your current vocabulary) will extend your ability to create specific actions for your characters. You may be wondering why actions are always verbs. Importantly, actions need to be ‘doable’. And verbs, specifically in their gerund form, are almost always doable. Stella Adler emphasises that an actor can do things that will make you feel what you need to feel, but you can never work the other way around. Feeling is a by-product of doing, but it should never be the main focus of an actor. By focusing on actions, an actor stays connected to other actors, rather than focusing on themselves.

One of the most incredible things about Stella Adler was her emphasis on an actors’ connection to the greater world, and the social responsibility that comes with that. According to Stella Adler, being interested and engaged in culture, history, politics, and society is crucial to being an actor, and doing work that is meaningful. Often as actors we can get lost in our own small world, full of introspection and self-focus. Stella Adler demanded size from her actors; size that can only come from a connection to humanity.

In an industry that can often place actors at the very bottom of the hierarchy, Stella Adler encouraged actors to be independent by bringing their own point of view, and their own mission to their work as an actor. She warned against the societal pressures of success and offered instead a version of success that is self-defined; an actor can only achieve success when they can think for themselves and pursue meaningful, good work:

“Today the influences of your society pressure you to be successful before your time. They are pulling you down. They have pulled you down, you big, sweet, magnificent, young, potential artists. […] I want you to be able to say “They can give me the part or they can take away the part. I know I’m an actress. I know how to live with my work, whether or not they give me the part. I know without them giving me the chance.”

For more information on Stella Adler:

If you are interested in learning about the Stella Adler “system”, I cannot recommend enough her book “Stella Adler: The Art of Acting” compiled & edited by Howard Kissel, prefaced by Marlon Brando.

Violette is an actor, writer, and theatre-maker based on Gadigal land / Sydney, Australia. Violette trained at the National Institute of Dramatic Arts and now works on projects in both stage and screen. In her spare time, Violette is a pretty dedicated rock-climber, gardener, and gamer... and a very average saxophonist.

Why ‘The Invisible Actor’ is my Ride-or-Die Acting Book