Not all practitioners make great teachers, and not all teachers make great practitioners. If there is an exception to that rule, Uta Hagen would be it. Not only was she a titan on the stage, but she went on to teach some of the best actors in the world and create a “system”, if that’s what we want to call it, unrivalled by others. Less a “system” and more of a philosophy to acting, Uta Hagen’s main goal was always to allow actors to bring their true selves to every role, to create living breathing human beings on stage, and to tell engaging and thought-provoking stories.

“In terms of theories, I’ve found one book that I can read and not be hurt by and that’s Respect for Acting.” – Alan Rickman

Born in 1919, Uta Hagen and her family immigrated to the United States in 1924 settling in Madison Wisconsin, where Hagen grew up. She began acting at an early age, performing in the local high school, university and community theatres productions. Hagen then went on to briefly study at RADA before making her way to New York where she made her professional debut as Ophelia in Shakespeare’s Hamlet.

Hagen had a sweeping career as one of the finest actors of her generation, acting along with some serious heavyweights. She did not have early success in film as she was among those blacklisted by Hollywood during McCarthy’s HUAC hearings, most likely due to guilt by association. But continued to work in the theatre, earning her first Tony in 1951 and her second in 1963 for originating the role of Martha in Albee’s ‘Who’s Afraid of Virginia Woolf’.

Hagen went on to become one of the world’s finest teachers and scholars of the art of acting, beginning her career as a teacher at HB Studio in 1947, where she taught until her passing in 2004. Hagen, having a deep and unquenchable passion for the craft, wrote Respect for Acting in 1973. She later revised it in 1991 in a book titled A Challenge for the Actor. There is no doubt of Hagen’s incredible contribution to the art form both on and off the stage.

The first part of any good acting technique is preparation, and that’s where we begin with the Uta Hagen technique. If you don’t know what you’re doing, and why, you’ll simply be flailing around in the dark. For this very reason, Hagen advocates for you to know exactly who you’re playing before you even utter your first line. Know as much about them and their world as possible (within reason) that you can. And there are a few ways she does this.

Object exercises were a staple, if not the bedrock, of the Uta Hagen Technique. The basic premise of them is to create a more rich and alive relationship between the actor and the world they’re inhabiting, while simultaneously carving a deeper understanding in the psyche of the actor, the needs, wants and motivations of the character. I’ll try to lay them out as concisely as possible.

· The Basic Object Exercise: Recreating behaviour which leads to the achievement of a simple objective.

· Three Entrances: Preparation and its influence on the entrance.

· Immediacy: Dealing with the problems of anticipation while searching for something lost or mislaid.

· The Fourth Wall: The guarantee of privacy while using, not ignoring, the visual area of the audience.

· Endowment: Dealing with objects which cannot have total reality because they might otherwise totally control you; heightened reality.

· Talking to yourself: The problem of the monologue.

· Outdoors: a) Relationship to space and nature b) Finding forward-moving occupation without the help of furniture or props.

The last two exercises employ a character from a play:

· History: Identifying with and finding realities of historic time and place (the character taken out of crisis in the play).

· Character Action: Objects as they affect two different characters in terms of behaviour.

Now we get to the part of the technique where we apply what we’ve learnt. The Role and the Play. If what we’ve looked at is Philosophy, then Exercises, these are our Tools. Let’s take a look.

Like many acting techniques, the first contact with the play is revered. Hagen said: “When an actor first reads a play, they are the audience”. As you read the play, let the story overcome you and allow your subconscious instincts to ruminate and play. Your initial thoughts and instincts are gold. Pay attention to them. Hagen goes on to say you should read the play again and again and again but after your first read, start to ask yourself questions, and take lots of notes. Why does my character say that? What purpose does this scene serve in the play?

“The difference between she and I is crucial”. Who am I? When confronting your character it is a lot more beneficial to you to find your similarities as opposed to your differences lest you create a bigger abyss between you than when you began.

The circumstances given by playwright must be dug out of every word they’ve written. Circumstances inform every single action we take on stage. They are the key to truthful performance because if you don’t understand your circumstances you’ll be acting in a different scene to the one that’s going on. The more you know about what’s going on in the world around you the better.

This technique has its roots in Stanislavski’s Method, but is often attributed by actors to Hagen for the way in which she refined and (arguably) perfected it.

Once you have studied the play enough, you’ll have a general idea of what your characters’ relationships are to the people, places and things around them are. Now you can begin to carve detail into said relationships. This again can be achieved by really and truly digging deep into the text.

Human beings’ actions are largely governed by what they want. Find out what you want in the overall arch of the play, in each scene, and in each moment, and you will find your objective. Again, all of the information you need is in the text. Take it and run with it.

This one is pretty self-explanatory. What do I want? And what’s in my way of getting it? When you have found what your objective is you can hunt down your obstacle by paying close attention to the other characters in any given scene.

Acting is not stage business. Acting is certainly not reacting. Acting is doing. Uta Hagen is famous for going through her scripts and crossing out any prescriptive actions before a line such as “Angrily” “Happily” “Sadly” etc. etc. If objective is what you want, and obstacle is what’s keeping you from getting it, then action is HOW you get it. Once more the only way you’ll find this is in the play. And it may change depending on whatever the other actor is throwing your way, or depending on if you’ve realized something you hadn’t before.

Hagen has some key principles when it comes to rehearsal. The first being: be professional, this means punctuality, preparedness, general decorum and behaviour, and putting in the work. You are, after all, here to provide a service. To keep it simple Hagen’s general approach to rehearsal was that it was an opportunity to probe, question, analyse and work. She said you should never finish a rehearsal simply because it “felt good” but should explore every avenue of the piece until you feel completely comfortable and alive!

What Hagen was getting at here in general terms is that no artist works alone. Ultimately after all is said and done, what you’re doing is for an audience and you must be able to clearly communicate what you’ve created, or else it was all for naught.

Please read one if not both of Uta Hagens books! If you are only going to read one, read her most recent work, ‘A Challenge for the Actor’. The other is ‘Respect for Acting’

If visual aids are more your style check out this amazing class filmed at the HB studio relatively recently with some of Hagen’s students: 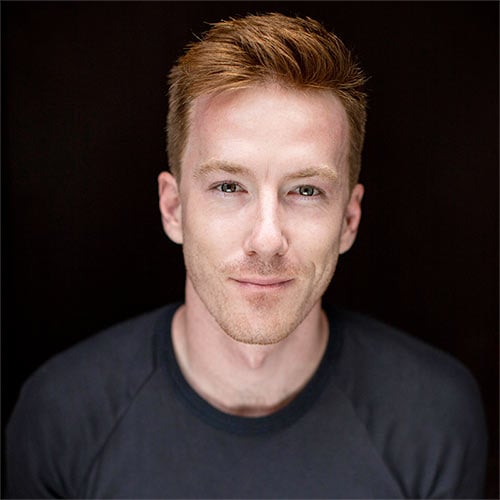 How to Act Chekhov