What Makes a Great Voice Over Demo? | StageMilk

StageMilk / Voice Acting / What Makes a Great Voice Over Demo?

If you are keen on pursuing a career in voice over it all begins with a great voice demo. For those of you who are keen to know more about what makes great voice demos, these are my thoughts…

Note: Outside of StageMilk, I work as a voice-over producer and I absolutely love it. I make voice reels for actors and I also record professional voiceovers for companies around the world. Over the last few years, I’ve learnt a thing or two about voice demos and breaking into the industry. So what follows is my advice on how to produce a voice demo that will actually help you break into the industry:

#1 Always Start With a Commercial Demo

Even if you want to get into accent or character work, I would always begin with a commercial demo. This is a collection of around 4-7 short advertisements (5-30 seconds) from radio or TV commercials. This is the most common form of reel, as it’s the most common type of work you’ll get as a voice-over artist. You can use this reel to try to secure voice representation and also get professional gigs. Once you have a few jobs under your belt, then you can look into more of the fringe voice over work, such as character animation etc.

A voice reel is like a showreel and headshot combined. It is literally all you have as a voice-over artist to get you work. They don’t care how you look, just how you sound!

NOTE: if you are keen to do corporate work or audiobooks, I would just include a few straight, less adventurous reads on your reel. You can also record a short sample from a book separately. You can then send this sample to anyone who asks, or list the sample as a “Narration Reel” and build this up over time.

Don’t try to cram too much into your first reel. 5 or 6 spots is more than enough (many producers and agents even say that’s too much, encouraging actors to stick to around a minute). My advice is around 1.30. I wouldn’t go past 2 minutes unless the work is flawless and showing a lot of range. Quality over quantity when it comes to voice over demos.

When it comes to scripts, find commercial voice over scripts that are straightforward and aren’t going to leave you tongue-tied in the vocal booth. Aim for ads that aren’t complex for the listener, but instead, showcase you and your voice.

Some countries like the US recommend having an even shorter reel and will encourage actors to aim for around 1 minute exactly.

But whenever you are based short and sweet is the key; keep them wanting more.

Read: Getting into the Voice Over Game

When I spoke with the head of RMK Voices, the biggest voice agency in the country, he emphasised the importance of a reel being unique. Too many reels use scripts from the same sources and therefore they all sound the same. You want your reel to be unique and stand out from the pack! Dig deeper and avoid hackneyed scripts. Those of you who are writers, get creative and write or tweak your own ads.

NOTE: I would start listening to the radio, recording the ads and then transcribing ones you love.

Ok, this one is hard to do avoid, and you will likely have a few well-known brands in your reel, but most voice over agencies and producers know who the voice of Mazda or ABC is, so it comes across more obviously as a “reel”. You want your reel ideally to give the impression that it’s a collection of professional work.

The other problem with using big brands is that it can turn advertising agencies off if they do believe you are already the voice of a particular company. I would aim to either cut the product name altogether or use smaller, more obscure brands.

Like with a showreel, put your best work at the front end. Producers most likely won’t be listening for more that 30 seconds (some would even say 8 seconds), so your first two spots are vital. You also want to make sure you have a confident, and natural introduction. This can be really simple, but aim to be open, welcoming and self assured. No “please enjoy my voice reel”. You have to back yourself 100%.

If you are struggling to tell what is your best work, reach out to some experts. Ideally your agent, or a voice-over coach. You may have to pay for this, but it will be a good investment.

I have mentioned throughout this piece I am an advocate of simplicity and authenticity. We don’t want crazy voice demos packed full of every accent under the sun, however, we still love to hear some range.

I recommend that for a commercial demo you keep it natural and in your own voice/accent, but still explore different styles and as much colour as you can. Look at:

Note: it’s worth reiterating that you don’t want to go too far with range. If you show too much it can actually be hard to discern what the essential style of the voice is. Typecasting is often used as a dirty word in the industry, but being typecast can be helpful early on and you want to make sure there is a unity within your reel so that brands can book you for certain jobs. 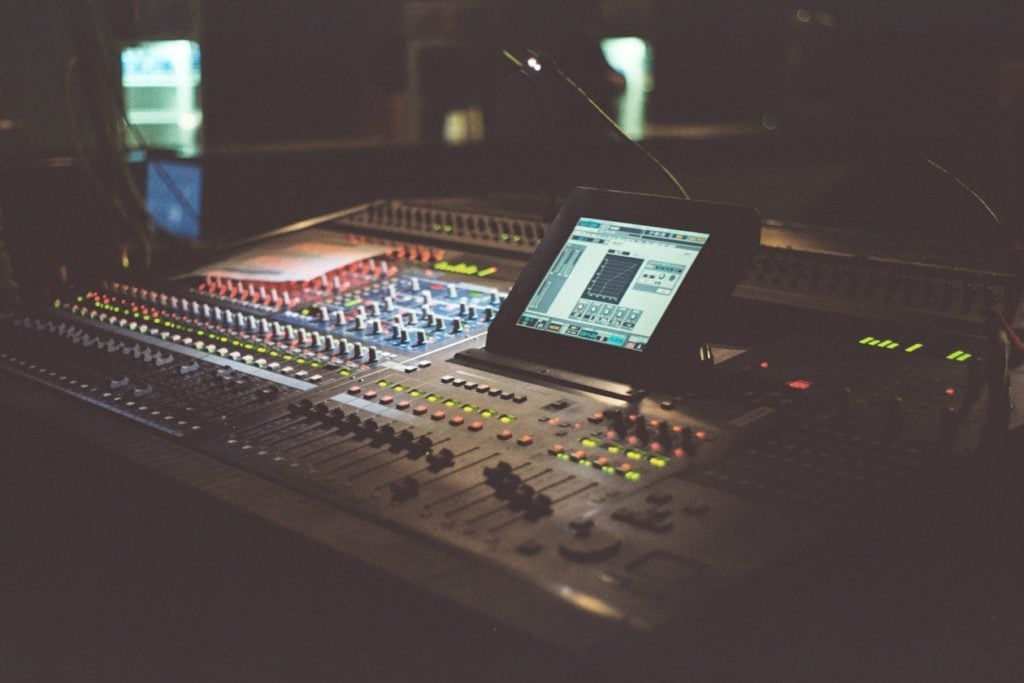 #8 Go to a Professional Studio

Getting a reel made can be expensive, but please go to a professional voice reel studio or producer, don’t do it with mates or at home. Even if you have some experience, the end result will sound amateur and you might be chasing up your audio engineer mate for months to come. Chat with a few different companies or individuals, and find someone you resonate with.

One great way to break into the business is to get your reel produced at a professional voice over studio. Assuming you can nail the reel and show confidence and versatility in the session, you will likely end up getting work from the producer/studio. This can be potentially more expensive, but it’s a great way to get a little head-start in the industry and meet some people.

Voice over work is super lucrative, and once you’re in, it’s a lot of fun. But if you want to break into the industry it all starts with an impeccable voice reel. A reel that showcases your individuality and flexibility.

As I mentioned before, I am a voice over producer myself and work out of a professional studio in Sydney. If you are keen to record a new voice reel in sydney, please don’t hesitate get in touch for a quote or even just some advice: [email protected]

10 Ways to Optimize a Voice Over Session