You’re acting career is in a state of inertia

This is an awful position to be in: you’re motivated, passionate and yet you feel like you’re going round in circles. You’ve wanted to be an actor for as long as you can remember, but it’s just not working out. Let’s start with some honesty: as actors, we often like to blame external factors for our lack of success, however, though luck plays a big part in establishing an acting career, there is plenty you can do to get things moving. The first step is identifying where things are going wrong.

These are a few reasons why your acting career is is stagnant:

B. The industry doesn’t care.

The end. Their are no other mysterious reasons why you’re not having the acting career you dreamed of. To get your career moving you need to get proactive and work on resolving one or more of these issues. There is a lot of cross over and sometimes solving one area will have a positive impact on the rest. This list should offer some great ideas to help you on your way to becoming a more fulfilled actor. Let’s get started… 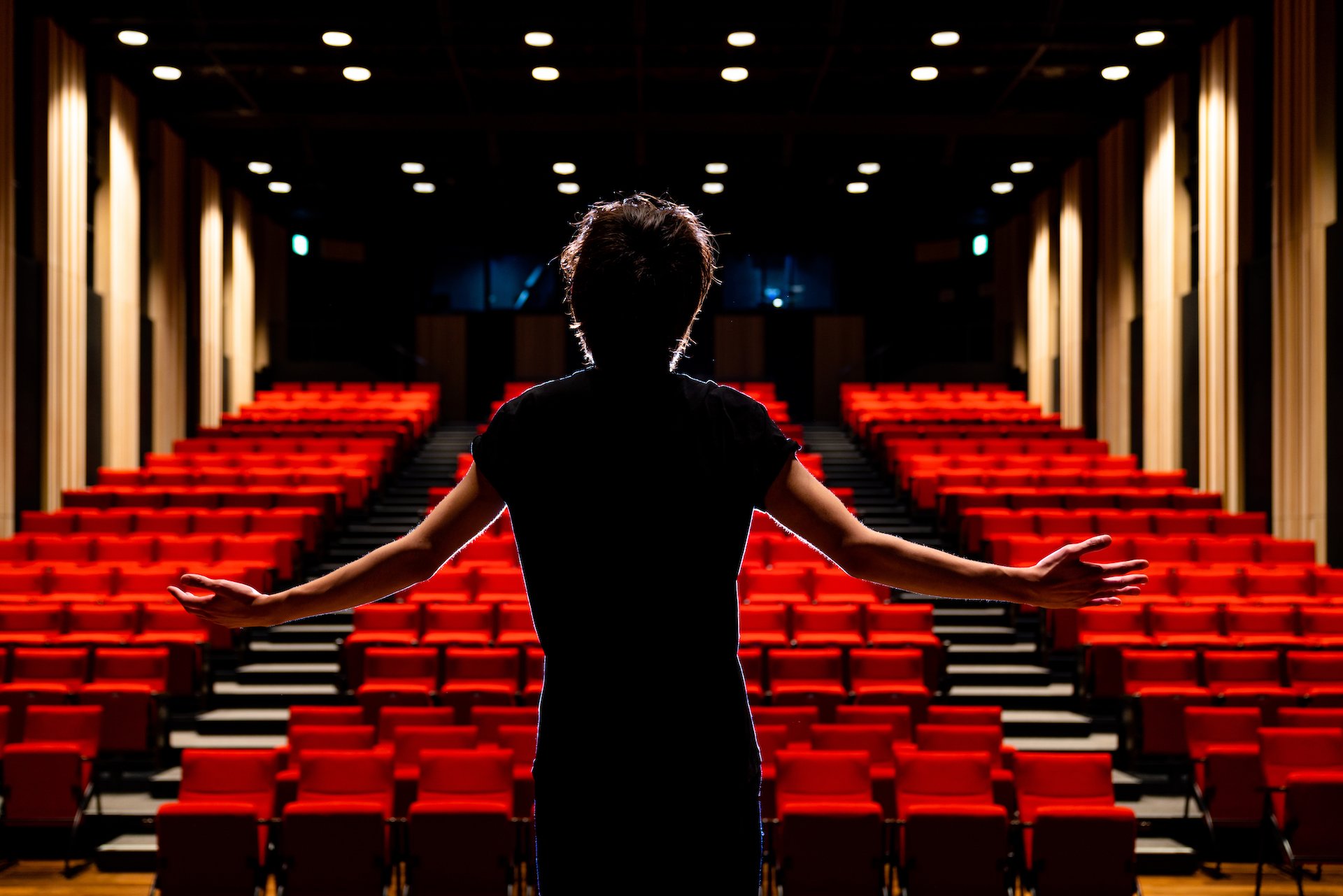 To have a career as an actor you have to be good. It’s stupidly competitive out there and if you’re not great at what you do there are about a thousand other actors who can play the part. Well trained drama school grads are being pumped out yearly, and even actors with tonnes of industry experience are unemployed. So everything you audition you’re competing against some very good actors! (Sorry to kill the mood…)

How to be competitive as an actor:

1. Go to an acting class. Be honest, when did you last actually act?
2. Audition for drama school. Undoubtedly the best thing you can do for your career.
3. Join StageMilk Drama School. It’s an online drama school for those who don’t have the time or money for drama school.
4. Read 8 plays a week. I DARE YOU. [VIDEO]
5. Read the complete works of Shakespeare.

6. Take a voice lesson. Is your voice letting you down. Take a lesson.
7. Do a voice warm up everyday.
8. Find a mentor or older actor to get advice.
9. Learn your theatre history!!!
10. Read an acting book. Best acting books here.
11. Find the truth in every moment. Don’t do too much. VIDEO
12. Go out and observe people.
13. Play with your voice as much as possible. Break into a theatre and say a monologue on stage.
14. Record your voice.
15. See great art. Being creatively inspired has a direct impact on your acting.
16. Get dumped. Life experience is what will make you a better actor.
17. Learn how to tell a great story. This is the cornerstone of acting.
18. YOGA. Start a movement practice. You’re movement is letting you down.
19. Do something physical everyday.
20. Read poetry; write poetry.
21. Read. Read. Read. Actors are the bastions of language.
22. Teach. Teaching is a great way to become a better actor. Learn through doing.
23. Act. Whether it’s a monologue or scene, get together with friends and act.
24. Watch great acting. Learn from great actors. [Awesome TV Shows for Actors] 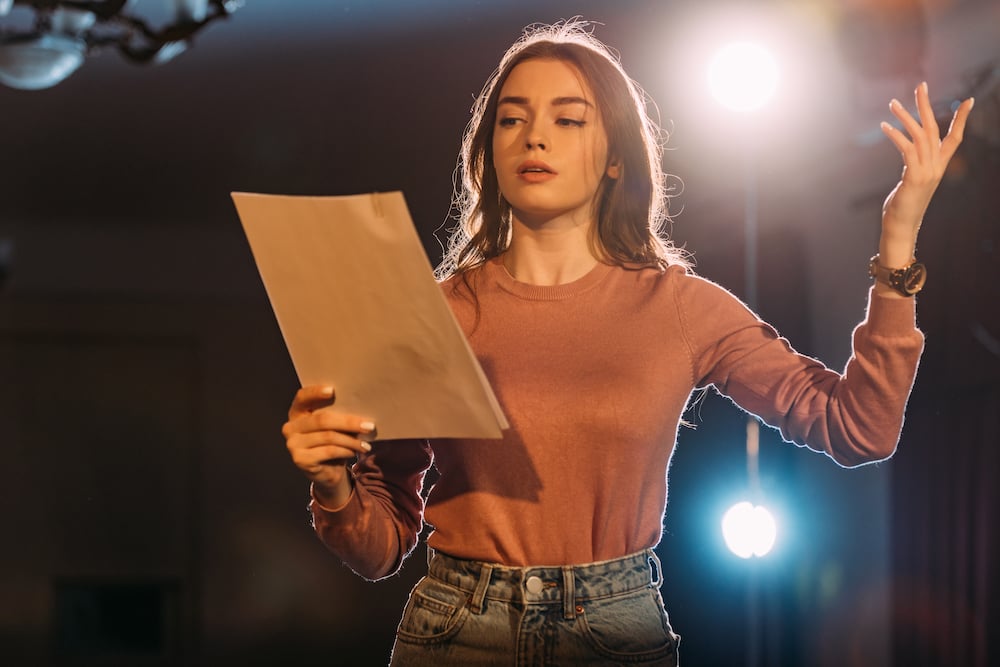 B. The industry doesn’t care

So you’re a great actor (or at least you think so). Being a great actor means nothing in a vacuum. If the industry doesn’t know who you are then you won’t get auditions, and therefore no roles. You’re career is stagnant, well let’s see what we can do.

How to get the industry to take notice:

25. Get new headshots. Yes they’re expensive, but how long has it been?
26. Update your showreel. Don’t be too clever, just film a great scene or self tape. Best scene first.
27. Get an agent. You need an agent!!!
28. Have a meeting with your agent. Haven’t auditioned in a while? Have a sit down.
29. Get a new agent. Meeting sucked? No auditions. Might be time to make a move. Finding a new agent.
30. Produce a play. Get some friends together and put on a play.
31. Make a short film. So you wrote a great idea – make it.
32. Make a feature film. I DARE YOU.
33. Volunteer on film projects.
34. Make a podcast.
35. Write sketches or comedy scenes.
36. Have an OPINION.
37. Buy some new clothes
38. See a stylist.
39. Change your hairstyle.
40. Refine your American accent.
41. Refine all your accents. When opportunities come you don’t want to mess it up because of a dud accent.
42. Engage with your local industry.
43. Read every play in a theatre company’s season.
44. Move to a bigger city.
45. Go to opening nights. Get involved in the industry.
46. Stop playing victim to the industry.
47. Write a grant application.
48. Be prolific!
49. Join a gym. The industry can be superficial, so why not get in shape.
50. Email a casting agent. Agent doing nothing? Time to get proactive.
51. Update casting profiles. Or JOIN them if you haven’t already.
52. Email 10 people you want to work with.
53. Research the industry. Don’t know how it works? Learn. 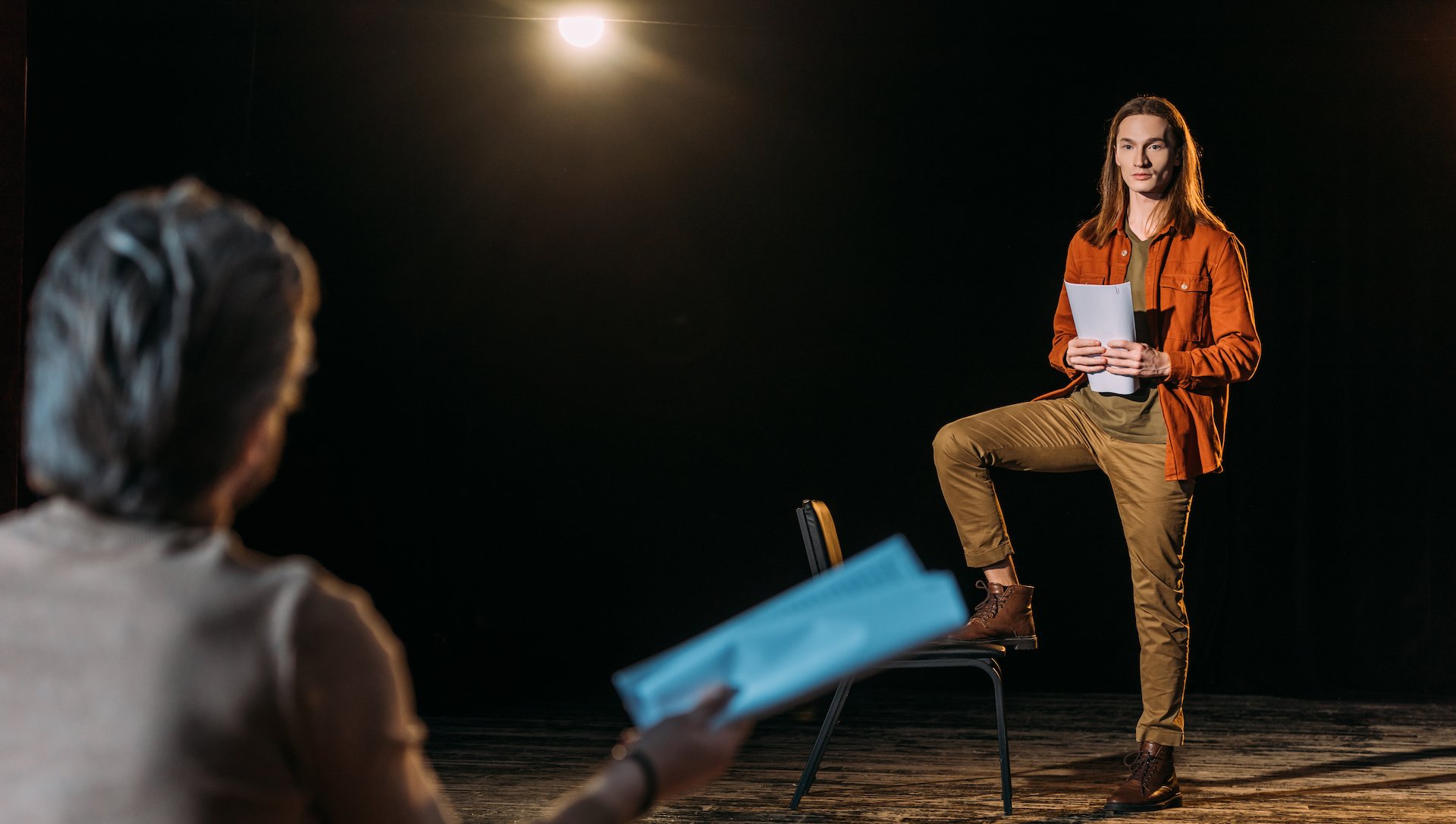 So you’re not a bad actor and you’re getting auditions. That’s a good start, but unless you are able to get on top of your nerves and do great acting in the audition room, you won’t be booking work.

Auditioning is a separate craft to acting, so how do you get better at auditioning?

54. Do an audition intensive. These are acting classes specifically about auditioning.
55. Film self tapes. Get together with friends each week and film a scene.
56. Audition more. Audition for some local shows for experience. Be proactive.
57. Learn a monologue. No one wants to act with you? You’re going solo.
58. Learn a scene. Found a friend who can act? Do a scene together. Great experience.
59. Read out loud each night. Practice your cold reading.
60. Audition Hygiene. Maybe it’s not your acting letting you down.
61. Dress for auditions. Look at what you’re wearing to an audition.
62. Get on top of your nerves. If nerves are messing with you, you need an action plan.
63. Back yourself. Take ownership of the audition room – it’s your audition after all.
64. They want you to be right. They asked for you and they want you to be the one. Relax.
65. Opportunity to act. Auditions are an opportunity to act. So enjoy! – Bryan Cranston
66. Learn your lines. Be solid with your lines.
67. Use an acting technique. Don’t just learn your lines. Do some work.
68. Research. Watch previous episodes if it’s a TV show, or past films it’s a film audition.
69. Know the tone. It’s not just about your acting. Know the genre and tone of the project.
70. Let go of the outcome. 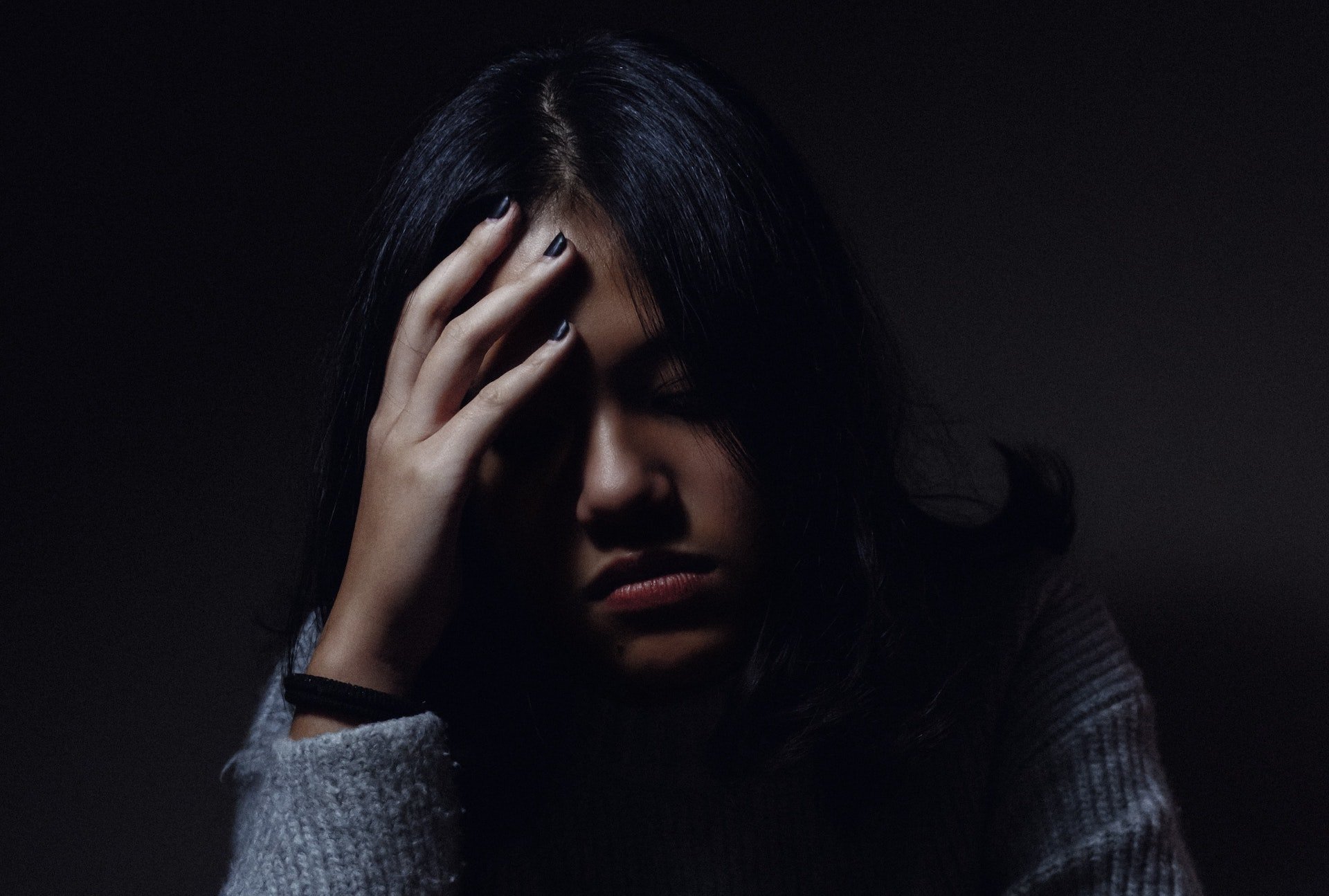 71. Watch some theatre. Just book a ticket today!
72. Watch a great film. Should be doing this at least once a week.
73. Write a short film. Got an idea? Well think of one.
74. Do an indie show. You love acting after all.
75. Start a play reading group. Even if it’s just a few mates, get together and read a play.
76. Direct. Direct a play, film, anything.
77. Buy a camera 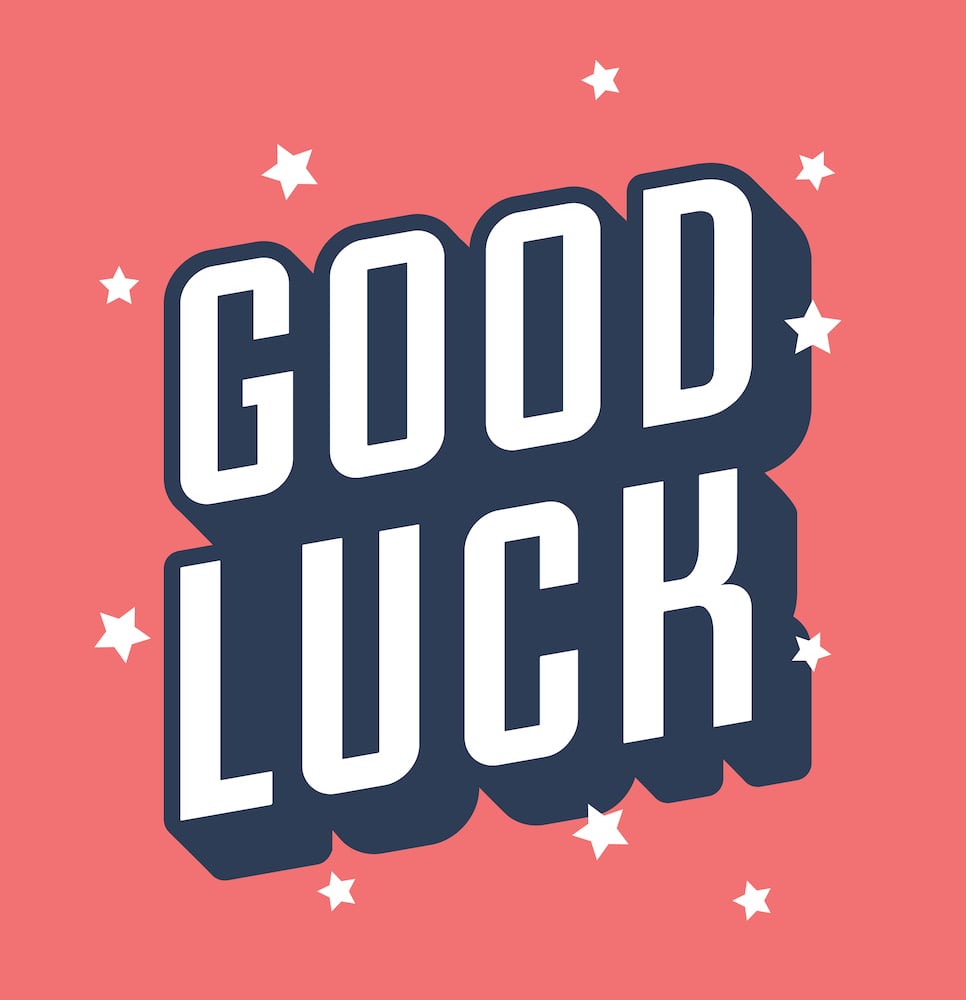 What Actors can Learn from Acting Games